It looks as if Wesley Matthews is finally playing up the standards of his contract! Eight games into the season and he has five games where he has cored 20+ points! This is it! This is the year that Wesley Matthews is going to lead the Mavericks to the championship! Oh, wait, no it is not. Wesley Matthews is averaging 18.6 points per game and yes it is early in the season but that is the highest scoring average he has as a Maverick. On paper and to non-Mavericks fan that sounds great, he sounds like a solid third or fourth option. However, as a Mavericks fan, one can see through this facade by just watching any one of the games. Matthews is shooting about 40% from the field and most of the time is attempting more shots than our leading scorer from the last two seasons, and both of the Mavericks’ young corner stones. In no situation should Harrison Barnes, Dennis Smith Jr., Luka Doncic and DeAndre Jordan be watching Wesley Matthews playing iso-ball or posting up in the paint. Yes he has some success in playing like that but some success should no translate to becoming a primary offensive player.

For Halloween, the Mavericks played against the Lakers and oh boy was it looking scary for the Mavericks in the first quarter. But Matthews was having himself a game, he was the only start that had a positive +/- and had 16 points while shooting 66% from the field. Honestly, most Mavs fans probably felt as if Matthews was about to make them eat their own words and regret all the trash talking they did on social media and make them close all their tabs open with the trade machine fired up to trade Matthews. However, in the second half, all Mavs fan were smacking their palms on their forehead not only because Matthews’ game disappeared but because he is most likely the proximate cause to why the Mavericks lost the game! Matthews shot 33% from the field in the second half and with the game tied with like less than five second remaining, he fouls Lebron James which led to Lebron making the game winning free throw that put the dagger through the hearts of so many Mavericks fans. For a second it felt as if J.R. Smith was on the floor with the unawareness that Matthews displayed by fouling while thinking there was a foul to give.

On a side note, and this might just be a stretch, but if you look at the body language of other players during the game, it seems as if they are not as happy about Wesley Matthews’ basketball decisions. In two separate games, two players (Luka Doncic and Dwight Powell) have expressed frustration with the ball not being passed to them. Now, some sources and fans on social media think that frustration was directed to the point guards for not passing them the ball. It will probably be more reasonable to believe that this frustration is directed to the person who is chucking up about fifteen attempts a game and bricking 60% of those shots.

This sounds as if there is a lot of hate for Matthews, which there might be, but this is just a disgruntled Mavericks fan who is frustrated to see a player that was the toughness and passion of this team for the last 3 seasons to now being a thorn to the team’s side. Matthews’ role is to defend the other team’s best offensive players and to swish in those open catch and shoot attempts from behind the arc. If he goes back to that role, all negativity will vanish. That is a guarantee.

Maybe it is too early for all of this panic and hate, maybe the fans are not watching the same game as Coach Carlisle and the rest of the Mavericks organization. Again, its still early in the season, maybe the roster hasn’t finished clicking yet and we are about to see 10 game winning streak, but it is frustrating seeing the Mavericks lose close games that it is almost inevitable for the fans to point a finger at a single player and put the blame on that person. Overall, the most positive aspect from the Mavericks losing these “win-able” game is that there is a frustration and disappointment amongst the fans. MFFLs know the Mavericks are a significantly better team compared to the last two seasons and MFFLs should be grateful that the feeling of “of course we lost” is changing to “we should have won that game!”. Let’s just see as the season carries on if Wesley Matthews will be able to stick to his plan and quiet the critics or he will learn to fit into the role that will benefit the team … PLAY DEFENSE AND MAKE THREES!!!!!!!

Leave comments below of solutions or theories on the Wesley Matthews situation. Should the Mavericks trade him? Bench him and start who? Play it out through the season? Blame the coaching staff or Matthews himself?

Aside from the Wesley Matthews situation, what the Mavericks really need to focus on is how they are going to increase that number on the win column. Maybe they need to do a quick “flash back Friday” in observance of “No Shave November” and throw it back to 2013 when the team decided to not shave until their record was back to .500. Who knows, maybe that’s the extra motivation they need and can get them out of this slump. 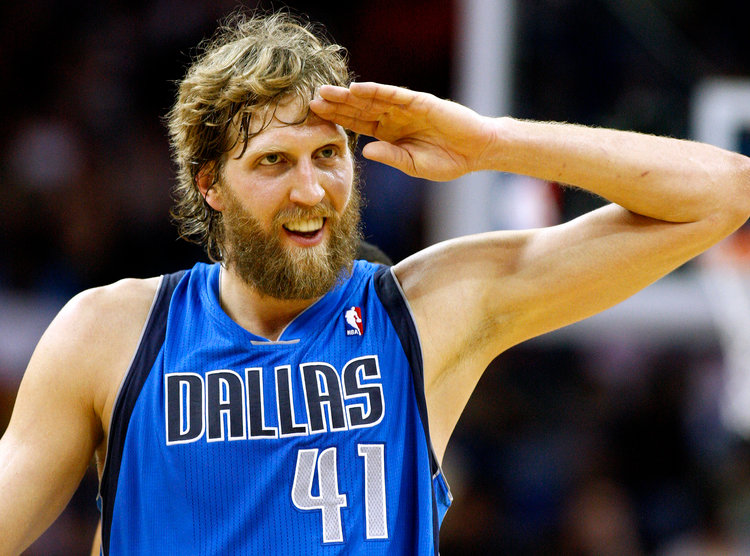 Don’t forget to tune in tonight as the Dallas Mavericks host the New York Knicks at the American Airlines Center at 7:30 pm CST/ 8:30 pm EST. Hopefully tonight the Mavs are able to break this losing streak and Matthews can redeem himself.