Wednesday, February 1st, 2023
THE LATEST
Home Stars The Selected, and Snubbed in Dallas for the NHL All-Star Game

On Saturday February 4th, the NHL will be hosting it’s annual all-star game down in Sunrise, Florida. Along with the skills competition taking place February 3rd. For this year, the Dallas Stars will be sending Jason Roberson as well as the head coach Pete DeBoer to the festivities that weekend. With selections come the snubs, and we will be cover the guys who were selected as well as overlooked.

DeBoer won the right to the head caching duties of the central division team for all-star weekend. DeBoer won the contest by having his Stars finishing with the best points percentage of any team in the central as on the night of January 10th.

In two weeks, DeBoer will be coaching in his first ever all-star game in his 16 season of coaching in the NHL. An honor to go along with the Prince of Whales trophy with the New Jersey Devils, and the Clarence Campbell bowl with the San Jose Sharks in 2016. As eastern, and western conference champions respectively. As well as winning one divisional championship with the Vegas Golden Knights in 2020, and threatening for a central banner

The first selection from Dallas to represent the Stars down in Florida. An obvious choice as Robertson consistently ranks in, or near the top five in points across all 32 NHL teams. Scoring goals routinely like here.

With his big size and silky smooth hands Robertson ranks first in goals, assists, and points for the Stars. A regular on the Stars’ top line, and regularly scoring on a nightly basis. Helping the Stars to be one of the top offensive, and power play teams in the league.

Stars fans are no strangers to seeing their athletes get overlooked by the mainstream. It’s an annual occurrence whether you’re talking about season awards, or all-star game voting. Despite their impressive seasons this far Miro Heiskanen, Jake Oettinger, and Roope Hintz did not get enough votes to travel to south Florida for all-star weekend.

Heiskanen is arguably a top five defenseman in the NHL who consistently plays a 200 foot game. Not only is Heiskanen one of the best on the defensive side of the puck.  Especially with his use of the stick he’s having a career year offensively as well.

Despite being top five in save percentage, goals against, and shutouts across the league Oettinger somehow will not be going to the Sunshine State to represent Dallas. Otter will not allow this shade to get in the way of his mind, or game. We can expect, and appreciate Oettinger to continue to be a top five goaltender, and feel pretty good about the netminding come playoff time. 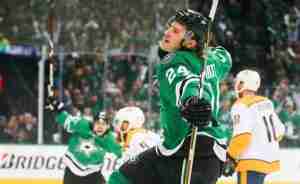 Last but not least, the other snub from the all-star game is the underrated, speedy 200 foot playing center Roope Hintz. A coaches dream, Hintz is everything you want in one athlete. From defense to blowing by opposing defenders, and scoring shorthanded. From winning faceoffs to physical play to the cellys. Hintz is the quintessential Star in Dallas; underrated as a player, and overlooked because he plays in Dallas. Hintz is Stars hockey.