Born in Sweden and raised in Colorado, Fredrik aka Freddy Olofsson has built himself a hardworking journey to make it to the NHL. From playing in the minor leagues in America to bouncing back and forth from here, and Sweden. 26 year old Olofsson has always stayed true to the game, and on New Year’s Eve scored an NHL goal he’ll never forget.

Playing the San Jose Sharks on December 31st, Freddy scored his first ever NHL goal. Not only was it a milestone for the well traveled left winger, it was also the go ahead goal. When the contest was going ba ck and forth, Freddy scored what went on to be the game winner in a 5-2 victory. Breaking the dreadnaught when the score was two all.

For five years, Olofsson played for the AAA hockey league with the Colorado Thunderbirds. Playing in a tier one elite league. When Freddy would go on to sign in the NHL with Dallas, the Thunderbirds sent their best wishes to one of their alumni.

In junior hockey, the young forward first played for two teams in his four seasons in the United States Hockey League. From 2013 – 2014, Olofsson played 68 games with the Green Bay Gamblers. Traded roughly midway from Green Bay to the Chicago Steel, Olofsson played 81 games in two seasons for Chicago.

From 2016 to 2019, Olofsson played college hockey with the Mavericks of Nebraska Omaha. In 137 games in his four years, Olofsson tallied 95 points (35 goals, 60 assists). Also earning the letter A for alternate captain in his final season.

Before his time playing for Omaha, Olofsson was going to sign with the Colorado College Tigers. He would’ve played with his brother, Gustav Olofsson, if he didn’t decide to play for Omaha.

After his four collegiate years, Olofsson signed with Chicago Blackhawks’ affiliate the Rockford Ice Hogs on an amateur tryout. A very short stint in the Blackhawks’ organization which only lasted two games. After Olofsson saw his game struggle in the minors he decided to change things up afterwards.

In 2020 he played for Modo hockey in the HockeyAllsvenskan. Putting up 34 points in 52 games. He would go on to play in the SHL (Swedish Hockey League) for the next two years. Playing for IK Oskarshamn, Olofsson put up 76 points in his 100 games with the club.

On May 19th 2022, the Stars signed Olofsson to a one year contract. Cementing his hard fought journey to make it to the plateau of competition in his sport. He was rewarded for his dedication, and perseverance to the game. 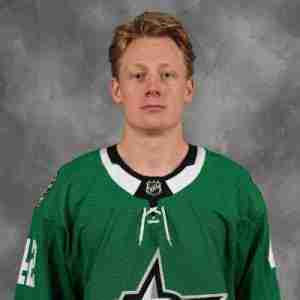 As Olofsson looks to become a regular in the NHL, the coach is giving him opportunities after scoring a game winning goal in his NHL debut. DeBoer spoke on shuffling the lines, and the potential Freddy has to continue to stick around.