Wednesday, February 1st, 2023
THE LATEST
Home Mavericks Where do the Mavericks go from here?

On Thursday, December 15th the team announced that F Maxi Kleber will be out indefinitely. Kleber was diagnosed with a torn hamstring that will sideline him for a minimum of 6-8 weeks. This is the same injury that Bucks’ F Khris Middleton suffered in 2016, which kept him off the floor for 6 months.

Kleber’s injury creates a significant hole in the Mavericks’ defense. He is one of the better defenders on the roster, who also provides a refined pick and pop threat alongside Doncic. As we know, surrounding Luka with defenders and shooters is a recipe for success and Kleber checks both of those boxes.

So now the focus is shifted onto how the coaching staff and front office will respond to the absence of Maxi Kleber. A Maverick roster that has already been considered below average in the department of defensive personnel has now been depleted.

How closely does Dallas evaluate the trade market to sure up defensively? We’ve already seen GM Nico Harrison pull off a deal to unload the Porzingis contract in year one of his tenure.

In the meantime, we did see promising minutes from newcomer and 4x All-Star, Kemba Walker. 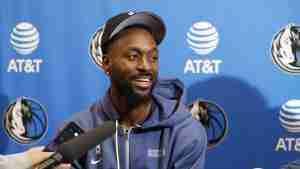 On Saturday, the Mavericks faced the Cavaliers without the likes of Doncic, Dinwiddie, Powell, and of course Maxi. Which maybe this will turn out to be beneficial? It never hurts for players further down the roster to get some more run and find a rhythm of their own.

Kemba did just that with Dallas’ two primary ballhandlers out of the game. Walker finished the game with 32 points and 7 assists. This game also saw a solid defensive performance from Christian Wood, who has taken his fair share of criticism on this side of the floor thus far.

Losing a key rotational piece is certainly never ideal, but it’s even more disheartening when you’re sitting at 9th in the Western conference with a .500 record.