Over the last month, the Dallas Stars have been uncharacteristically giving up alot of goals. And it has costed them alot of games over that time span. It hasn’t been talked about much in the media, but it certainly is a problem. In particular when the game goes past 60 minutes.

One problem with the Stars’ defense, and giving up so many goals is when you have to play one man short as frequently as Dallas. The Stars spend the most, if not close to the most minutes of any NHL team on the penalty kill. Often times playing with fire. In particular playing against Nathan MacKinnon, and the Colorado Avalanche.

The silver lining is that overall, the Stars have one of the best penalty killing units in the league. A better way to produce the PK numbers would be to take less penalties. Finding a way to continue scoring the way Jason Roberson, and Jamie Benn have while skating better and positioning yourself on the ice better in all scenarios.

Guys are healthy, so what’s wrong?

One thing that boggles the mind for Dallas is that they are a pretty healthy team so far this year. As opposed to years like 2021 where the Stars missed the playoffs due largely to injuries. With currently no injuries.

Jake Oettinger’s injury that had him missing one week was this far the most damaging, but Scott Wedgewood and the Stars held down the fort until he got back.

While clearly the defense, and the penalties have been a problem goaltending has to be questioned too. Since November 8th at the Winnipeg Jets, the Stars have given up four or more goals seven times.  It might just be a blip in an 82 game season, but time will tell.

Line changes and other coaching adjustments

Monday November 28th on the road vs the St Louis Blues, Stars’ Head Coach Pete DeBoer made line changes on defense. Filling in for an injured Nils Lundkvist was Joel Hanley, and Hanley played well. DeBoer also paired Miro Heiskanen with Ryan Suter which also helped in bringing the goals against down against a Blues team with plenty of weapons on offense.

The tide seems to of turned

Tomorrow, the Stars ride a two game winning streak hosting the Minnesota Wild. It will be the second game in a five game homestand. 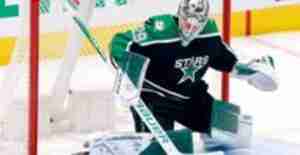 In two matchups against the Blues, and the Anaheim Ducks this week the Stars allowed one goal combined. Granted both of those teams are sitting out of a playoff spot, but it was just last week on November 23rd the Stars surrendered four goals to the Chicago Blackhawks (though Dallas won 6-4). In the NHL two points in the standings no matter who you play against that night counts all the same.