Early into the 2023 NHL season, the Dallas Stars are rolling. Sitting stop of the central division, and having a strong goal differential in the standings. Offense, defense, goaltending and special teams are all clicking. That doesn’t mean they’re perfect. The Stars have a weakness like everyone else in the league; taking penalties.

No team is perfect

Dallas is currently in a playoff spot, and has reeled off some impressive wins to put the rest of the league on notice. Aside from playing the Ottawa Senators (a team in the east they only play twice all year), and an odd game on November 11 vs the San Jose Sharks the Stars have played pretty well. In an 82 game season every team is going to lay an egg once in a while. Off games where strong penalty killers like Roope Hintz take costly penalties.

When coaching a team, Pete DeBoer preaches an aggressive north south game. Teaching his players to bear down on the puck offensively while maintaining a defensive structure. A recipe that has led to success with Stanley Cup finals appearances with the New Jersey Devils in 2012, and again with the San Jose Sharks in 2016. He also took the Vegas Golden Knights to the conference finals in 2020, and 2021.

October 20th vs the Toronto Maple Leafs is the best example of how the Stars lost a game on penalties. A few less mistakes, and the Stars get two points in the standings on a win as opposed to one point on an overtime loss. It’s only one game, but close games in an 82 game season go a long way in clinching and positioning for a playoff spot. Pete DeBoer also talked about the penalties in the game.

“The bottom line was the penalties were the story of the game for me,” DeBoer said. “I’m sure there’s some little things we can look at. But that was the story. We found a way to get out of here with a point on a night where you shot yourself in the foot in taking too many.” 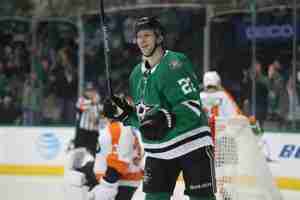 At least the PK is good

While the Stars as a team have their problems committing penalties early in the season, they do have a top ten penalty kill to help offset their glaring weakness. Having guys on the team like Esa Lindell, Radek Faksa, and Ryan Suter to name only a few to kill penalties go a long way in allowing goals on the opponent’s power play. Having arguably the best goaltending tandem in the NHL in Jake Oettinger, and Scott Wedgewood helps too.