After a huge OT road win in Brooklyn, the Mavs headed to Dallas for a 5-game homestand beginning with a back to back.

To Mavericks began this five game stretch against the Shai Gilgeous-Alexander led OKC Thunder. Shai was spectacular in this game, finishing with 38 points.

The Mavericks led by as much as 16 points in this contest. 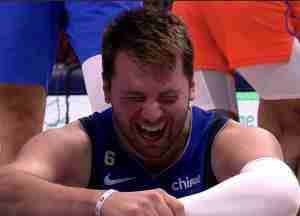 With just a minute remaining in the fourth quarter, Gilgeous-Alexander hit a big time three to cut the Maverick lead to just three. After a miss from Dorian Finney-Smith and Reggie Bullock, it was Isaiah Joe who hit the catch and shoot three to tie the ball game.

Oklahoma City erased an 8-point deficit in the final two minutes of regulation.

Joe didn’t see on-court action until the 4th quarter, but suffice to say his impact was felt. He finished the game with 15 points, 8 of which coming in overtime.

Joe was waived by the Philadelphia 76ers toward the end of the offseason, but was quickly claimed by the Thunder.

Despite another triple-double, Luka was seemingly disappointing. He finished 8 for 23 from the field and ultimately missed a potential step-back game winner.

One bright spot from this game was the play of Dwight Powell, who got the start with JaVale McGee gaining rest. He had 13 points of his own and brought the energy that we are accustomed to seeing from him.

The chemistry that Dwight has with Luka is invaluable. Say what you want about Powell, but he is consistently a high energy player that knows his role (even though he’ll still put up a spot up three from time to time).

This loss was extremely disappointing. Dallas appeared to get lazy, but how much of this lies on head coach Jason Kidd?

Rick Carlisle was always criticized for the amount of timeouts he took. It seems almost as if Coach Kidd wants his players to play through adversity, even if that means allowing the lead to be cut into.

It will be interesting to see how Kidd adjusts deeper into the season.