Two weeks ago, Tyler Seguin returned to the ice after playing in the Stanley Cup Playoffs on a broken foot. This will give the Dallas Stars more strength at the center position. Not only that but the long time Star is one of the best on the faceoff dot, and plays a 200 foot game where can can contribute on offense and defense. He is one of the guys who needs more consistency at the top of his game for the team to make the playoffs, and playing without injury can help that cause.

Over the offseason Tyler Seguin nursed a broken foot. Luckily for him no surgery was required. As reported by the Big News Network, Tyler Seguin was fortunate enough to avoid foot surgery this past summer.

“In his exit interview with reporters after the season, he admitted he broke the foot in Game 1 and then managed the discomfort with painkillers the rest of the series. He said the injury would require rest but not surgery.”

It’s no secret that the Dallas Stars need more from some of their players. Especially in the scoring department. It’s news that was heard around the NHL world. As David Castillo from Dallas Magazine points out, Stars’ Owner Tom Gaglardi notes that Tyler Seguin is a better player when healthy (and talked about Jamie Benn too).

“First, though, some mythbusting: Gaglardi didn’t rip his players. From the beginning, his comments about Benn and Seguin go beyond being diplomatic. He actively defended them. He highlights Benn’s hockey strengths that transcend the stat sheet, and he directly attributes Seguin’s struggles to injury, not something the 30-year-old is doing wrong. These are nice gestures.”

With a new Head Coach, the Dallas Stars are going to undoubtedly do some things differently than previously under Rick Bowness. We know that lines will get shuffled. It’s always inevitable due to injuries, and player/team performance. Stars’ Senior Staff Writer Mike Heika breaks down some possibilities. 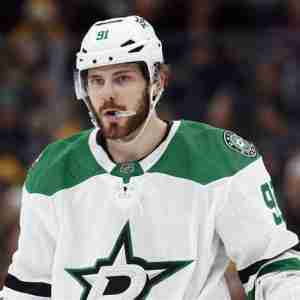 “He’s only 30, so that definitely seems a possibility. Because the top line has been so good, Seguin seems to slot into the No. 2 center role for this season. Could he move to right wing if a player like Wyatt Johnston or Logan Stankoven look fantastic in preseason? That’s a discussion worth having. But you could just as easily say that Seguin could play center and one of the younger players (or Denis Gurianov) could be the second line right wing. Mix into the equation the fact that free agent Mason Marchment has to get some consideration for second line left wing ahead of Jamie Benn, and you have a mixed bag of parts for that second line.

How the coaching staff assembles those parts will go a long way in determining if Seguin can get back to his scoring ways. If he is healthy and if he is skating well, that will open all sorts of options for both the coaches and for Seguin.

Confidence can go a long way in creating numbers — as can chemistry with your linemates.”