Dirk Nowitzki became the first player to have his number retired by the German Basketball Federation. This is a first for any national federation to retire a jersey number.

Within the same calendar year, Nowitzki has both his number 41 and 14 retired by the Dallas Mavericks and German Basketball Federation respectively.

Dirk, of course, wore number 14 as a result of his affinity toward Charles Barkley, who wore 14 as a part of the 1992 Dream Team. When Nowitzki was acquired by Dallas in the 1998 NBA Draft, the number was already taken so he settled for 41 and the rest is history. It’s safe to say that Dirk created his own significance behind both numbers.

Throughout Nowitzki’s 21 year NBA career, he found it important to represent his country in international play.

He also led Germany to an olympic appearance back in 2008, which he ranks up there with the 2011 NBA Championship as one of his proudest basketball accomplishments. 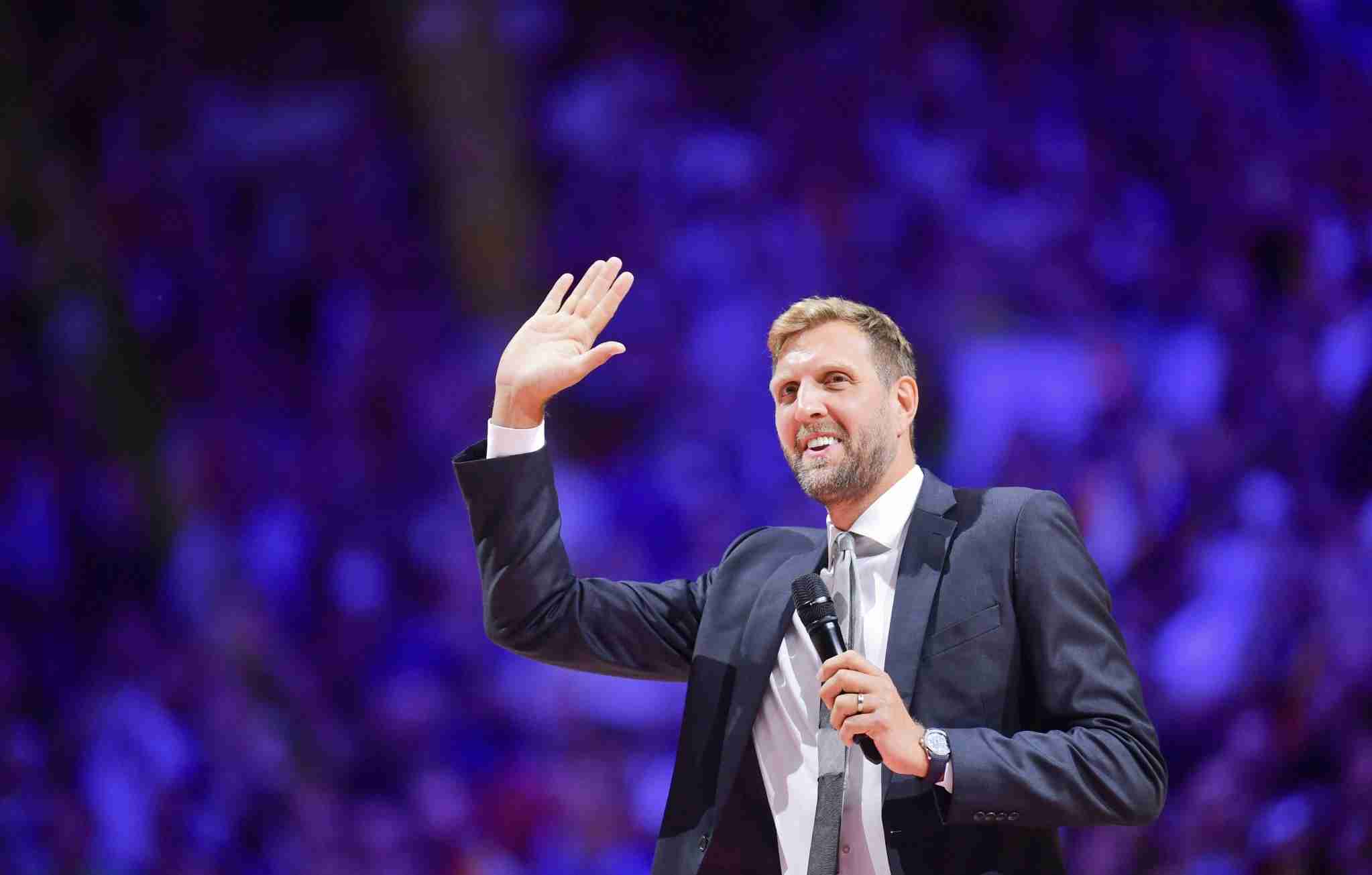 Prior to the ceremony, the Slovenian national team took down Lithuania behind a familiar face in Luka Doncic.

Luka looked on as Dirk’s no. 14 was raised into the rafters of Lanxess Arena. Also in attendance from Dallas Mavs Brass was Mark Cuban, Jason Kidd, Nico Harrison, Michael Finley, and Casey Smith.

Dirk recognized Cuban during his ceremony. “You knew it was important to me to represent country and I really appreciate that,” Nowitzki said.

Dirk means so much to Dallas, Germany, and the game of basketball as a whole. Germany had no shortage of lights and pyrotechnics to ensure that they put on a show for Dirk.

On behalf of basketball… thank you, Dirk.