Wednesday, November 30th, 2022
THE LATEST
Home Rangers The Ranger’s Final Stretch: What to Look for in the Final Month

The Texas Rangers (sigh), will probably bot make the playoffs as much as we would like them to. However, the future is looking brighter than it has in recent seasons, and young talent has a lot to do with that.

The final month of the season is almost upon us, and with that, the Rangers will be looking forward to the 2020 season in the new Globe Life Field. But what should we be looking for in this final stretch for the Rangers? The answer is EVERYTHING.

Kolby Allard is simply one of the shiny new toys for the Rangers. Allard was brought in a trade for Chris Martin for the Braves and immediately impressed the Ranger fan base. The young lefty racked up 12 strikeouts in 10 innings pitched and gave up 5 earned runs in 2 starts with the Rangers. He’s definitely going to stick around the big leagues for the rest of the season to get him experience and prepare for next season after back to back solid starts.

Emmanuel Clase is just 21 years old but boasts a fastball that touches 100+ mph when he cuts it loose. His cut fastball has movement and is in the high 90s itself, which is huge. He is a young flamethrower that could challenge Jose Leclerc for the closer role next season if he continues to excel, but for now, we’re looking for him to continue to gain confidence and become more comfortable at the big league level.

Jose Leclerc himself will need to continue to be consistent. He has been reinserted into the closer role by manager Chris Woodward and has had his ups and downs, but he has pitched well nonetheless. He has a 1-0 record with 2 saves since August 3rd and has not given up an earned run in that span. He is only becoming more relaxed on the mound in pressure situations. Woodward is wanting Leclerc to find his confidence in the closer role, and with not much to play for the rest of the season, this is the perfect time for him to do so. If he finished strong, he could find himself in the full time closer role once again next season.

Pedro Payano has some work to do, and while he has not been all bad, he has had his struggles. In his first 6 innings in the majors, he only gave up 1 run on 3 hits. Since then, he’s given up 12 earned runs on 22 hits in just 16 innings pitched. He has a lowly 10% swinging strike percentage, and hitters are holding a .333 batting average against him, which led to back to back losses for the young pitcher. He was optioned to AAA Nashville after his loss to the Twins, where he gave up 8 runs, (5 earned) in just 3.1 innings. This probably won’t be the last we see of Payano, but next time he’s in Arlington, he’ll need to be much better.

Where the Players Fit

Jose Trevino is working hand in hand with the young pitchers we just named, and with experience, he’ll only get better. Defensively, he is improving, consistently learning behind veteran Jeff Mathis. He worked with Kolby Allard in Allard’s second start with the team and earned him the victory against the Blue Jays. Trevino is in the midst of developing at the big league level and has the benefit of working with younger pitchers to build chemistry as well. Look for Trevino to continue to make strides in the final stretch of the season.

Scott Heineman is still very early into his major league career and hasn’t seen the field much behind Shin Soo-Choo, Nomar Mazara, and Willie Calhoun. When first called up, Chris Woodward stated that this would be a rotation in the outfield, with Calhoun being a likely everyday outfielder in the meantime. Heineman hasn’t played since August 7th and only has 2 hits that came in his major league debut. Since his debut, Heineman has gone 0 for 6, but will have more opportunities coming. He is a young prospect that will need to adjust to the big leagues like any other prospect, and with the season winding down, Woodward will give Heineman his chances to adapt and adjust.

Is Willie Calhoun really an everyday outfielder? Is Nomar Mazara a part of the future? Mazara’s name was thrown around in trade rumors, but nothing ever materialized. He’s a career .260 hitter is averaging 20 home runs per season, and has a chance to set a new high sitting at 17 on the season. He has proven to be an average player, but his defense has always been below par. The Rangers will likely make a decision this offseason since Mazara will soon be looking for a contract extension, but in reality, Joey Gallo is of much more interest to the team in extending. 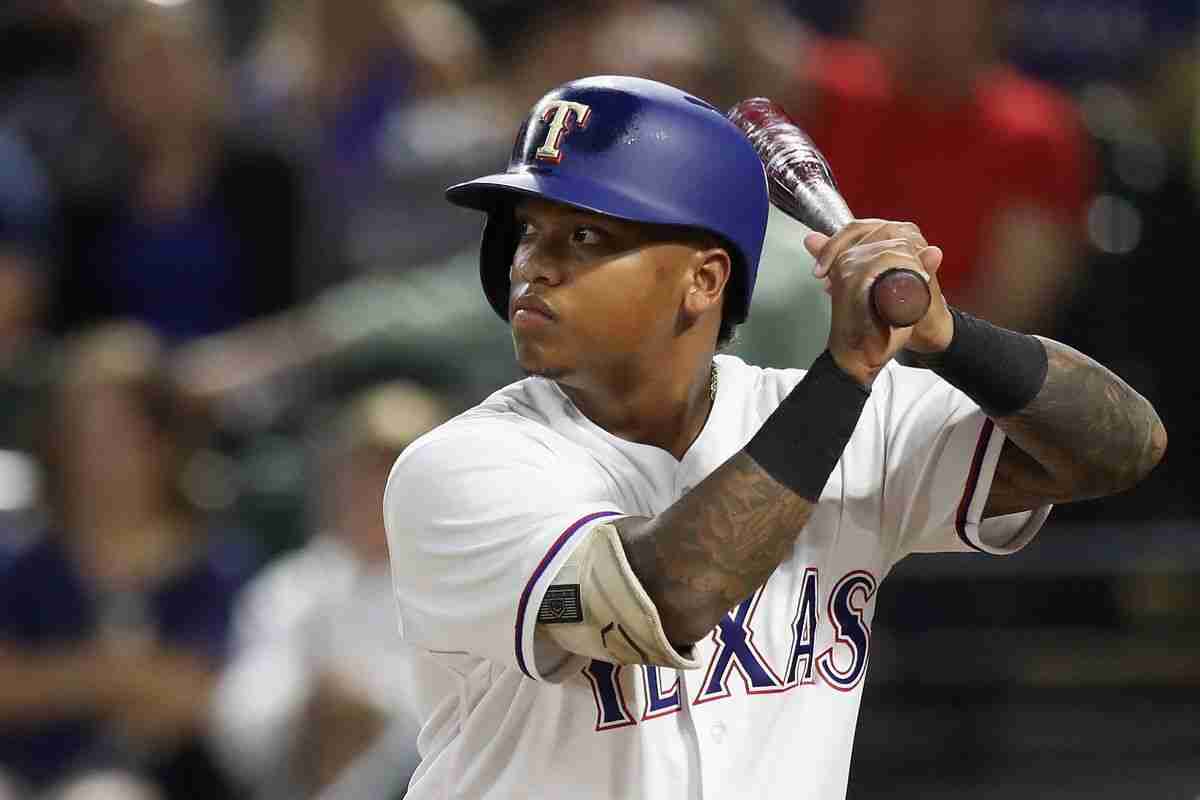 Willie Calhoun, however, is definitely in the teams future. It’s been an up and down year for Calhoun, as he had a start of the season that saw him hit .435 in his first 6 games of the season, but then he went down with a hamstring injury. He worked his way back up, but was sent back down in July to Nashville.

It’s been a trying season for Willie, but since being recalled on July 26, he has 6 home runs and is hitting. 270 at the dish. Finishing strong will help him stay in the big leagues at the beginning of the 2020 season, and he’ll continue to be in the outfield rotation for the rest of the season.

The Rangers are in between a rock and a hard place when it comes to rebuilding and contending. This offseason will be huge for the organization, but until then, the front office will be watching like hawks to see how these young players and how they finish this season.