The FC Dallas homegrown cracked into the starting eleven this year with the introduction of Luchi Gonzalez as head coach.

He began the year as the first-choice striker and is considered the best finisher on the roster currently. However, his true position has been a topic of debate due to his flexibility over the past couple of games.

Jesus never seemed to be a normal striker. He rarely created diagonal runs to create space for others, he never played the center forward position in winning long balls and giving it to teammates, and although he is a decent finisher, he never was the consistent scorer. When he played at striker, Jesus drifted away from strikers playing with the midfielders in combination plays to help create space and create runs for other players.

This began to become an issue. As seen by Minnesota game and by the LA game this past week, Luchi’s system relies on driven balls into the box. Michael Barrios, the club’s leader in assists, creates plays by doing just that: beating players on the dribble and then driving the ball into an area of the box.

Jesus Ferreira does not fit that description of a striker. By nature, as fans have seen countless times, Ferreira does not make that run into the box to score the tap-in. He drifts into space, connecting with teammates, especially Paxton Pomykal and Michael Barrios, to create plays.

One can clearly see this by looking at his goals this year, which is tied first for the most goals scored at the club with six. His goals-against Sporting Kansas City and Portland with the result of defensive errors, his goal against the Red Bulls was a header, and his goal against Vancouver was an open net. The only goals scored by Ferreira as tap-ins were the ones against Salt Lake and Atlanta, both them coincidentally were assisted by Michael Barrios. 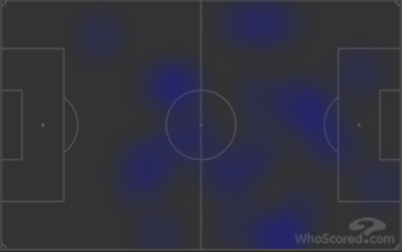 The heat map above was the game against DC United on Fourth of July. Ferreira spends very little time in the Penalty Area. He drifts into the winger positions and drops back in order to receive the ball from other players. Due to this, he can’t play the striker role as the system requires.

Because of this, Luchi has moved him back to play alongside Bryan Acosta and Paxton Pomykal in the midfield. At first, Jesus played a couple days at Attacking Midfield while Paxton was injured, but since Paxton’s return, Ferreira has been dropped into a similar role of Paxton, with the team changing its formation to a 4-3-3 with two midfielders ahead of the defensive midfielder. Jesus has been more natural there over the past week, as shown by his passing map in both games that the system has been implemented. 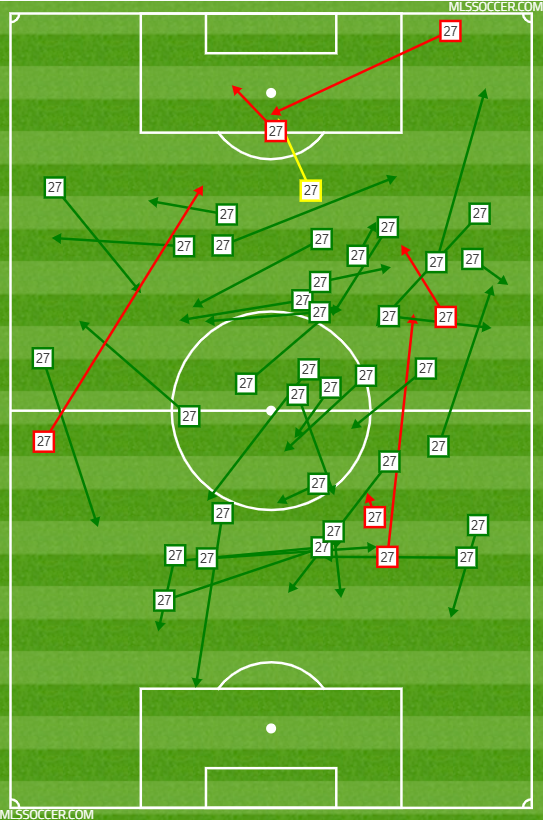 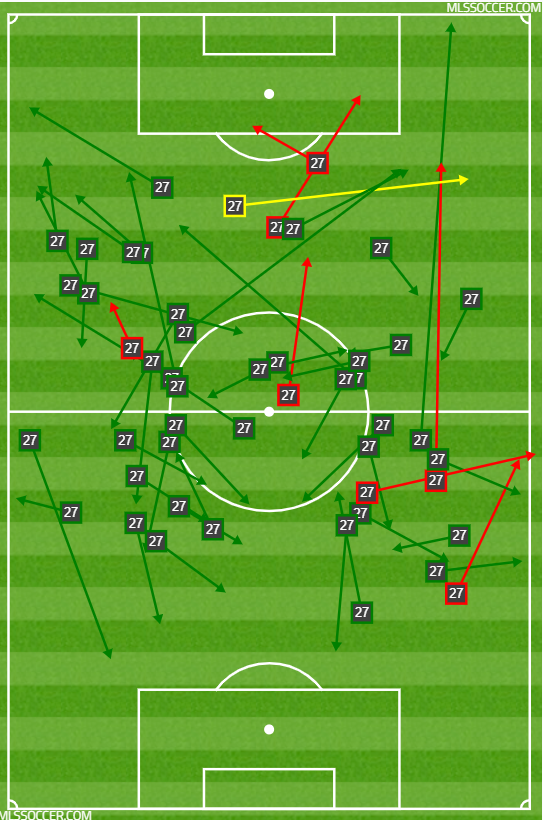 Ferreira has shown to have the amazing ability on the ball. He controls the ball very well, distributes it with accuracy, and rarely loses the ball to a defender. Over the last two matches, even yesterday when FC Dallas lost to the Galaxy, Ferreira has played very well in the midfield with Acosta and Paxton.

Ferreira is still young, and still has a lot of time to grow into a permanent position. His flexibility, however, is a real asset to the squad. Not many attacking players can create a defensive play like the one he did on Minnesota on Saturday

It still isn’t clear what is his position. Is he a free-flowing 8? is he a roaming 10, similar to Pomykal? Is he a Raumdeuter, like Bayern Munich player Thomas Mueller? A Second Striker? Currently, his position can be anything that Luchi needs it to be, which will be very valuable for the club in this last portion of the season.

FC Dallas has entered a crucial time in the season, where every match is a must-win for the club to push its way into the playoffs.

Currently, on the outside looking in, the club must begin to perform in order to stay in playoff contention. The club’s next game is at Montreal on Saturday, August 17th at 6:30. The match can be seen on ESPN+.