The entire country has Zeke under the microscope, and it’s easy to see that he is on the hot seat for it.

In the latest news in the Ezekiel Elliot saga, the security guard from the Las Vegas incident, Kyle Johnson, is deciding to press charges after the NFL did not decide to suspend the All-Pro running back. He bumped Johnson during a music festival in the midst of an argument with a female acquaintance, and the security guard fell over a guard rail. Ironic, right?

How would you punish Zeke Elliott after bodying a security guard into fence at EDC? pic.twitter.com/VMt3ETZYOv

They restrained Elliot in handcuffs, but there was no formal arrest. Elliot met with commissioner Roger Goodell and the league to discuss the incident and possible repercussions. Ultimately, no suspension was given, and a heartfelt apology was released by Zeke, and all is well in Cowboy Land… until the recent news of charges arose.

Kyle Johnson, the security guard, has been accused himself by Ezekiel Elliott of trying to extort the star football player.

“Over the course of the past several weeks, Mr. Elliott has been the target of extortion”, Elliott’s legal team said in a statement. “Kyle Johnson’s filing of a criminal complaint against Mr. Elliott in connection with the Las Vegas incident is the latest attempt to do so. Mr. Elliott and his team are in contact with all of the proper authorities and are fully cooperating with them in their investigations”.

Now the case will move through the court system, possibly be dragged out throughout the season, and loom over the head of the two-time league rushing champion.

Consequently, this can affect the future contract of Elliot who had his 5th year player optioned picked up by the Cowboys. Todd Gurley and Le’veon Bell are two players that have received big contracts at over $13 million per season, and Elliot is coming up next in line for a new long term contract.

The Cowboys could also decide to drop the franchise tag on Zeke and control him for essentially the next three seasons. He would get top dollar at the position, but there would no long term security for Elliott. 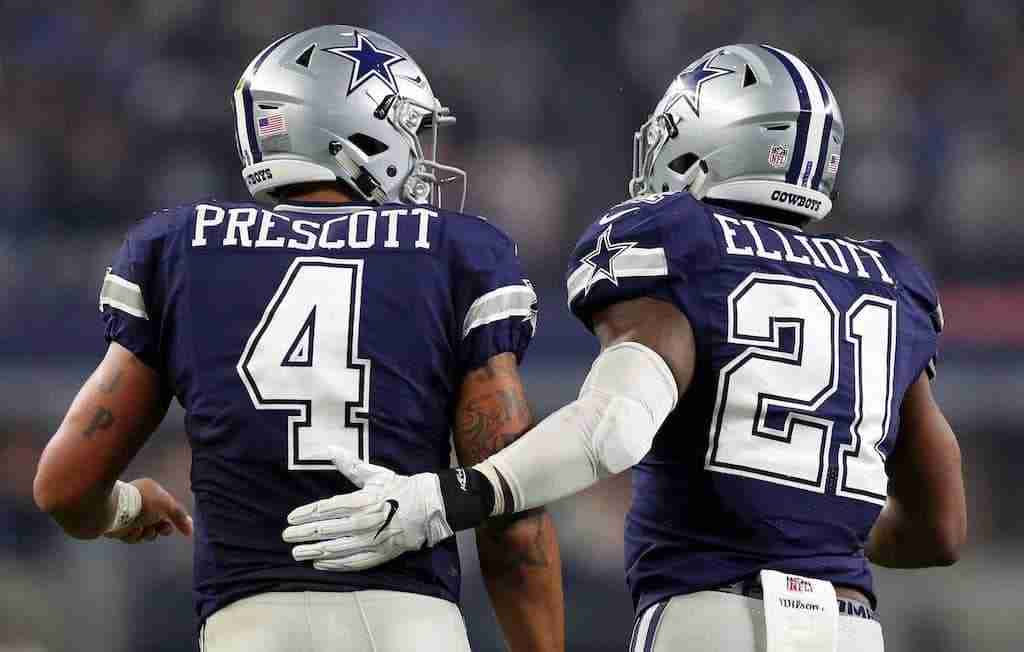 Jerry Jones and the Cowboys will definitely use Elliott’s prior suspension, multiple incidents and run ins with the law against him in negotiations, claiming he just can’t stay out of the spotlight in a negative way.

Roger Goodell has previously stated that Elliot was on a short leash and his next incident could come with a permanent ban from the NFL. Ezekiel Elliott has a long road ahead of him, and the decision of the court system could find a way to persuade the league to reconsider their initial decision to not suspend Elliott.

With that being said, the Zeke Saga is far from over, Cowboys Nation.