The landscape of the NBA has never been more unpredictable than it is right now. Teams around the league find themselves influx as injury and player empowerment have taken center stage.

Toronto proved this narrative true by winning the NBA title with tough offseason transactions many questioned. Conversely, the Warriors title hopes were decimated by one catastrophic injury after another. The most anticipated free agency period in recent history has finally arrived.

Can the Mavericks avoid another shoddy free agency performance and take full advantage of the newly unhinged NBA?Here are some things to think about when comparing this club to the NBA’s elite. 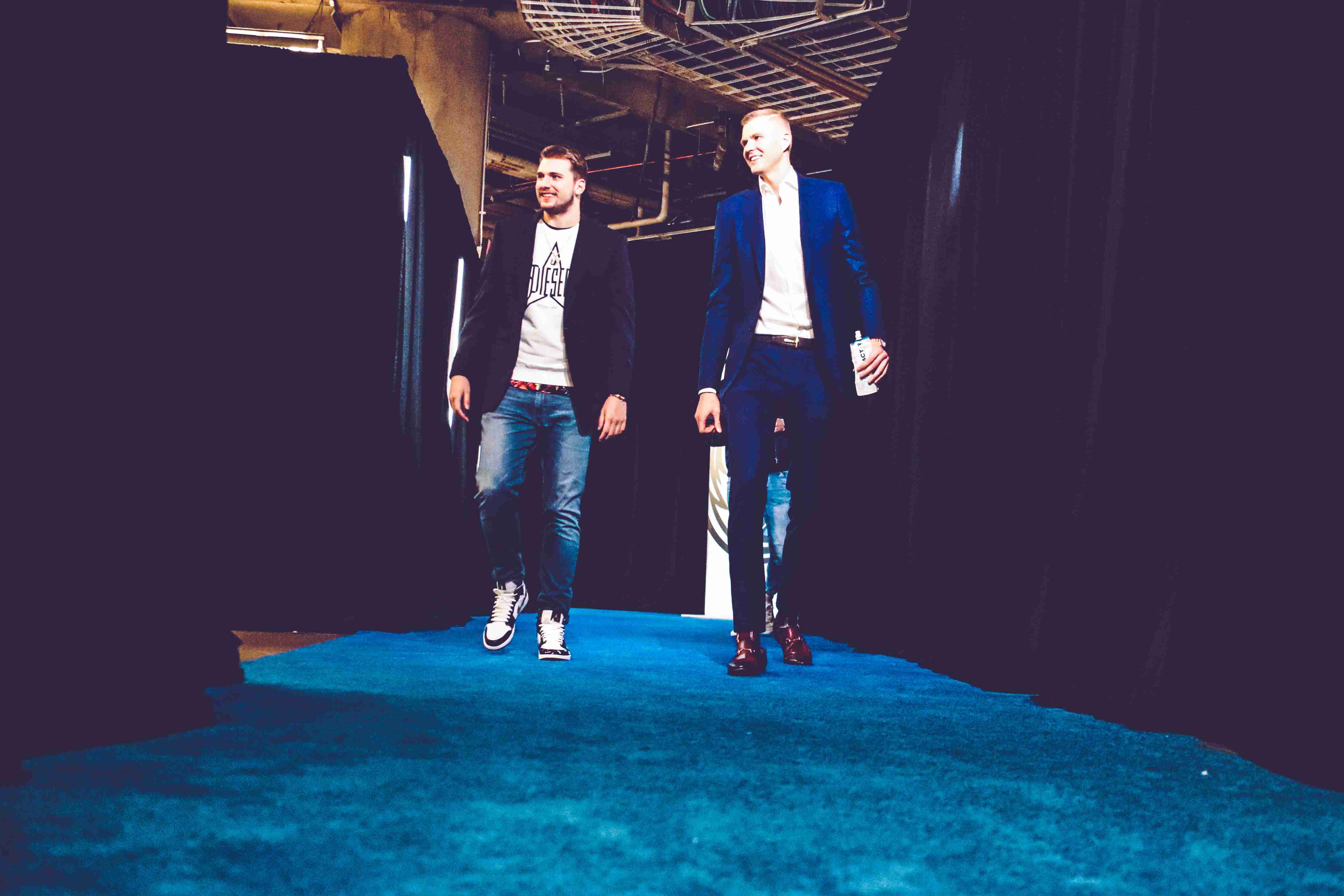 As The NBA Turns

Significant leg injuries to both Klay Thompson and Kevin Durant signal the beginning of an arms race in the NBA. Teams will be looking to pounce on the Warriors misfortune. Using their previously perfected method of acquiring multiple superstars in an effort to win no matter the cost.

Anthony Davis to the Lakers

Expounds upon a win now mentality while potentially creating a top-heavy squad similar to the now ailing Warriors. This trade should create an urgency within the Mavericks organization. The need to obtain a top free agent is higher than ever. Not to mention after this trade the Pelicans will be younger and deeper than previously constructed, mirroring an improved Mavericks roster.

Free agency officially begins June 30th and as of late, the rumor mill has not been kind to the Mavericks. Kemba Walker and Khris Middleton have both indicated they have an interest in returning to their old squads.  D’Angelo Russell, Mike Conley, and Nikola Vucevic are noted as warranted players by the Mavs but even their additions leave more questions than answers. Money, continuity, and cohesiveness are at the forefront of this equation. Not just any free agent will do. The front office must get this selection right if they plan on returning to past glory.

The caveat to the Mavericks previous free agency woes was last years acquisition of Kristaps Porzingis. The former All-Star helped circumvent the very real possibility of entering and leaving free agency empty-handed. Although not yet signed head coach, Rick Carlisle made it clear signing him is priority number one this offseason.

Last week Carlisle and Porzingis spoke with the TV station LETA while at Basketball Without Borders. Carlisle provided some much-needed schematic context to how KP will be used next season. While Kristaps seemed to genuinely enjoy the company of his championship coach.

“He’s a free agent on July 1,” Carlisle said. “We have to get him re-signed and then he’ll have a program through the summer.” “(Training) camp starts, I believe, Sept. 30, this year, so the plan is for him to be ready to go on Day One.”

“I’m not big on exactly what position guys play,” Carlisle said. “We want basketball players that know how to play the game and know how to make plays.

“He’ll play a combination of (power forward) and (center). He’ll play mostly (power forward) on offense and he’ll play some (center) on defense. It’ll depend on matchups, but I love his versatility defensively as well as offensively.”

“I like spending time with Carlisle,” Porzingis told LETA. “He is the same fan of basketball as I am. We talked about the upcoming season and what role (I’ll have on) the team.

“Carlisle also showed some combinations and ways we could make a game through me. I also told him where and how I would like to play better.”

Regardless of outcome some view Porzingis’ addition as a defacto free agency win. Even though he was acquired via trade, last year. If the team hopes to curb the mediocre reality of previous seasons an aggressive free agency period will be key. The futile aspect of remaining content with KP alone could jeopardize the future success of the club.

The productive potential of a Luka Doncic, KP pick-n-roll is enough to garner attention. The two proved they can be singularly productive however they have yet to mesh on the court. Now more than ever the Maverick future is hitched to their production.

No First Round Draft Pick

The 37th overall pick is far from desirable but something the Mavs front office had to anticipate. Granted all options are on the table most would agree that drafting another player is the best choice. Mike Fisher drove this point home with a recent tweet.

#Mavs obviously exploring all options w pick No. 37 of #NBADraft but I’m told personnel dept doing the work to prepare to pick. pic.twitter.com/R145BWkHTs

Expecting a single draftee, especially the 37th pick, to overhaul any franchises bad fortune is futile. In most cases, deficiencies of teams picking in this position cannot be rectified by a rookie. However, the Mavericks have found recent success in the development of some of its younger players. Essentially transforming them into either solid contributors (ie: Jalen Brunson and Dwight Powell) or attractive trade assets (ie: Dennis Smith Jr.). The Mavericks must quickly take full advantage of a expand championship window created by turmoil and injury currently running rampant in the western conference.

The tea leaves suggest the time is now for the Mavericks. If this off-season serves as a proverbial dud. They could once again find themselves at the bottom of the playoff hunt. However, with a significant FA signing, they could easily propel themselves into the upper echelon of the Western Conference and potentially title contention.

The current NBA Champion Raptors are the new model. A team once notorious for underachieving won the ultimate prize via an unorthodox method. The timely movement of only a few players proved to be the determining factor in creating a championship squad. The win at all cost mentality paid off. Can the Mavericks utilize a similar path to glory?

Injuries, trades and approaching free agency have placed the Mavericks in a conundrum. The best team in the conference has been dismantled by injury. While another WC foe adds arguably the best player in the game. These changes signify a power shift in the league. The Mavericks are stocked with young superior talent and the cautiousness that comes with grooming said talent. Couple this with the newfound unpredictability of the league and it becomes increasingly clear that the time is now!

The Mavericks potential championship window starts with the signing of its next free agent. If not at that point, WHEN?