What does Father’s Day mean to you? What does it mean to your dad? I’m one of the lucky ones that had a chance to grow up with his dad, not just a father, but a dad who was always around.

He was always around to teach us (me and my brother) how to act, to push us to be better, but just to genuinely be there was huge. I could go on and on about the fishing trips, camping trips, football Sundays in the living room, or even just the perfectly timed laughs from the other room as we were cracking jokes down the hall, but what stuck out with me and my dad was baseball. It was probably the biggest gift he gave to me growing up. 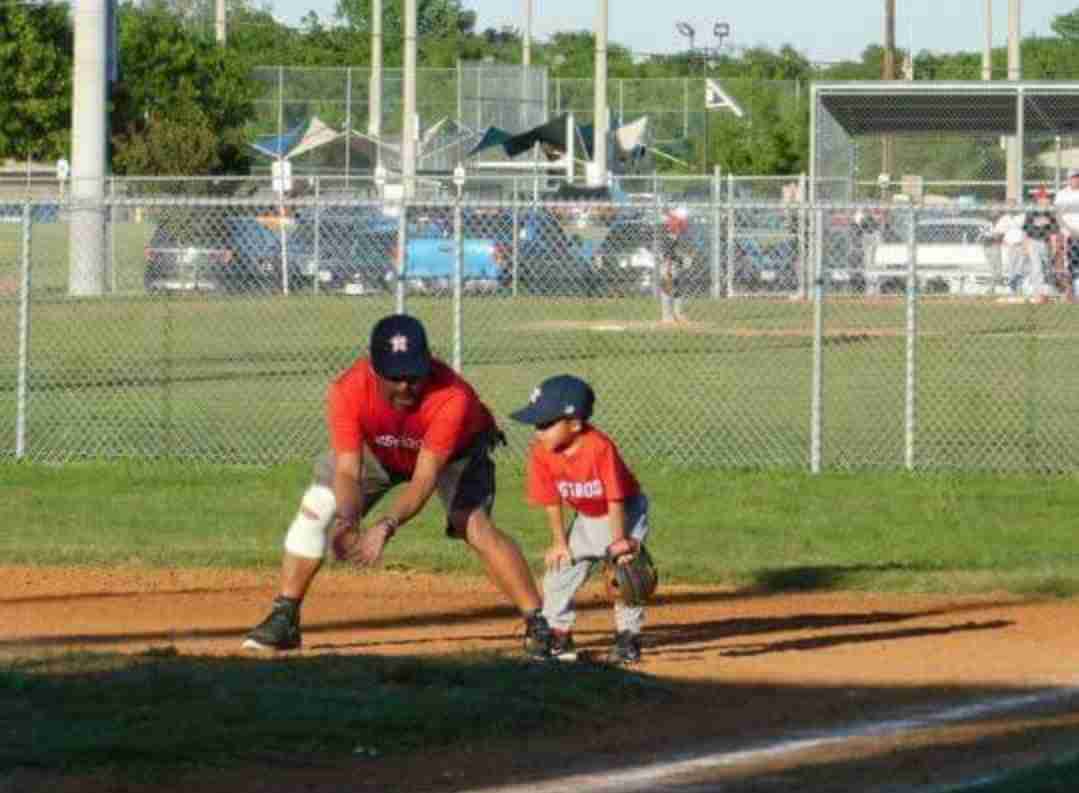 The story is simple: a dad wants his son to play the sport that he loves, so he puts him in tee ball. He was always there to be a coach, always there to teach, always there to yell at us, when we needed it that is. Little league is something that every kid should go through, whether it’s baseball, football, basketball, soccer, whatever, simply to spend the time with the boys/girls out there, because you will never get those years back.

Fast forward to about 11 years old for me. The scene is this: the Ballpark in Arlington (before the Globe Life name change), a full little league team of the Orioles wearing their hats proud, show up to a Ranger game vs the Tampa Bay Devil Rays, also before the name change. We showed up early to watch batting practice in left-center field, where the bleachers were still there, where the visiting bullpen was still as small as a two car garage. When we got out there, the entire team was lined up on the rail, with my dad watching over us, waiting for our chance at a home run.

Now my pop was a generous man, especially when it came to the team. I’m not talking about money or gifts, but talking about time. The time he put in with the team stood out to me the most because he wanted us to succeed. We finished 3rd place in the league play but went on in the playoffs to reach the city championship game, only to lose by 3 runs. It was just his 2nd season as the head coach, but the ability for him to teach the game in a blue-collar manner where us as kids could feed off him and his energy was something that has stuck with me through all these years.

Back to the game now, because this is where it gets cool. During batting practice, bombs were seen, dingers were hit, and baseballs were caught. My dad made it his mission to get every single one of us a baseball that day, and he did it. He freaking did it. Some were caught by players, some were thrown up to the team by players on the field, but he got every one of us a baseball to remember that day, and as you can see, I still haven’t forgotten that day. 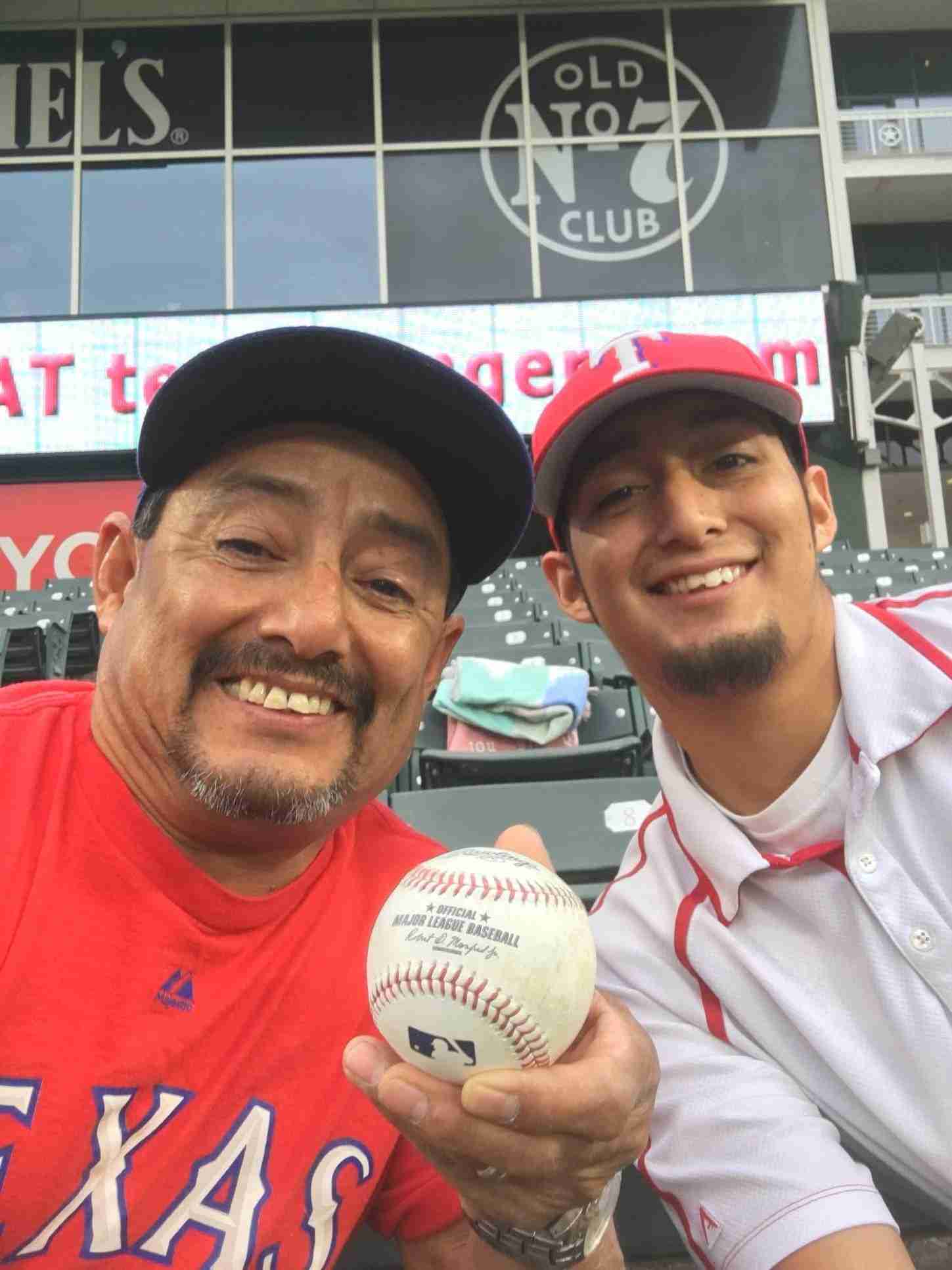 Recently in 2017, we went to our last Texas Ranger together game without even knowing it. We were in left field during batting practice, it was his birthday, and it was still hot. He had his old beat up first baseman’s mitt with him, as he always did, just in case a home run came our way, (he previously caught balls from Garrett Anderson and Chris Davis in batting practice in the same spot behind the Rangers bullpen). But long story short, we ended up with a baseball and he had a smile that will last forever, but it wasn’t the ball that was so important to him. It was the fact that he was able to share the moment with his son, and I was able to share with my dad.

I’m able to take what he taught me and show my kids everything he taught me. My son, 7, and my daughter, 5, have taken to the game of baseball like I hoped they would. My dad was there with me and my son in his first season playing, and it was awesome coaching my son with my dad by my side. This year, we won 1st place in our league, something me and my dad never were able to do. The thought of him during the celebration between me and my son brought tears to my eyes because at that moment I felt my dad’s spirit with us on that field. 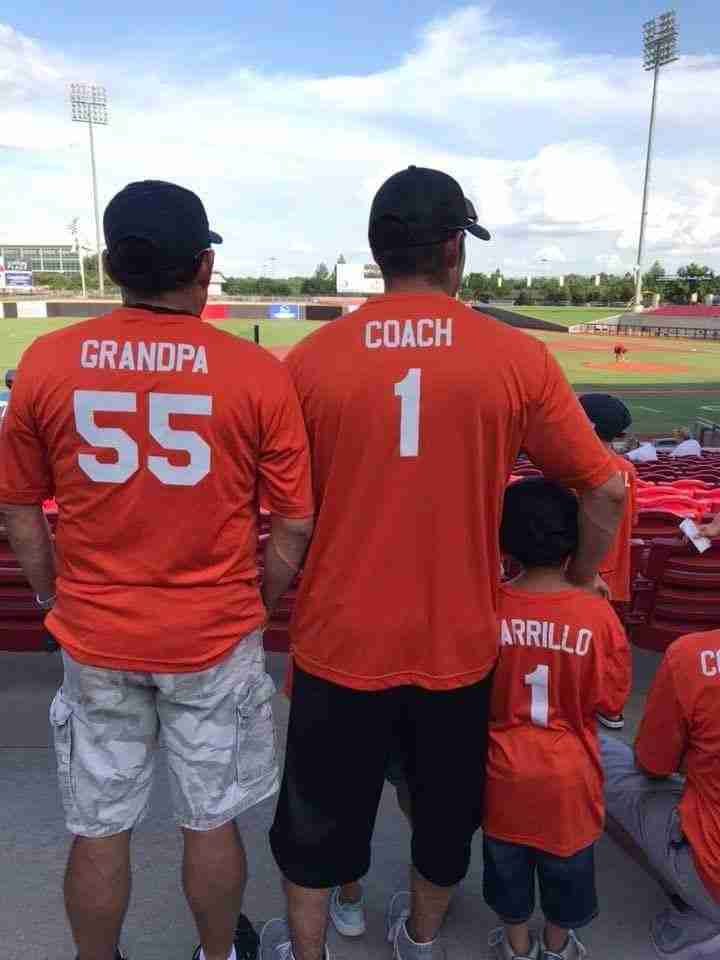 He passed away in 2018 after his battle with brain cancer. He’s gone physically, but memories of him run through our family. The coolest memories are those that you don’t realize it in that moment, but you cherish in the end. If your dad is still here, be sure to spend the time with him.

If you’re a father yourself, embrace the love between you and your child, because we’re only here for a little while. To those who lost a loved one like myself, cherish those memories, talk about them, because you will want those moments to live forever.