This summer, the Dallas Mavericks have upwards of $30M to spend to improve their 33 win team. How to go about bettering the team is the subject of near endless debate and it won’t be fully answered until mid-July. Free Agency begins at 5pm on June 30th, so there are over 2 weeks left to speculate as the NBA rumor mill gets geared up to full speed.

An endless number of roster building tools are in the hands of Donnie and Cuban to get better and one of the trickier ones to understand and manage is the complicated Restricted Free Agent (RFA). The process to obtain another team’s RFA is to offer them a contract (of at least 2 years) and their original team has 2 full days to match the offer and retain them. There are several hitches to pursuing them built into the process that favors the home team.

For one thing, the Mavs would have to offer more than they THINK the home team is willing to pay the player and HOPE they are unwilling to match it. And more importantly, 2 days during Free Agency is a virtual eternity and the NBA requires that the Mavs would have to keep the amount offered free during the waiting period; essentially tying up money to chase other free agents. This matters when you’re up against 29 other teams who also want to get better and spent over $1 BILLION in salaries in the first 6 hours of Free Agency in 2016, which 2019 might reflect similar money spent with so many max level players available.

The Mavs have a complicated history with Free Agency under Mark Cuban’s tenure and the RFA portion of that history is no different. In 2014, the Mavs gave Chandler Parsons an offer sheet that gave him a 1400% raise to woo him from the Rockets OR put a financial burden on them. Well, the Mavs clearly won the services of Chandler Parsons and had a historically great offense, but an oft-injured Parsons they let walk after 2 seasons. And the Rockets actually found a great replacement in Trevor Ariza that helped them win more games and go to the WCF after beating the Mavs in round 1…

In the summer of 2017, the Mavs sought to retain their own RFA, Nerlens Noel, by offering him 4 years and $72M, but Nerlens declined and decided to play for his cap hold of $4M. From that time on, Nerlens’ days were numbered. It was an awkward relationship that didn’t help an already struggling Mavs team that would only win 24 games. This goes to prove how the RFA system is set up to favor the home team, rather than the player or any other team who might have an interest in that player. Hopefully, the Mavericks learned a lot from this interaction about how to deal with RFAs…

What RFAs are Worth Pursuing?

With all this headache and 3D Chess just to sign a player while there are dozens of talented UNRESTRICTED Free Agents available, who would be worth going after? There are several RFAs on the market, but only a handful would fit the Mavs’ need to get better quickly and even fewer would probably be worth the headache. 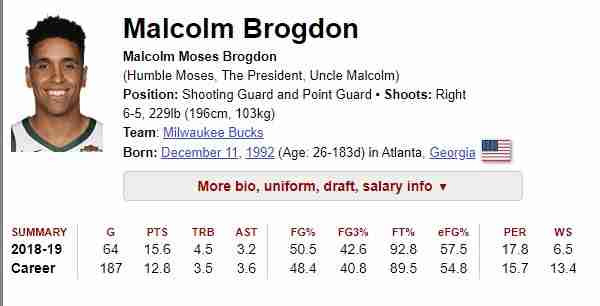 Brogdon was a massive bright spot during the Bucks’ playoff run and a big part of the Bucks league-leading season. He is a perfect piece to add to the Mavs young core as he’s still just 26 and shot 42.3% from deep and adds 15.6 PPG from a position of need. He is on Milwaukee’s books for $1.5M next year and the Mavs would be trying to take advantage of the Bucks’ tricky cap situation while Milwaukee tries to retain the Unrestricted Kris Middleton as well as Brogdon.

The Mavs would definitely have to money whip Brogdon in a similar fashion to Chandler Parsons and force Milwaukee to make a hard decision. But…while the Bucks mull over their decision, the Mavs would be unable to use that $15M+ to try any sign anyone else… 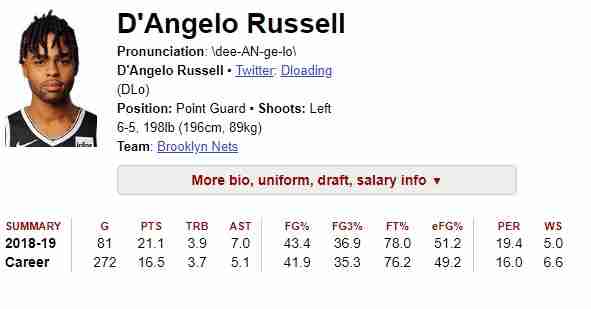 Russell was a first-time All-Star this year and carried Brooklyn to their first playoff appearance since 2015 by scoring 21.1 PPG on 36.9% shooting from deep. He’s not a perfect fit for the Mavs as he is a ball handling PG, but it seems the Mavs are ok with pursuing those (see Kemba Walker & Goran Dragic interest). However, if the Mavs see Brooklyn’s latest cap clearing moves to make room for ALMOST 2 max player slots as an indication of their plan, Russell might become available in order to fully clear those 2 max spots on their roster.

More than likely, the Mavs wouldn’t have to throw the same kind of cash at Russell to steal him like Brogdon, they would just wait to see how the start of Free Agency treats Brooklyn and wait for him to fall between the cracks similarly to how we acquired Harrison Barnes. This would be an opportunistic pickup, rather than full RFA headache.

There are, of course, other RFAs the Mavs could pick up this offseason like Willie Cauley-Stein as illustrated here by our own Logan Mitchell (Welcome to the team, Logan!) or maybe Danuel House or Kelly Oubre via Restricted Free Agency, but these would be additions AFTER the Mavs know how their initial targeting panned out.

So, with the hassles and hurdles that Restricted Free Agency presents, the Mavs should more than likely focus on players that can make their own decisions, rather than the ones subject to their old team’s whims.

Unless Donnie and Cuban know the inner thoughts of Milwaukee on Brogdon, it makes more sense to get what you can get outright and then try to TRADE with those teams later on in the season. The RFA market is just too dodgy when the Mavs MUST get better NOW.