Wednesday, November 30th, 2022
THE LATEST
Home Rangers Is Keuchel the Answer to the Pitching Staff?

The Rangers are here and they aren’t going away. They put together a sweep against the Mariners, and firmly put themselves in contention for a Wild Card spot.

Many factors play into that, but none bigger than the pitching staff. But are the pitchers ready to lead this team into a mid-season push? Yes and no, because there is one player that not many are considering, but is gaining momentum throughout the league.

Mike Minor and Lance Lynn have been the Bulldogs of the rotation. Before Drew Smyly earned his first win against the Angels, Minor and Lynn were the only pitchers for the Rangers to record a quality start. Lynn and Minor are averaging 6 innings per start combined and 6.3 strikeouts per start. They are the best things to happen to the Texas Rangers since sliced bread, but they need help from the rest of the group. 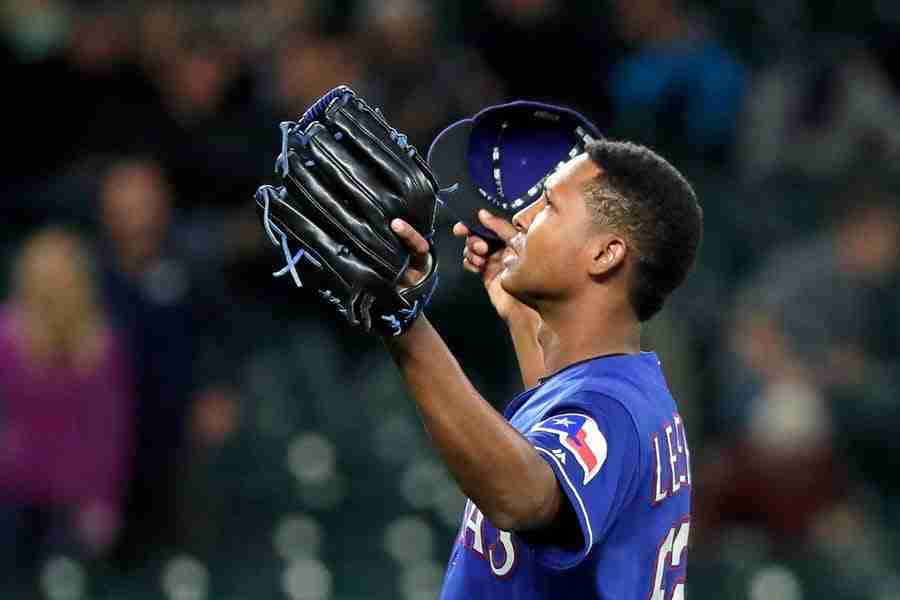 Manager Chris Woodward has also been experimenting with an opener recently, using Jesse Chavez and Jose Leclerc in certain situations to gain an advantage for the game. So far it has worked well, with Chavez’s recent “opening” being 1.2 innings and only giving up a hit against the Mariners. Leclerc opened the game against St Louis, going 1 inning with 2 strikeouts. It has worked lately, but eventually, you will need a late rotation pitcher like Drew Smyly, Shelby Miller or Adrian Sampson to start and go 6 or 7 innings for the team, and that’s not a great ask at this point, which brings me to my next point.

Dallas Keuchel is a name that’s been thrown around lightly in the early part of the season. He still hasn’t signed a deal with a team yet, mainly due to the draft compensation attached to him. If Texas were to sign him before June 1st, the team would relinquish pick number 41 in this year’s 2019 MLB draft to the Houston Astros. That’s not very enticing but stay with me here. Pick number 41 is the 8th pick in the 2nd round. That pick could be a pitcher, and they could turn out to be a good prospect, but the odds of that prospect helping you win within the next 2-4 seasons are slim. All stipulations would disappear after midnight on June 2nd, however. 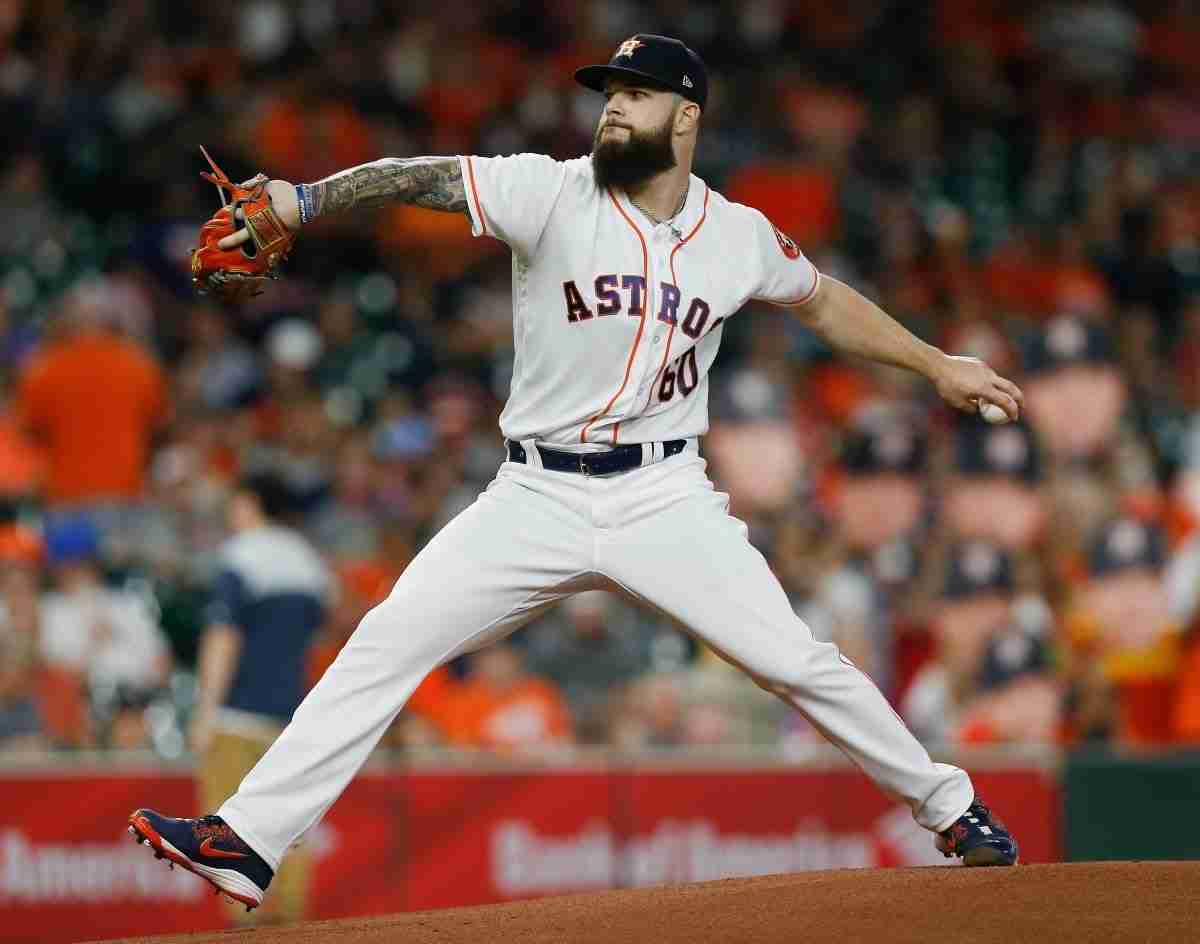 In 2018, Keuchel finished 12-11, starting 34 games over the season which led all of MLB. He was durable though, having 204.2 innings pitched, 153 strikeouts against just 58 walks while facing 874 batters, which also led the MLB according to baseballreference.com. Remember, this was a down year for Dallas, as he still posted a 3.74 ERA for the year. Being 31 years old, you have to believe that he still has gas in the tank and many more innings to pitch.

The question is this though: Are the Texas Rangers willing to take the risk?

The Rangers could wait until midnight ET on June 2nd to make an offer, which by then would be competing with teams like the Yankees and Rays who have already been linked to him for his services. So Texas would have to put a substantial offer on the table in order for him to come to Texas. If Jon Daniels takes the shot and finds a way to sign Keuchel before June 1st, the Rangers are all in for the next couple of years. Reports before said he’s looking for a long term contract worth around $17-20 million per season, which is somewhat the rate for an effective #2 in the rotation. 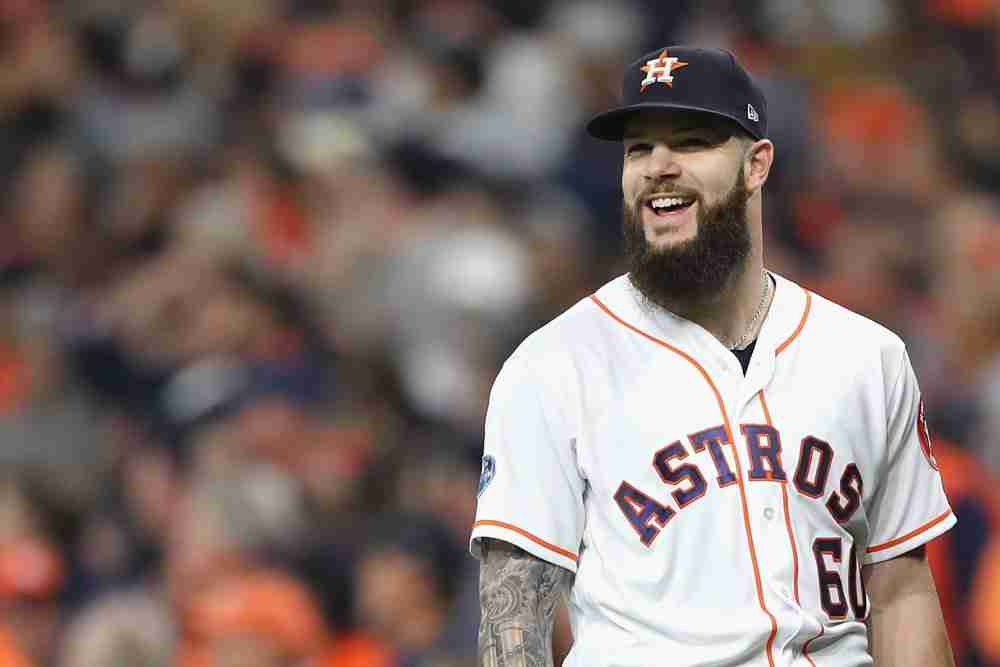 Keuchel told Yahoo Sports’ Tim Brown early this month that he won’t “settle out of principle,” meaning he won’t sign just to sign a contract at a lower price than expected. So he’ll more than likely wait until all teams are in on him, turning it into a bidding war, which doesn’t sound great, but if we are win-now situation, the Rangers might want to throw their name in the hat.

Keuchel would easily be the 3rd best pitcher in this rotation with the potential to be the 2nd or even the best pitcher if he returns to his CY Young form. He would give the Rangers another left-handed pitcher that would be able to pitch deep into games, in turn saving the bullpen for later games.

The question at this point is if the Texas Rangers are willing to spend the money that’s necessary to acquire the veteran lefty.