The Mavs have the largest trade exception ever, but what can we do with it? Let’s wildly speculate.

As the Mavs finish out the season, there is little left to truly play for. Dirk passed Wilt on Monday. Luka has all but locked up the Rookie of the Year honor. Kristaps isn’t playing, no matter how much you want him to. However, we can start our homework for how the Mavs can upgrade this team in the offseason.

I will be doing a series called THOUGHT EXPERIMENT to explore different ways the Mavs COULD maneuver this team back to contention over the summer. I am not reading the tea leaves of what they WILL do, but examples of what they COULD do. 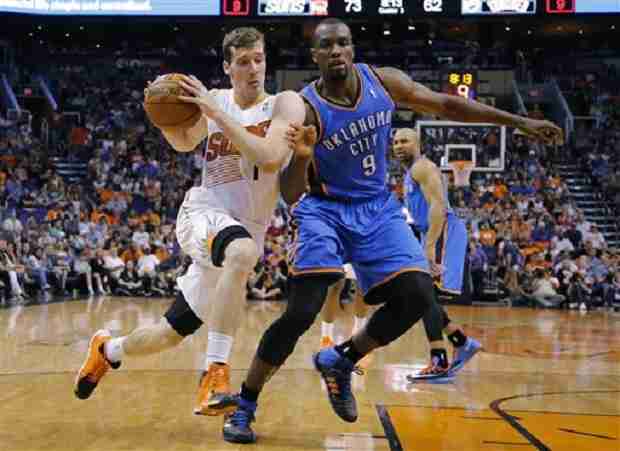 The Dallas Mavericks, through the Knicks trade and the Kings trade that sent away 80% of the starting lineup, accrued a $22.3M trade exception (the largest single one in NBA history). The Mavs can use this to acquire a player, but only through trade rather than outright free agency. As with any trade, it will take a trade partner to use it, so let’s dig into how it can help the Mavericks.

What is a Trade Exception?

A trade exception is essentially a way to balance out what the Mavs sent away vs what they took on in the trades. Mavs sent too much out, so they get to use what feels like free money to add to a trade in the future. Trade exceptions are good for 1 full year from when it was earned, so the Mavs have this money available until the 2020 trade deadline. It can be used all at once, or broken up into several transactions. It isn’t cash to pay towards a Free Agent, but if a player is under contract this money can be used to acquire them for a lesser player plus the trade exception. Or if the money is right, the Mavs don’t have to send any player back. It’s a tool that can be used whenever the right situation presents itself. For our purposes, let’s look at using it this offseason.

What Team Would Trade Us?

As stated before, using this trade exception takes two to tango. Why would a team want to trade a useful player for either a less productive player plus cash or trading them outright for nothing? The answer is a team who needs cap relief. Some teams have overspent already for next season and are subject to high luxury taxes before adding any new talent or additional contracts. They need help reducing their cap and need larger contracts to leave and get nothing but breathing room in return. Currently, according to Sportrac, there are 5 teams who are in the Luxury Tax headed into the offseason that could reasonably use some relief.

These teams are over the cap, over the luxury tax and all presumably want to get better in the offseason (looking at you Miami and Cleveland). They can pay the luxury tax and keep things status quo, but I’m sure they would all entertain a call from Donnie seeing if they can save some money without giving up a premium player. None of these teams will be parting with their superstar for nothing in return, so we can forget Paul George, Kawhi Leonard or Damian Lillard pipedreams through this avenue.

We can, however, look at players who might be aging out of the team’s plan, or a somewhat upside down contract that wouldn’t look as bad on the Mavs because it wouldn’t cost us anything to get them. You can still get good players on short deals, like one year remaining on their contract via this avenue that teams would certainly listen to offers.

Who Could We Get?

For this exercise, I looked at the rosters of these 5 teams and found players with one year remaining on their deals that could serve some needs for the Mavericks. Looking at 1 year deals allows the Mavs to add them into space without jeopardizing their Free Agency plans. All of the following players would be a 1 year rental role player with something to offer the Mavs.

Schroder is a shoot first point who has a reasonable outside shot, averaging 33.4% this year. He leaves a lot to be desired on the defensive end, but could be a good option as a second ball handler either next to Luka or coming off the bench, as he does now in OKC. He could be an instant fill in for a potentially retiring Devin Harris and or stopgap until JJ Barea returns from injury to run the second unit. Schroder actually has 2 years at $15.5M left on his deal, so this one isn’t an amazing fit.

Dragic seems like one of the most likely candidates to fall into this trade exception hole. He has a player option with the Heat for $19M next season, so he could opt in with the understanding that they trade him to Dallas immediately. Dragic is in the last year of a very large contract and the heat would be happy to vacate that contract while simultaneously making Goron happy. He would most likely be happy to come to the Mavs and rejoin his fellow countryman Luka Doncic, with whom he played in the FIBA World Cup and won the tournament for Slovenia. We know they can work well together and like playing together, even if it’s only for the one guaranteed year. Dragic can be a secondary ball handler and is quite an accomplished outside shooter as well. He is an average outside defender for his size, but nothing to brag about there.

Unless the Heat go into full teardown mode, it seems somewhat unlikely that they would move Whiteside for cap space, but stranger things have happened. He is nearing 30 years old, his numbers have declined the past 2 years, and he’s got a player option for $27M next year. All that being said, the market for bigs has definitely dried up since Hassan signed his max deal in 2016, so they might be willing to part with him. He would definitely fill in the rebounding hole the Mavs have and be a big to handle the larger bodies of the NBA, saving Kristaps from the grind of people like Boogie Cousins or Andre Drummond. He would be a fairly good fit, but with the money he is owed, the Mavs might have to attach something else for the one year rental like a player or a pick that the Heat can use in the rebuild.

Clarkson has been pretty good for the Cavs this year, posting career numbers in several shooting categories, so he might not be the Cavs’ first choice to offload, but his money says they’d listen. He’s owed $13.4M next season, which would save the Cavs a good chunk of luxury tax. He is not a good defender outright, but he’s been on some bad teams going from the tanking Lakers to the Lebron-less Cavs, so that might not be fair to judge. He is shooting 33% on 3s this year, which isn’t stellar, but with a Lebron dishing to him last year on the spot up, he shot over 40%. With a distributor like Luka, he could be put in a situation to succeed.

While the Raptors don’t mind their small cap hit now, they will definitely need to make some important decisions with their money concerning Kawhi Leonard this summer. Like Barnes leaving Golden State when they signed Keving Durant, Serge Ibaka could find himself on the chopping block due to his one year $23.2M contract. Toronto might want that space free and clear and Serge could be the smaller, bulkier power forward/center combo the Mavs need next to Porzingis. He gets a reasonable number of rebounds and is a plus defender while still offering some semblance of an outside shot. Ibaka is not a perfect player for the Mavs, but as a free addition, you could do a lot worse.

Of course the Mavs can do any of these things or none of them. As a reminder, the trade exception doesn’t expire until next season’s trade deadline, so it might not be used at all this summer. OR it could be broken up into several little deals and bring back smaller contract role players. The trade exception isn’t the only bullet in the Mavericks’ talent acquisition revolver, but it is a tricky one to have in the holster just. in. case.