The Dallas Cowboys have officially placed the franchise tag on DE Marcus Lawrence.

The 2 time All Pro who has accumulated 25 sacks over the past 2 seasons could not reach a deal with the franchise and will be earning $20.5 million for the 2019 season on the tag were he to sign it. At only 26 years old, he’s seeking the biggest contract of his young career.

Both sides have been working on a long term contract, but were “not even close” per recent reports from inside the building. Lawrence has until July 15th to sign the franchis tender.

Lawrence helped the Cowboys finish with the number 6 defense in the league, leading his team with 10.5 sacks, his second consecutive year with double digit sacks for the franchise.

While the two sides aren’t close to an agreement today, it’s not impossible for them to come to some sort of deal before the deadline. But how much should he get? Let’s see how Khalil Mack and Tank Lawrence differ in statistics over the past two seasons. 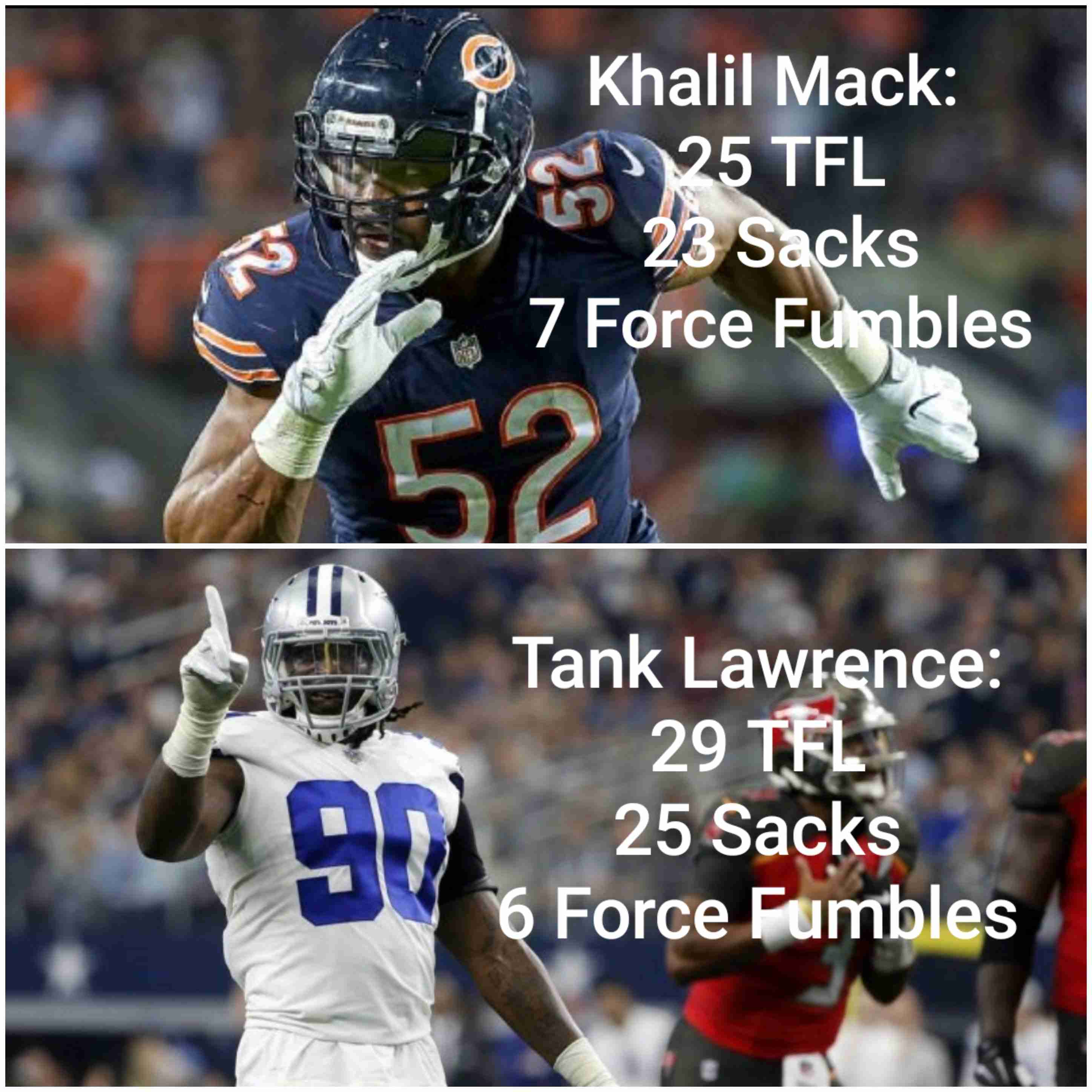 Mack received a huge 6 year deal worth $141 million with $90 million in guaranteed money and $60 million at the signing. Lawrence will be looking for a contract in the $20-25 million per year, but the Cowboys have yet to budge.

Injuries have played a role in Lawrence’s past, dealing with a shoulder and multiple back injuries. But let’s not forget the suspension in the beginning of the 2016 season for four games due to substance abuse.

The Cowboys will be trying to hold anything and everything over Tank’s head in order to lower the price, but Tank and his team will be fighting for every penny they can that they believe Tank Lawrence has earned.