Saturday, February 4th, 2023
THE LATEST
Home Mavericks SO IT BEGINS

Transformations are ugly, uncomfortable and most importantly essential to winning. The front office has completely overhauled a floundering roster initiating a new era of Maverick basketball.  The current make up of the team is markedly younger and extremely more athletic fostering a team of position-less players many teams are attempting to mimic. 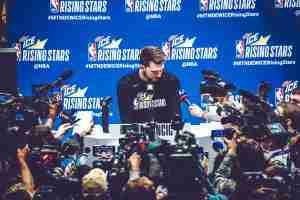 The Mavericks have also continued a theme of acquiring overseas talent few NBA clubs have found success utilizing. The signing of Kristaps Porzingis undoubtedly elevates the Mavericks expectations and potential, but it also creates a roster flexibility frankly last experienced in 2011. Porzingis can play multiple positions, while maintaining a consistent outside stroke teams must honor. His ability to impact the game on the offensive end of the floor is bar none while his defensive skills are respectable they should improve in the coming years. In just 186 games Porzingis is sporting career averages of 17 points, 7 rebounds, and 1 assist. Once healthy the “Unicorn” will be expected to maintain and eventually improve upon that level of production.  Mark Cuban made it clear the plan is for KP to prepare for next season. His addition confirms that a new Maverick team is taking form and its fun to watch. Signing him this off-season should be priority number one without question.

Every interior player on the Mavs roster can play both power forward and center while possessing adequate defensive foot speed to impede pick and roll production. This is essential to success in today’s NBA. This decade the strategy of most championship teams has been dominated by an emphasis on ball movement, focused three point scoring and consistent perimeter defense. Previously the Spurs and most recently the Warriors have exploited this scheme resulting in multiple rings. Granted the Warriors didn’t utilize an overseas flare the overall strategy was key to their success. Even with the acquisition of Porzingis the Mavericks are still stricken with a shortage of talent. In order to legitimately contend in the western conference they will have to acquire another star. Preferably one that can mask the defensive deficiencies of Porzingis. Ensuring his offensive production stays in tact by preventing overuse defensively will be key when he returns to action. Obtaining KP is about next year and the future, winning this season can wait.

Replacing an aging Wesley Matthews (32) and a plateauing Harrison Barnes (26) with Tim Hardaway Jr. (26), Courtney Lee (33), Trey Burke (26) and Justin Jackson (23) not only makes the team younger and more athletic but potentially dominate on the defensive perimeter. 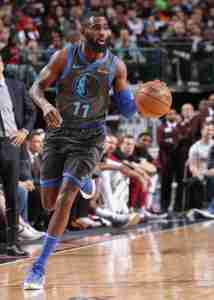 Where most teams have one maybe two high level outside defenders the Mavericks have obtained potentially four. The age and previous team roles of each player suggests as much. Justin Jackson has a tremendous amount of potential as the Houston native must strive to be more assertive defensively like his length would suggest. Otherwise, he could continue to see limited minutes as Rick Carlisle has little patience with young developing players that don’t show improvement. Offensively the production of Luka Doncic provides a rare luxury for the club. Instead of worrying about producing points they now can focus on acquiring more defensive centric players that compliment Doncic’s game. Like Kristaps, the Mavs have to find players that mask the few defensive liabilities of Doncic. The teams additions clearly upgrade the roster but highlight the glaring holes in the interior. Only soon to be retired vets and solid role players fill the current void. Obvious team blemishes such as these only suggest this summer is essential to the teams rebuild as they review the free-agent market.

The strategic talent of Rick Carlisle should take center stage in the coming months and years as the team now has the bandwidth to match up with most clubs on the perimeter. To this point the team has not been able to consistently stop teams from scoring. Essentially allowing them to maintain their season averages which naturally lead to unexpected loses. The Mavericks will be tasked with ingratiating the new pieces to Carlisle’s system while nurturing the relationship of Doncic and Porzingis.

The Mavs success will be directly linked to the production of these two cornerstone players. The idea of attaching the overall success of a club to a player as young as 19 year old Doncic sounds foolish unless you’ve witnessed the magic first hand!  His talents alone have accelerated this rebuild to new heights leaving many wondering are the Mavericks really one player away from championship contention?