The Dallas Cowboys have refrained from spending an enormous amount of cash in recent years, but should they stand pat once again?

With about $45 million in cap space to start out with, we’re going to name some players that could be potentially cut to create space, along with some that will be priorities to resign, and targets in free agency that could add depth and talent to this team.

You, GOTS to Go – Potential Cuts

Since his contract extension in 2017, Terrance Williams has 55 receptions for 586 yards. These numbers are skewed because in 2018, he only had 2 rec for 18 yards. He was suspended for three games in October 2018 from a public intoxication arrest in May 2018, and could open up $4.75 million if they cut their losses with the Baylor product.

I highly doubt this will happen since Heath has become an average starting free safety in the league. But he still lacks the speed and playmaking ability that the Cowboys so desperately need in their secondary. By cutting Heath, they can open up $2 million, but still have $450K of dead money on the books. Could that money be used on a different player like Earl Thomas?

Before you go search my address and Facebook profile to destroy my new career, hear me out.

Lee has been the leader of this defense for as long as he’s been here, and it doesn’t seem right to cut him. But, he’s scheduled to make $10.075 million this year, which is a lot for an oft-injured starting linebacker, but could save us $7 million towards the salary cap. No matter what, the Cowboys would have to pay him $3.075 million for this season.

In his last two seasons, he has missed 14 regular season games, and before that, missed the entire 2014 season with a torn ACL. As much as I hate to say it, Sean Lee, GOTS to go.

Bring Them Back! – Re-Signing Targets

This is the most obvious name you can throw out there. Tank completed his 2nd straight Pro Bowl season and has earned his big time payday at just 26 years old. The question is, however, how much?

Aaron Donald and Khalil Mack got paid $135 and $141 million each, respectively, and are arguably the top 2 pass rushers in the NFL. Does Tank deserve that much? I don’t think so, but after 25 sacks over the past two years, we should expect a deal somewhere in the five or six year for $100 – $125 million range, averaging $20+ million per season, with possibly 75% guaranteed money. He deserves to get paid, so Dallas, PAY THAT MAN.

I wrote about a month ago that Byron Jones has finally come into his own under Kris Richard, arguably becoming a top 5 cornerback in the NFL. Only allowing one touchdown this year, he ended the season with 67 tackles and a career high 14 passes defended. Below are the top 10 paid cornerbacks if 2019, according to spotrac.com. Where does Byron Jones belong amongst the best? Jerry Jones, it’s time to PAY THAT MAN! 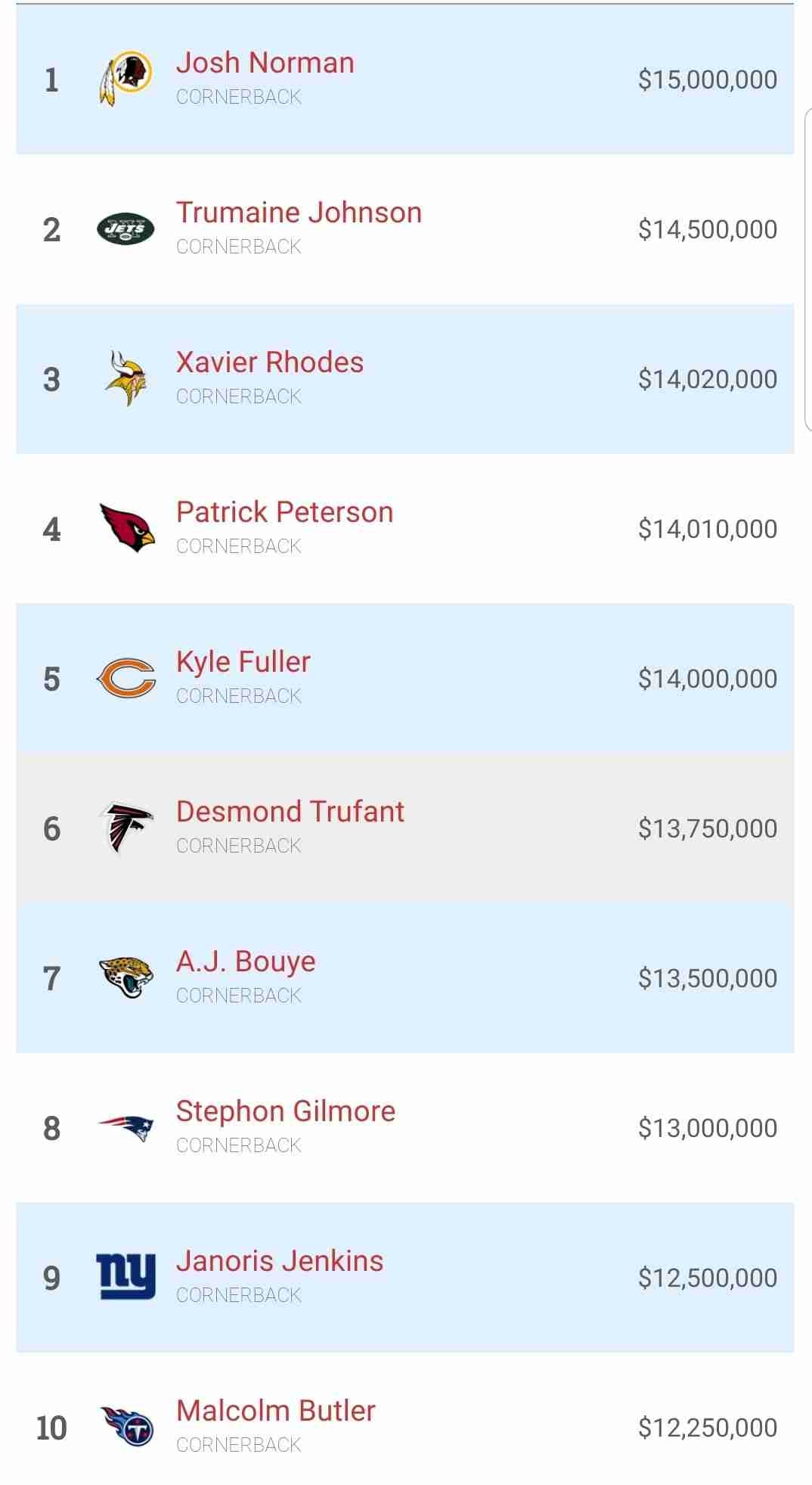 Cooper is the second most obvious name to be paid. Cooper single handedly saved the Cowboys’ season when they acquired him for a 1st round pick. Starting 3-5, the team knew they needed to make a move, and what a move it was. Cooper performed like the 1st round pick he was, accumulating 53 receptions for 725 yards and six touchdowns in his eight games with the Cowboys.

In his two games in the playoffs, he had 13 rec for 171 yards and a touchdown. Easily the number 1 wide receiver on the team, they will need to PAY THAT MAN!!

Arguably a top 5 safety for his entire career, Thomas finds himself looking for a new team. Suffering a broken leg in the early part of the season, he avoided any ligament damage. He’ll be looking for anywhere between $10-15 million per year. But are the Cowboys really ready to commit to a 30 year old safety coming off a broken leg? He offers leadership, experience, and sideline to sideline coverage in the secondary. I think Jerry is a risk taker, and this is a risk worth taking.

Montgomery is a somewhat known name, having played for the Packers, and then being traded to the Ravens mid season. Being a former wide receiver, he was moved to the running back position to fill in, helping him become a dual threat player. Now he’s not going to be Tevin Coleman or Mark Ingram, but he can be a cheap piece to add to a downhill running offense that is looking to expand itself under new OC Kellen Moore. In his 42 game career, he has 932 rush yards with 7 tds along 107 receptions 892 and 3 tds.

I know he’s technically not a free agent, and I technically cut him earlier in this article, but if they decide to part ways with the veteran linebacker, it would make perfect sense to try and bring him back at a cheaper price. He won’t be a starter with Jaylon and LVE in the lineup, but he can still help and lead this young team. Over his past four years, he has 304 tackles and three sacks, which isn’t much, but he’s a weak side LB anyway, and he doesn’t rush the QB very much. I think it would be smart to retain The General for a much cheaper price than his $10 million cap hit.

The offseason has just begun, and the Cowboys have to play chess right now with big contracts on the table. Let’s hope they don’t let key pieces walk because they don’t want to spend an extra couple of dollars. Jerry and the crew have their hands full, so let’s sit back, relax, and put everything they do under the microscope and dissect everything they do. (Kidding, not kidding).