The Mavs are currently in a funk, losing 11 of their last 15 games, and fans want trades done to fix it! Let’s look at exactly what the Mavs have that people might want in trade.

Luka Doncic is a star. Very few will debate that point, especially after he dropped 30 on the Suns in our win last night (FINALLY!). After the first round of All-Star voting, he was 4th in votes in the Western Conference and 7th in overall voting IN THE LEAGUE! The fan vote won’t get him there alone, but it is a good indication of how he’s impacting the game and also his own team. The Mavs have a great player and the team is failing despite his successes after going on a run that seemed like the ship had been set on a path to the playoffs. 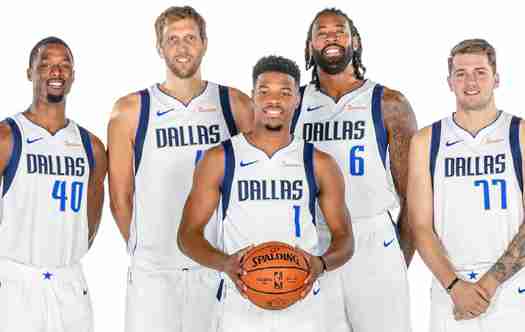 However, the Mavs have played a rough road stretch over the past few weeks (where we’ve established they haven’t played well in away games) and fans want it fixed now. There are many options at Coach Carlisle’s disposal to change things: he can change the rotations, he can simplify and/or slow down the game plan, he can speed up and push the pace, but there is one thing he can’t do – change the team’s players. That’s a job for Cuban and Donnie to sort out. The ESPN Trade Machine is running full time and Mavs fans have no problem pointing out their favorite ways of fixing the team. Whether the deals are based in this reality or a fan’s wishful fantasy land, an understanding of our team’s players as assets to teams we would want to trade with is a useful thing.

Let’s look at our largest team assets, what they bring to the table this year via stats, their current contract situation, why another team would want them, and then finally, what percentage I think they will be dealt.

Why: All teams that didn’t draft Luka now want Luka. He’s on his way to being an All-Star after 39 games and is two-time Rookie of the Month on his way to a Rookie of the Year win if things continue. He does everything and makes his team better. There is only one player more protected on this team, and it is Dirk Nowitzki. Teams can offer the moon for him and his future and Cuban will just let that phone ring and ring.

Why: DSJ is an extremely athletic point guard who has the ability to soar above the rim and would add dynamic play to any team’s backcourt. This year, DSJ has dramatically improved his 3 PT shooting (from 31-37%) and has proven to be a much better defender this year than last year. He isn’t a perfect point guard yet, as his decision making is a little hesitant at times, but if a team has the time to wait on his development, he could turn into something special when he puts it all together. If he is dealt, the front office would most likely package him with another contract to get a sizeable return for the Mavs in the form of a high level talent.

Why: Any team that has interest in DJ needs one of two things: rebounding or salary cap help. DeAndre, at 30 yrs old, provides the Mavs the best rebounding they’ve had since Tyson Chandler in 2011 and has kept them in the game from that perspective. He doesn’t offer the rim protection he once did, or any outside shooting, so his price tag really sets his most meaningful contribution in cap relief. Teams that could use a center, but really need to get out of a bad/bloated long term contract could trade for Jordan’s expiring contract to get out of cap hell. Trouble with that is, the Mavericks would have to want the other team’s bad contract.

Why: Harrison is shooting the lights out from 3 and is our 2nd best scoring option after leading our team in scoring the past two years. No team would turn down scoring, but it would take a very specific team to trade for a $24M rental piece. It would need to be a team who desperately needed a score-first wing and was willing to break the bank to do it. Additionally, the Mavs would want either a very young, controllable asset to go with a large expiring contract in exchange, and no team I’m aware of fits both the want and the cost of this deal.

Why: Matthews is turning in his most efficient offensive season in a Mavs uniform. However, he’s lost a step on the defensive end. Mavs fans’ collective desires to trade Wes might actually come to fruition this year. He’s shooting the 3 very well and is still a very solid defender in shorter bursts. His 3-D skillset is the #1 thing teams making a championship push are looking to add to their team and Wes would be a postseason rental for them so the price is very agreeable. The timing is really right for all parties to trade Wes for a future draft pick or a young/controllable player along with an expiring contract to make the money work.

Why: Dwight has been extremely efficient as a rim rolling big man ever since the team stopped trying to make him a stretch 4. He adds instant offense in a backup role while not being the best defender in the paint; however he covers the perimeter very well for a big. With his player option, he is not an ideal trade candidate for the money, but he could help make the money work if a team wanted to swap DSJ for a high dollar veteran. He has value, but most of it is to this team at his price.

Like Dwight, all players (except Dirk) are available to be traded, but are not going to headline deals, so players like Maxi and Dorian would be thrown in to take on a larger contract in order to make money work out for league trade rule purposes. These lower dollar expiring contracts don’t diminish their value to other teams as much as they illustrate their value against the larger contract they are accepting.

All of this is to say that whether or not the Mavs make a move this year, they should only make a move with regard to the future and how they see the team working beyond this year’s expectations. The Mavs have a ton of cap room this summer, but so do a lot of teams. Players will want to play with Luka, but they won’t do it on a discount yet with how far the Mavs are from playoff contention, so the easiest way to acquire assets is through trade. Let’s see what the front office can cook up.

Wanna play GM? Give us your trade ideas in the comments and whoever is right gets bragging rights since you said it here first!