Having gone to the game last night, there were some observations I made that show both where this team is and where it’s going. 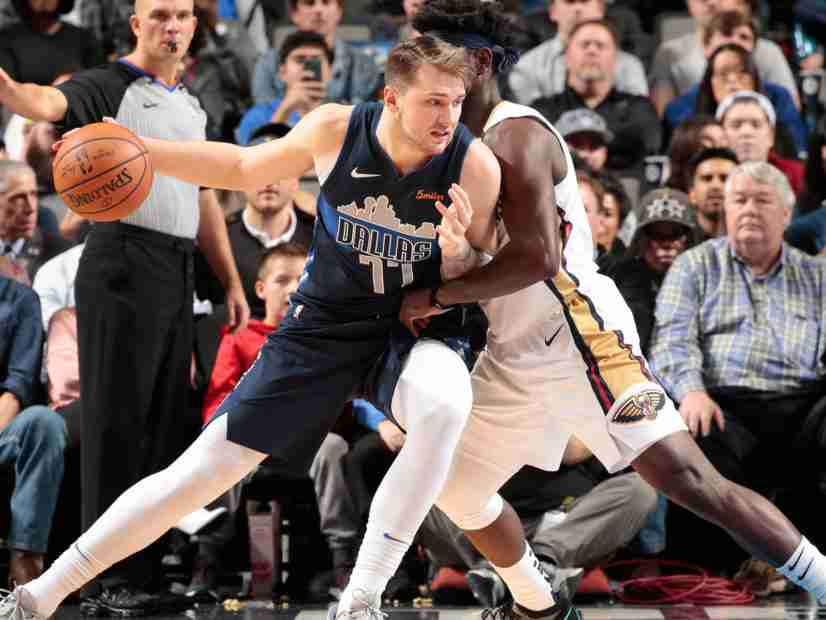 The Mavs came into last night having lost 6 straight for the second time this season, continuing their season long trend of being far worse on the road than at home, so last night was an opportunity to right the ship. The Pelicans had lost 4 of 5 going into the game, but presented the Mavs with a major problem on the inside with their tandem of Anthony Davis and Julius Randle. It was set to be an interesting matchup and it was a truly great game to be in attendance for. Mavs eventually won out as time expired, winning 122-119 in a game that had 19 ties and 13 lead changes throughout the 48 minutes as these two teams battled to stop their respected skids. There is so much that can be said about this game, so let’s just examine the biggest takeways from the game with my recommendation to watch it on replay on FSSW.

Maxi Had a Night

Maxi Kleber was inserted into the starting lineup to help DeAndre combat the NOLA twin towers that dominated the Mavs for a combined 54 points when they met on December 5th. He started at the cost of Jalen Brunson to give us size and defense in the middle and it paid off mightily! The new German Wonderkid had a statement game for himself in what is a contract year. At the beginning of the year, it was hard to really find where Maxi would find minutes with the offseason additions, but now he is proving he not only deserves minutes, but he could potentially start for a good team.

Maxi had a career high 6 blocks and proved that he can guard positions 1-5 against starting caliber NBA talent. He stretched the floor and made them respect his 3 point shot by going 2 for 5 from distance and then beating Anthony Davis to the rack by going baseline on one of the longest and quality big defenders in the NBA. He only ended with 10 points, but he also ended with the best +/- on the team at a PLUS 5. Maxi just earned all the spot starting minutes he can handle if the Mavs face a formidable frontcourt.

Dirk is the GOAT and We Know It

Last night, the Mavs were pushing a hat on sale at the AAC that respects Dirk and they sold like hotcakes (my wife had to have one). The hat itself is a good hat, but the love it reflected was felt all through the arena. Not only was the giveaway a towel version of his jersey, but the Mavs fans loved everything about the big German. Every time Dirk was announced, he was cheered. Every time he touched the ball, MFFLs in the stands paid attention. When the shot went up, you could feel the air suck out of the arena and if it went in, the roof came down!

Give credit where credit is due, MFFLs know the end is coming for the face of the franchise and want to celebrate and cherish every single moment with the greatest Maverick of all time. Additionally, it was announced last night that Dirk passed Karl Malone to become #4 on the all-time games played with 1,477 games, all in a Mavs jersey. When they announced this during a time out, the entire arena came to their feet to celebrate the one true GOAT and Dirk waved to the fans, but of course he was focused in on getting this win. We really don’t deserve him.

After the third quarter, the Mavs were down by 4 and it felt like the Pelicans might be starting to pull away. Their lead stretched to as big as 8 at times in the 4th, but then JJ and Devin went full night vision scope sniper style on them. They communicated without talking, moving in unison and pushing the pace and got us back in the game the way they ALWAYS do. JJ went 3 for 3 from deep and Devin followed his lead knocking down 2 of his own tying the game up for the starters to come back in and close it out.

Jeff “Skin” Wade regularly refers to these two on his NUMBERS ON THE BOARDS podcast as “Company Men” in that they know everything there is to know about this team, the playbook, the game and how to win, so when they go in, they get the job done no matter what is asked of them. Without these two going for 21 combined points in the 4th quarter alone, this game ends in an L.

Luka is Earning his ‘MVP’ Chant

With 11.7 left on the clock and the Mavs up by 2, Luka is fouled by Julius Randle, putting him on the line. This game has been close for the final 8 minutes of the game, so crowd was electric by this point, buzzing with energy for their young, budding superstar, which slowly but surely manifested in an MVP chant for Luka. It. Felt. Awesome. He made the first bucket and the crowd went absolutely berserk. I haven’t felt the AAC rock like that from a free throw in a LOOOONNNNGGGGG time.

Anthony Davis missed the final shot attempt to tie the game up and send to OT and who got that final rebound? Luka, of course. Putting him with 9 boards on the night, making him one rebound shy of becoming the youngest NBA player EVER to record a triple double. He ended the night with 21 points, 10 assists and 9 rebounds, which gave the crowd plenty to chant about. You could feel that when Luka checked in in the 4th, that it was about to go down and the crowd just KNEW he was going to bring it home. He lived up to their expectations and closed out the game the way he’s shown he can all season and the fans let him know they appreciated it.

The Crowd is Changing

Last night was the largest crowd recorded at the AAC this season at 20,340 in attendance. They didn’t come for The Brow, the Lakers or Golden State. They came for Luka. When we got to our seats before the game, it seemed like it would be a standard post-holiday crowd with empty seats all over the place, not to mention the torrential rain happening outside keeping folks on their couches, but they came out and filled up nearly every seat in that arena. They hung on every shot, they watched with awe and appreciation every time Dirk, JJ, DeAndre or Luka touched the ball. Every block was celebrated. It felt like the fanbase was back to where it was after the championship run. The crowd let you know that the Mavs are back to playing meaningful basketball and they appreciate it.

The other notable thing about the crowd was what they were wearing. It was like a sea of the number 77 in the stands. People young and old had come out to watch the young phenom play his game and celebrate the future of the franchise. Of course you still saw 41 jerseys all around, but for the first time in my lifetime, there were fewer Dirk jerseys in the arena than another player. Luka has given true MFFLs the hope a fanbase needs to show up every single night. And he’s done it in just 33 games… It was a glorious experience and every one of you reading this needs to get to a game stat.