Dirk is finally ready to kick off his 21st season with HIS Dallas Mavericks and he’ll do it away from the AAC against the Suns. But what does Dirk’s return mean for his team that has been red hot without him?

Dirk Nowitzki has been the official face of the franchise for 21 years, but he hasn’t played a game yet in his 21st season due to an arthroscopic ankle surgery in the offseason. After some setbacks, Dirk has really ramped up his workouts and practices over the last few weeks leading to wild speculations of when he would or would not FINALLY suit up for his Mavericks. There was Eddie Sefko of the Dallas Morning News speculating that Dirk would return because a trading card company made a Dirk centered decision. There were the post practice videos of him playing 3 on 3 and shooting with his shot guru Holger hinting how close he was. There were the always noncommittal comments of Rick dismissing all of it and last against the Atlanta Hawks, Dirk was listed as Questionable for the first time (upgraded from OUT) to further tantalize MFFLs when he ultimately did not play in the game. 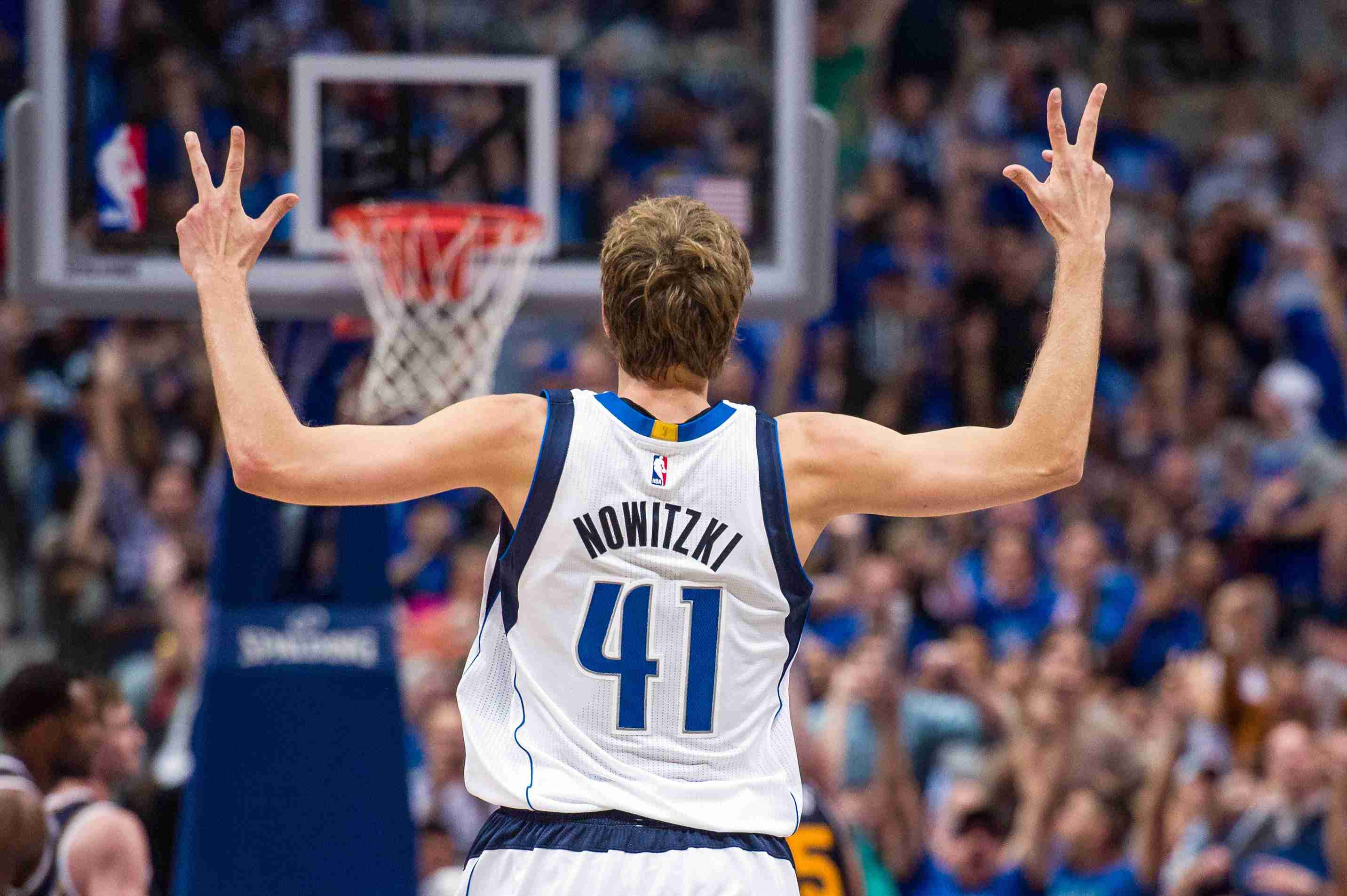 But today, Tim McMahon of ESPN has sources confirming Dirk will play tonight in Phoenix and the Tall Baller from the G will rejoin a team that is truly his until he selflessly passes the torch to the heir apparent, Luka Doncic. While every single Mavs fan wants to see Dirk grace the hardwood and watch the sweetest shooting 7 footer of all time do his thing, in the back of their minds, you have remember that this team is 15-11, in 7th place in the West and has won 12 of their last 15 games. The team Rick Carlisle has put on the floor has been firing on all cylinders and playing very well together. So what does integrating Dirk back into this team look like?

Rick Carlisle will be the first person to tell you that you can never have enough playmakers on the floor and Dirk is one of the best in the history of basketball. He will come off the bench and rejoin the second unit he played with last year that was one of the most efficient benches in basketball. He will do what he always does, which is space the floor creating a gravity that only comes from being a respected shooter for over 20 years. This will free up anybody he plays with to drive into the paint and create plays or score buckets. Dirk can play as little or as much as he wants, but there is a trade-off for the Big German taking the court, others lose valuable minutes.

There are only 48 minutes in a game and only 5 people on the floor at a time, so some folks are going to lose time to Dirk, but who? For the past few years, Dirk has been a stretch 5 for the Mavs, so the obvious place to look would be the other centers on the roster. DeAndre is the unquestionable starter who averages 13.5 rebounds a game, Maxi Kleber who is our block leader with 1.3 a game and Dwight Powell, the rim running big who has the highest adjusted field goal percentage on the team with 62%. These bigs play 31.4 minutes, 18.4 minutes and 16.6 minutes respectively. So who gets bumped down the bench with Dirk coming back? The answer is, more than likely, nobody. In reality, Dirk will probably shave a few minutes off of each of them, especially while he works his way back into NBA game shape.

In reality, Dirk isn’t ready to play more than 10 or 12 minutes total yet, so if you take 3 minutes from each of those guys, you have Dirk’s minutes. These minutes will undoubtedly grow as he gets his game legs back, but for now 10 minutes is plenty. The conundrum of where Dirk’s minutes come from is probably part of the reason he’s starting his season away from home rather than in front of the MFFLs last night at the AAC. Tonight’s game at Phoenix is the second night of a back to back where starters minutes are usually cut back and bench players and end of the bench guys are guaranteed to get more run. Dirk can slide in and play minutes to practically no one’s minutes detriment (except maybe Broekhoff’s) and Rick can see how Dirk looks without having to truly upset the apple cart that is his lineup structure.

Also, I would expect to see the lineups that Dirk is a part of vary greatly for a while since Maxi and Dwight are so useful to this bench unit and team’s current run of success. If you look to last year for a blueprint to how this might work, Dirk was a part of 5 of the team’s top 10 5-man lineups that played at least 15 games together (and all of them were a positive +/-). 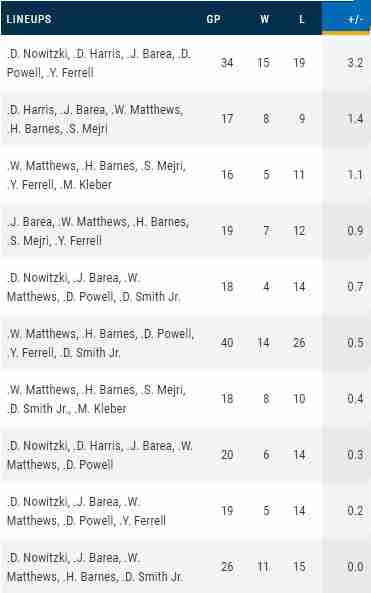 Carlisle could take Dirk back in time to his youth and play him as Small Forward to stretch the floor like Donnie Nelson envisioned his rookie year so that Maxi and Dwight could stay on the floor with better spacing. You could see him be the small ball big for an all guard lineup of Dirk, JJ, Devin, Brunson and Finney-Smith. He could be used as a true scoring specialist at the end of games to stretch the floor. For example, if you’re down by 3 with 10 seconds to go, Dirk could sub in with an all 3 point shooter lineup to close it out like Dirk, Luka, Wes, Barnes and Dorian Finney-Smith (all of whom besides Dirk are shooting 37% from 3 or better this year) and defenses would be positively helpless.

The point is that adding Dirk back into the lineup doesn’t mean any single player gets singled out and gets to know Cuban better by moving further down the bench, it means that Carlisle has a versatile scorer that the entire league has to respect on the court or else they get torched and looking an all-too-familiar knee in the face as a Dirk fadeaway falls silently through the cords.

One final note from a true fan perspective: enjoy any moments with Luka and Dirk on the court together. That is just something we’ll cherish once @Swish41 hangs up his jersey and hands the keys to the franchise to the next face of the Dallas Mavericks.