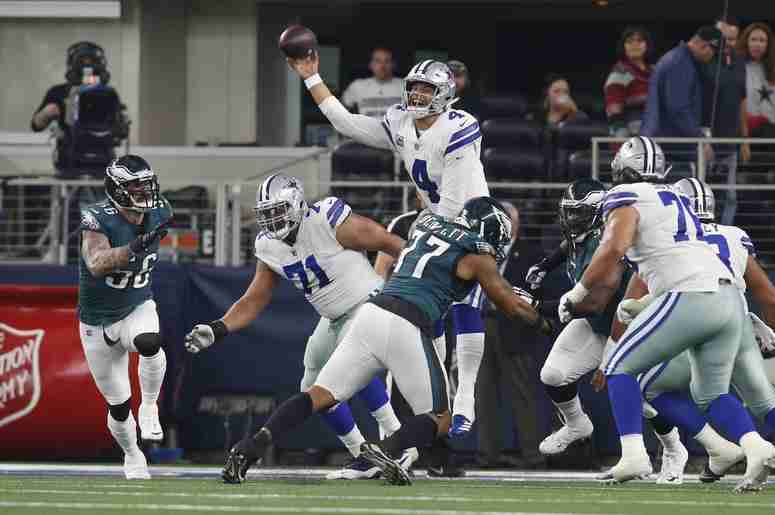 The ‘Boys did it again, pulling off a thriller in the heart of Texas over division rival Philadelphia Eagles. But the question arises, when is it time to sign Dak Prescott? Or will they even sign him? A few weeks ago, Jerry Jones hinted at the signing of the young signal caller, but is he worth it the big contract he’ll receive?

Over Prescott’s first 3 seasons of his career, he owns a 30-15 record, one Pro Bowl, and a very impressive 13 game winning drives. But it’s the intangibles that attract the Jones family to hitching their wagon to Prescott. Since day one, Prescott has led by example, earning the respect of veterans, coaches, and fans alike. 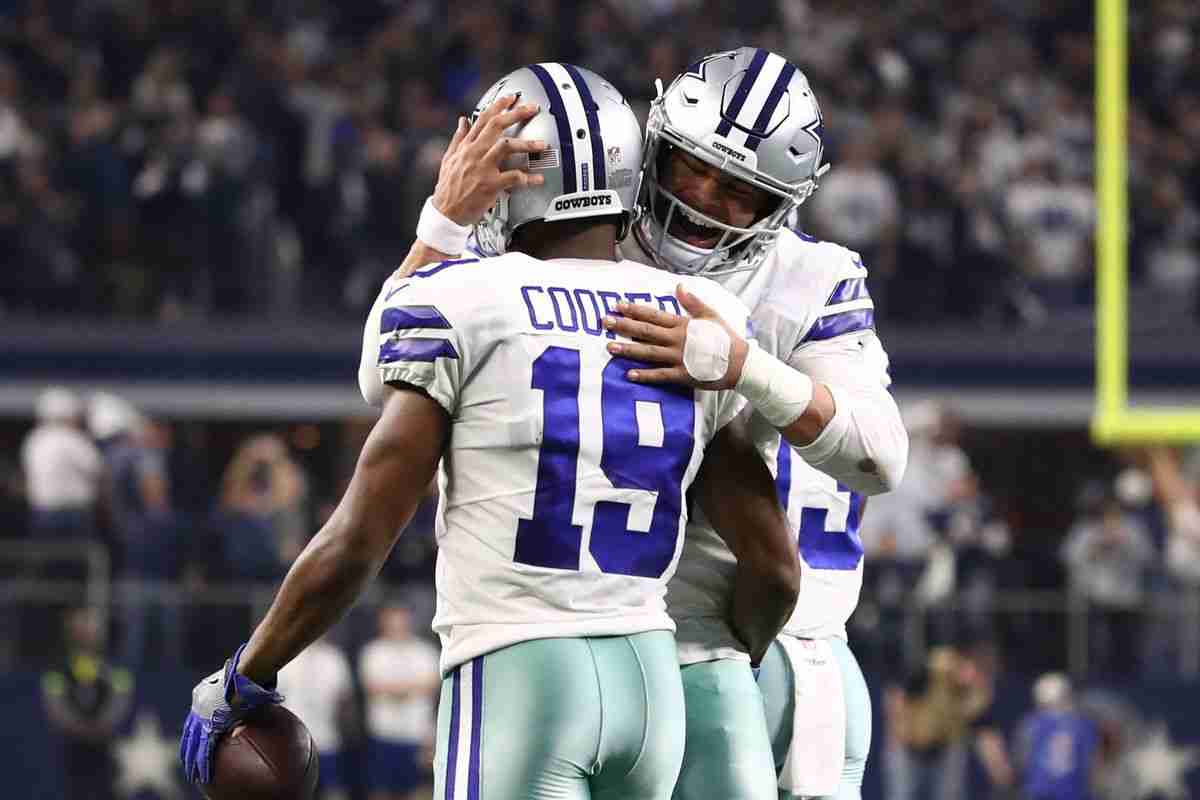 A true game manager, Prescott leaves a lot to the imagination of what could be in this offense that boasts Ezekiel Elliot, Amari Cooper, Cole Beasley, Geoff Swaim (just kidding lol). Cooper has been an absolute REVELATION since the mid season trade, having 2 games of 180 yards or more along with 6 touchdowns since he has arrived. But in an era of high flying offenses led by quarterback such as Jared Goff, Patrick Maholmes, Drew Brees and Tom Brady, the Cowboys quarterback seems to stick out, but not in the best of ways. He has yet to throw for 4000 yards in a single season or 25 touchdowns. But let’s compare quarterbacks around the league and their salary for this season. 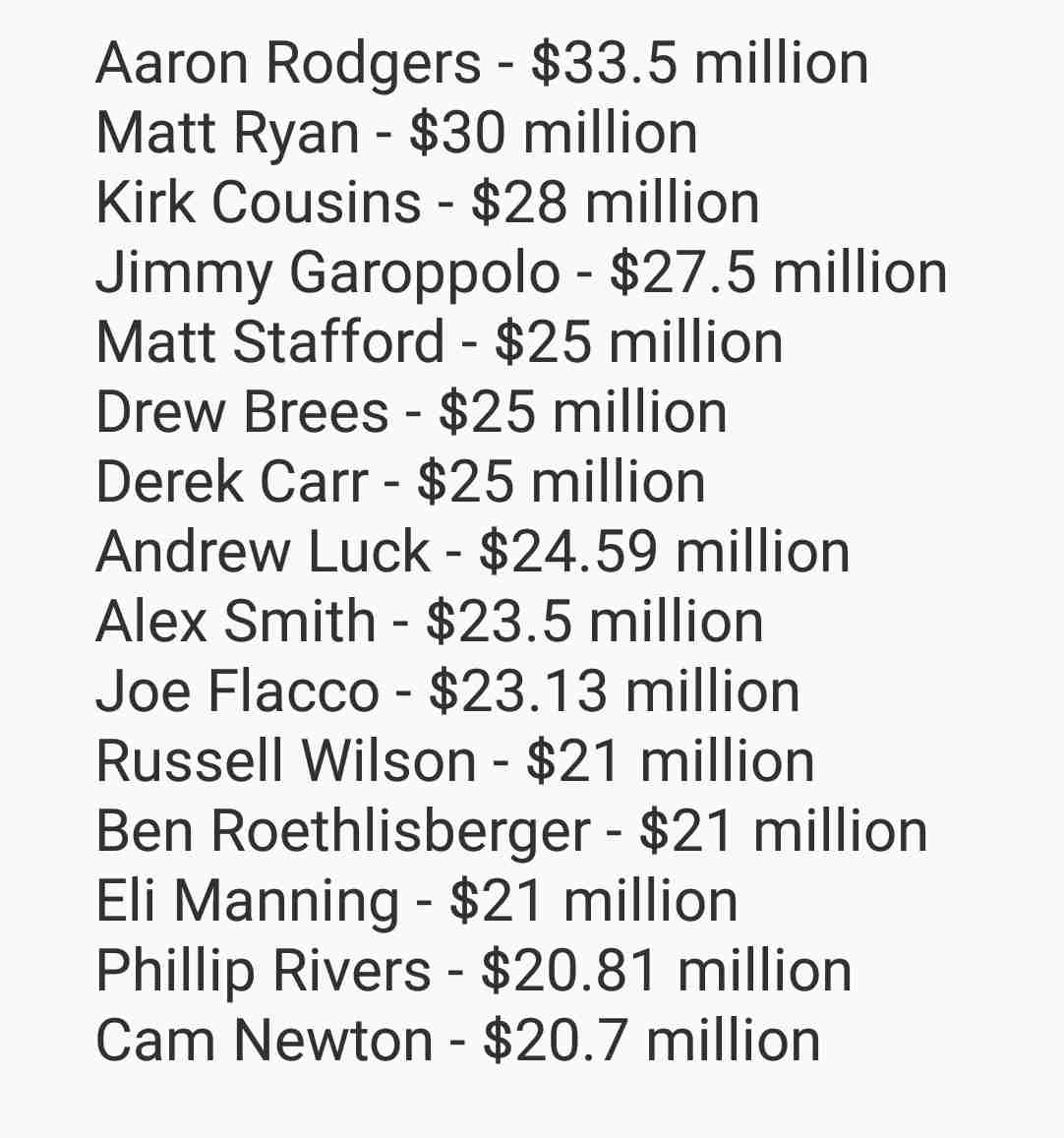 How many qbs are better than Dak Prescott? How many is he better than? This is where people will have to realize that he may not be worth $25 million a year, but he will get a deal close to it. It is just the way the market is set up as: to overpay average to above average quarterbacks rather than take a risk in drafting a young qb.

Dak isn’t a QB that will be able to carry an offense without a great run game to support him. He’ll always need a great defense to bail him out of tough jams he puts himself in. He has been sacked 48 times so far this season, over 3 sacks per game. You can put the blame on the offensive line due to injuries, but you can’t help but see Dak hold the ball just a second too long. His timing and pocket awareness is still an issue that puts this offense in 3rd and long situations, which most times they aren’t able to get out of, leading to a punt and turnover on downs. 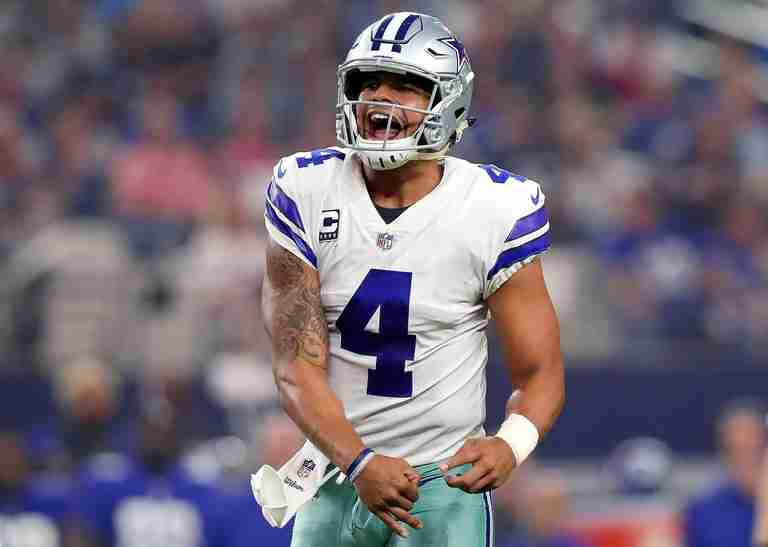 The saving grace, is that he does have 13 game winning drives to his name, and that is what will get him paid. The great ones find a way to win, but Dak is far from being great. He has his ups and downs, but are his highs really worth $20+ million a season for the next 5 years? Jerry Jones thinks so, and for the Cowboys sake, we hope he’s right.