The American born basketball player is slowly being placed at a disadvantage when compared to the rest of the world.  This opinion isn’t new or popular but as MFFL’s we’ve had a unique up-close opportunity to witness the maturation of this reality.

Tradition, greed and a mentality of servitude are all chipping away at the opportunities many ballplayers could have. A transition is looming and the immediate success of Luka Doncic proves he could be an ideal model to follow.

Both Luka Doncic (16 years old) and Dirk Nowitzki (17 years old) started their professional careers while teenagers. They were groomed and trained knowing their work would be monetarily rewarded.  They weren’t fed a false narrative of being amateurs. The future Hall of Famer, Dirk not Luka, played  4 full seasons in the Second Bundesliga, South Division, with minimal success but he was given the opportunity to develop into a pro at a very young age. 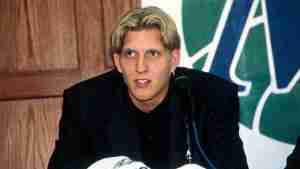 Donicic shares a similar story however laced with far more success as he is arguably the most award-laden rookie of all time. The former Euroleague MVP and November NBA Rookie of the Month has played professionally since 2015.

To an extent, Luka has expounded a growing narrative that can no longer be ignored.  The international flavor of the NBA is clear and stark. This season 108 players from 42 countries and territories were on opening night rosters. Doncic is continuing a pattern shared by most Euroleague players. From a very young age, they are exposed to a pay for play format. The ability to fully capitalize on their sweat equity from the moment their talent is deemed profitable is normal for overseas players.

David West, Chief Operating Officer for the newly created Historical Basketball League is working to change how young American ballplayers are compensated and developed. Last week he spoke about the league and its objective with Bomani Jones on his weekly podcast “The Right Time”.  He made clear the desire and motivation of the league is player driven. Providing them with tools they can not only use on the court but off. They hope to partner with other universities and resources to compensate and educate the next generation of hoopers. There is a grassroots effort progressively moving us towards a new way of thinking. Generational stars like Lebron, KG, and Kobe are the individuals we remember most but what about the kids that don’t make it.  Can they be saved? There are so many stories of uber-athletic individuals who for reasons beyond basketball couldn’t take full advantage of their God-given gift.  Too many times the “shady” AAU Coach is used as a scapegoat when in reality many are simply lovers of basketball looking to help kids while fattening their pockets. Is this really a negative? That mentality should sound familiar because it mirrors that of a high school, college or professional coach.  The end goal for most players and coaches is two-fold 1)obtain the bag, 2)teach/play the game of basketball. We all should be familiar with how our capitalistic society works. 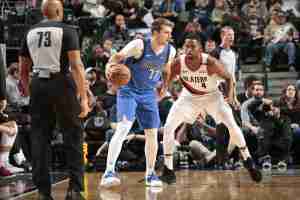 Money is the central theme in most American endeavors so as fans we shouldn’t be naive enough to believe otherwise. Second-year point guard Dennis Smith Jr. knows this first hand. He and his family have been directly implicated in the FBI trial touted with looking into the corruption of college basketball. Smith’s family was found to have received funds from Adidas in exchange for his attendance at NC State, a prominent NCAA institution. If a European model was implemented in this scenario the trial would be obsolete. Smith and other athletes deserve to be compensated for the revenue their bodies create. An education is extremely valuable but there is no guaranteed monetary value associated with a degree.  Many leave the college ranks with significant debt even while on scholarship.

Doncics’ incredible rookie season can be directly attributed to his previous professional experience. He continues an obscure tradition of talented overseas players that began their professional careers while teenagers.
Establishing a similar avenue for American born players will no doubt take the game to a new level. The goal should be to create an avenue based on a players potential monetary value while maintaining a mutually beneficial relationship. Luka is a prime example of international talent catching up but it also details just how outdated our amateur/ collegiate system is. There is still work to be done.