Inconsistency has been the recurring theme of this season. 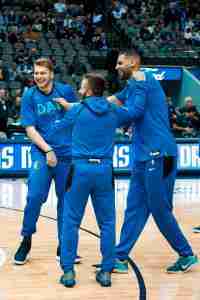 There simply isn’t a more fitting way to describe a 5-8 record.  Monday the Mavericks took care of a young Bulls team clearly headed to the draft lottery. This feisty bunch proved to be a handful as the game wasn’t decided until the closing minutes.  The team’s second consecutive win was desperately needed if halting a continued notion of tanking was the goal. Through adversity, an unlikely mob has emerged and frankly, they have assembled at the most opportune time.

“The Bench Mob’s” CEO without a doubt has been the 6 foot back up point guard from Puerto Rico, Jose Juan Barea. The often overlooked fan favorite, is once again leading the team in assist (5.8 APG) and directing the offense with success. Rick Carlisle has depended on J.J. to bring veteran stability to the second unit. I sorted the Mavericks 5-man combinations by minutes played and its a stunning to realize Carlisle has used Barea in six of the top 10 lineups. He is only surpassed by Luka who has been used in 7 lineups. This just cements the importance of Jose Juan’s role. Carlisle has made his minutes paramount to the team’s success. 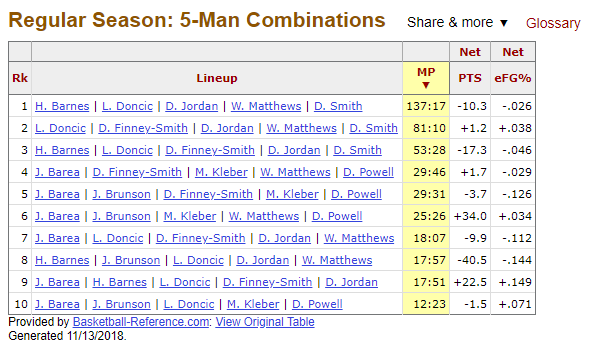 Monday night vs the Bulls, the Mavs were down 10-17 with about 4.5 minutes left in the first quarter. At the scorer’s table, an assertive Barea checks into the game, at quarters end the Mavericks were on top 20-25. As of late, the starters have begun games lethargic absent quality shot selection which naturally creates a deficit for the club. This is typical of most young squads as once again experience shows itself to be the best teacher. There is a clear and stark difference when J.J. is at the helm even though he has struggled shooting the ball.  Currently, he is 35% from the field and a measly 28% from deep. This is why the team’s bench success is so intriguing. The “Kingpin’s” tenure has set him up perfectly for this role and as expected he is delivering.

Without enforcers, there is no mob.  These goons aren’t afraid of getting their hands dirty handling the work most would shy from. The Mavericks don’t have typical brutes filling this role. The opportunistic work ethic of Maxi Kleber and Dwight Powell is undeniable as they quietly slide into these unorthodox roles. 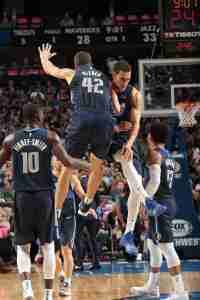 Versus the Bulls, their timely bench production helped snap an 11 game road losing skid which dates back to last season. Powell’s 11 points, 4 rebounds and 2 blocks were accumulated in only 17 minutes. While in 16 minutes of action Maxi finished with 10 points (2-2 from three), 2 rebounds, and 2 blocks. The grit these two play with on a nightly basis makes them ideal role players or in this case enforcers for the Mavs.

Not to be forgotten are the comrades doing the legwork. The runners that ensure the pace is frantic and the shots are launched. The new velocity of the NBA makes this strategic move imperative. The maturity of Devin Harris coupled with the heady play of Jalen Brunson has proven to be a pique of interest for the Mavs. The two haven’t spent a ton of on-court time together because Harris has only participated in 3 games due to injury. It’s a small sample size but definitely worth looking into. To illustrate this point we once again look into the Mavericks 5-man combinations (minimum of 10 minutes played). Atop the list, the newly introduced“Bench Mob” 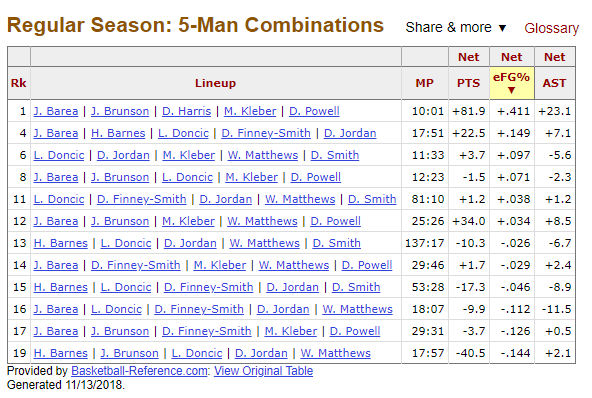 From an offensive perspective, there is no denying the potential productivity of this group. In only 10 minutes of action they are leading the team in net point differential, effective field goal percentage (eFG%) and assist per 100 possessions. Essentially this means the group is efficiently outscoring their opponents while sharing the ball more than any other player combination Rick Carlisle can conjure up. Even though the stature of this lineup is questionable I believe if used in spurts it could be a saving grace for the squad. The cast has experience, grit, and most importantly capable perimeter shooting. This is a version of position-less basketball most teams are trying to emulate. If this group can be consistently productive the Mavs have a better chance of continuing their successful trend.

Winning streaks have been tough to come by for the Mavs. Injury, age, and chemistry have all negatively impacted the progress of the team but I have yet to hear the team use these factors to justify their record. Instead,  the team seems to use the adversity as fuel.  This was affirmed by Dennis Smith Jr.’s Instagram where he let us know the squad is locked in and focused on building a winner.  As MFFL’s let’s take a cue from the young point guard and remain steadfast in our support. After all, that’s what “The Mob” is all about. . . LOYALTY #MFFL