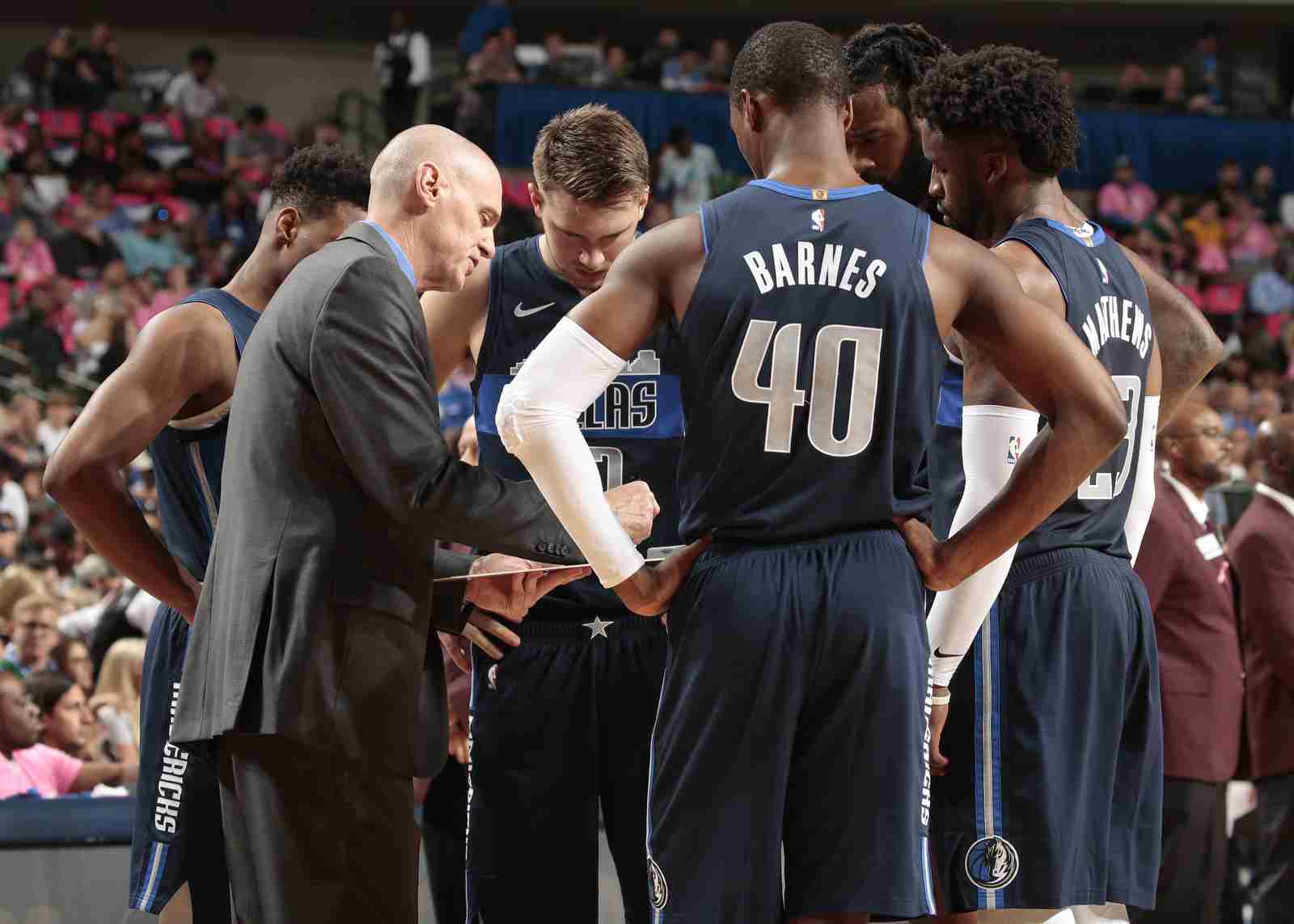 The Mavericks have dropped 4 straight games with no sure fire win in sight. Tonight they take on a struggling Lakers team that can also be described as sporadic at best. Like the Mavs the season has begun coaxed in disappointment but its early. The Halloween spirit is in the air so let’s play some “Tricks or Treat”.

The undeniable young talent we need has shown flashes so far. The team has remained competitive despite some premature speculation suggesting Dennis Smith Jr. and his teammates’ aren’t on the same page. This may have been true but not to the level many portrayed. As the season progresses I feel this sentiment will be put to rest once roles are more defined and production rises. Voice for the club, Chuck Cooperstein, added his thoughts after a tough loss to the Spurs:

I hope these last two games officially put to bed the ridiculous notion that DSJ has issues with the coach or his teammates. That he’s somehow spoiled and entitled. The guy has played his butt off and you can see the improvement in his game. He’s getting places and making plays

We have to remember we are supporting an extremely young team and specifically backcourt. Dennis is 20 while Luka is still 19. Any fair-minded thinker would expect this journey to include some bumps along the way. It’s jaw-dropping to think when Dirk (age 40) took his first shot in the NBA on 2/5/1999. Luka was a dream in his parents head while DSJ was fresh off his first birthday. The Mavericks have a rare combination of youth and age that could prove beneficial as the season progresses. Take a look at the age distribution of the squad below: The obvious potential of the team has tricked us into believing wins and untapped potential are mutually exclusive. They are not and a 2-5 record proves we have been bamboozled. The team hasn’t learned how to manufacture points in key moments. Currently, they rank 18th in 4th quarter scoring (26.7 PPG) and 17th in overall scoring (111.1 PPG). Defensive aggression and execution typically grow as the game comes to a finish.  The team will mature and gain experience so we should expect an slight uptick in these stats. There is simply too much offensive firepower on the team to think otherwise.

As Mavs fans, there is no way to reconcile a 2-5 start when so much excitement and anticipation was placed on this team.  Defensive execution has been the most glaring hole to begin this season.  Bball Breakdown shed additional light on this subject by outlining 3 factors that contribute to this perceived lack of defensive execution.

Essentially, the defensive strife is attributed to the pace of play (0:45), a renewed focus on player movement (3:40) and team turnover percentage (4:16).  Each of these categories carries with it a set of excuses the Mavs could easily prescribe to but from the looks of it that’s not part of their basketball DNA. This team has continued to work hard and show zero signs of decent and malfunction.  At this point, I want to see the Mavs take a more aggressive tone on the defensive end despite the potential risk of more fouls. Teams should have to make a choice, either secure their victory via the free throw line or prepare for a fast-paced battle. Ensuring teams leave each contest with a few bumps and/ or bruises could prove to be the slight edge they need.  Last season, in the western conference, teams 3-9 were only separated by a hand full of games so complacency is unacceptable.

Harrison Barnes recently took to Instagram after the overtime loss to the San Antonio Spurs expressing how this process won’t be easy but he and the team are determined to build a winner.

When players share a mentality of camaraderie, community, and togetherness great things can happen.  The simple fact that HB acknowledges there is work to be done is a treat. He doesn’t parse words in his Instagram post letting us all know the team is focused and headed in the right direction.

In closing, we also have to understand the Mavericks are still on a rebuilding mission. With only seven games played it’s far too early for tanking talk but no denying the Mavs future looks bright and sustainable. Last week we celebrated an above .500 start by writing home to mom with excitement, however this week we find ourselves emotionally drained and in search of a crucial care package.  You know the one stuffed with R amen noodles, Little Debbie’s, and Lays potato chips. My only hope is this time she included antacids and aspirin because the Mavericks are sure to make us use them all.