Wednesday, November 30th, 2022
THE LATEST
Home Mavericks A Starter and The Missing Link

Expectations won’t be any higher than they are right now for the Mavericks. Unanswered questions have run a muck after splitting two games with a talented 76ers team in China. Let’s tackle a few of them while sizing up Charlotte. We get a shot at them on Friday.

Going .500 versus the 76ers proved to be roster experiment for Rick Carlisle. He varied the lineup to an unrecognizable degree causing several Mavericks to see extended minutes.

This included the steady improving Maxi Kleber. Preseason is significant for a player like Maxi with limited expectations but more importantly rising production.  Maxi established himself as a solid contributor last season with improved rebounding and outside shooting that positively progressed along with the season. 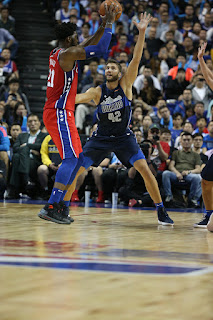 He tallied 47 minutes in two games versus the 76ers. This was good for third on the team behind Doncic (56) and Wes Matthews (49). Minutes like that suggest his game is being parsed to determine what lineups he works best with. Kleber also had 7 boards in each contest to lead the team. DeAndre Jordan, our resident glass cleaner, did not make the trip to China so inconsistent rebounding was to be expected on this road trip. If Kleber can remain solid on defensive and continue to improve his three-point shooting more regular season minutes are certain. Multiple unforeseen appearances in the starting lineup may also be in Maxi’s future but a permanent starting role may be jumping the gun.

In limited minutes expect Kleber to continue his upward trend against Charlotte. There will be plenty of rebounding opportunities available versus the Hornets as they don’t have a true big man after the departure of Dwight Howard in the offseason. Offensively he may struggle versus stretch bigs that share the same foot speed as him but solid screen setting, spot-up shooting, and rebounding should dominate his focus.

Our top draft picks proved to be impressive in two matches versus Philidelphia. Dennis Smith Jr. showed his uncanny athletic ability. While Luka Doncic played the most minutes with a performance that can only be described as astute. Both Smith and Doncic are expected to carry the scoring load when Harrison Barnes is unavailable.  In game one vs the Sixers Smith lead the team with 20 points and Luka lead us with 15 in game two. Both of these were without HB. Given this framework, the natural progression is to wonder who fills the scoring gap? 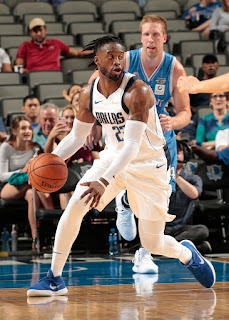 Wesley Matthews could fill this void perfectly especially when one of our stars is having trouble producing or is injured. The only problem is Wes has been underwhelming, to say the least. His fitness is there but his shooting has been substandard as of late. In three preseason games, he’s only reached double digits once. It was 11 points in the first matchup versus the 76ers. It also took three long-range bombs to reach this total.  Matthews has always been a helpful addition on the defensive end but these games have put his lack of foot speed on full display. Decreased foot speed is something all veteran players face so we have to anticipate some adjustments are on the way. My fear is the necessary adjustments include fewer minutes for Wesley.

With this being the final preseason game I’m positive Carlisle will give Wes the opportunity to establish a rhythm. Its likely Harrison Barnes will be out on Friday so minutes will be available.  Charlotte will definitely provide a challenge with defensive minded players Nicolas Batum and Michael Kidd-Gilchrist, but this shouldn’t curb Matthews aggression. Wesley has to continue his offensive movement but finishing the play with a bucket should be the main focus.