Well here we go again: in Week 3 action, the Cowboys fell to the Seattle Seahawks 24-13, and it wasn’t pretty. Many things stuck out during the game, and it doesn’t take a rocket scientist to figure out what went wrong. There are some huge takeaways from the loss, so let’s get started.

Dak Prescott has not looked anything like the quarterback that led the Dallas Cowboys to back to back winning seasons, and he continues to disappoint Cowboys Nation. His inaccuracy showed it’s ugly head again as he was only 19-34 on pass attempts and threw for only 168 yards with a touchdown and 2 interceptions. The play calling was conservative as well, however, as he averaged just 4.9 yards per attempt. 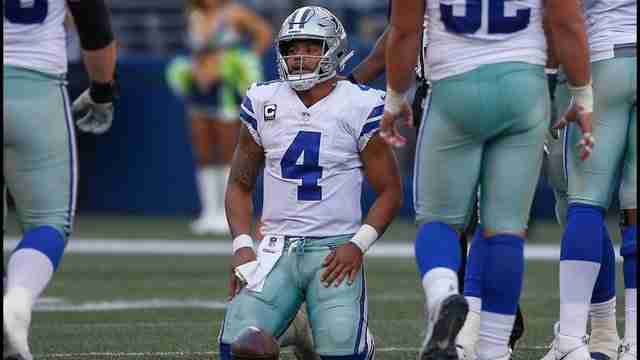 Part of it was protection, as Dak was sacked 5 times by a defense that had 10 total hits on the quarterback. Two big turnovers were from Prescott, but were not necessarily all his fault. One pass hit rookie Michael Gallup in the hands, but then was knocked into the air only to be picked off by Earl Thomas. The other came in the red zone, where Dak did try and force a pass into tight coverage to tight end Blake Jarwin, only to be volleyed around, only once again to be plucked out of the air by none other than Mr. Thomas for his 2nd interception of the game. The wide receivers have been less than stellar, dropping multiple passes at very bad times, and this time, causing turnovers in the passing game. 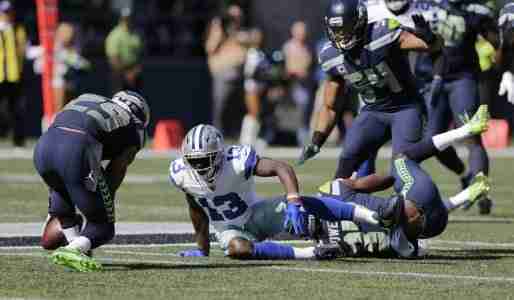 While the offense had it’s woes, the defense was very good, until they tired out. The offense could not keep a drive going to allow the defense to stay rested. But the linebackers showed up to play, as Sean Lee and Leighton Vander Esch led the team with 11 total tackles each, followed by Jaylon Smith with 8 of his own and a sack. Sean Lee hurt his hamstring and was forced out, while rookie first round pick Vander Esch was ready to roll, accumulating 9 solo tackles, living up to his first round status. 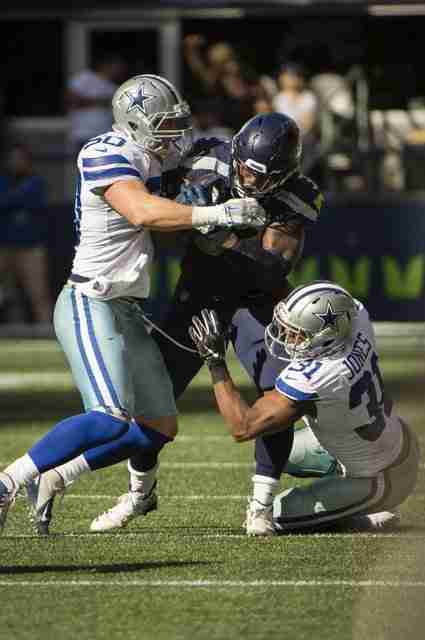 Another aspect was the secondary, as they had good plays and bad plays. Byron Jones looks to be a very good cornerback in the making, as he had two passes defended and 5 tackles. The defensive backs had a solid game, but then they gave up a 52 yard pass to Tyler Lockett on a busted cover 2 play by the defense. Kavon Frazier was late rolling over the top to help Chidobe Awuzie, and Lockett just out ran the defense after he made the catch. As good as the secondary has been, they have yet to record an interception this season.

One thing that popped out at me again, was the pass rush. The defense only sacked Russell Wilson twice, compared to 5 last week against the Giants. Demarcus Lawrence was the only defensive lineman to record a sack, or well, half a sack shared with Sean Lee. The defense will need to put more pressure on quarterbacks in order to create more turnovers. 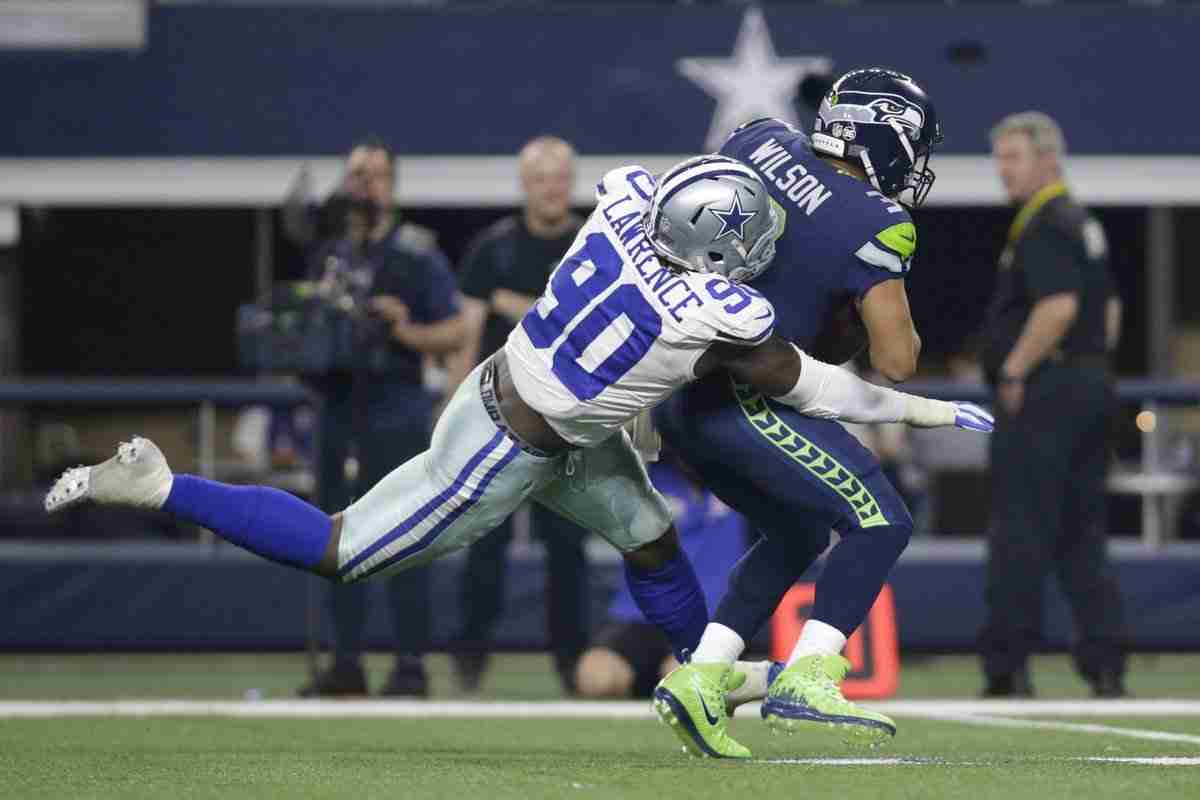 The Cowboys have a great d line, and held the Seahawks run game to under 4 yards per carry, but if the Cowboys offense can’t put up more than 13 points in a game, they won’t win very many games. The home team needs to find a way to open up the offense again, or serious changes need to be made in the coaching staff, or even at the quarterback position. Until then, Cowboy Nation has its eyes on the Dallas Cowboys.