Saturday, November 26th, 2022
THE LATEST
Home Mavericks All Aboard the Luka Hype Train 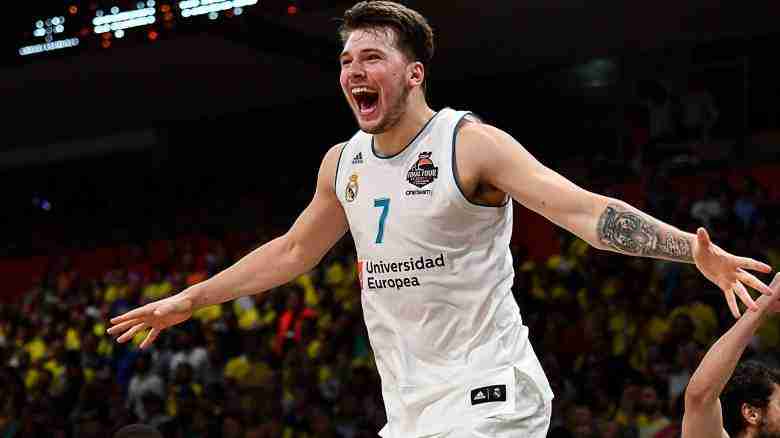 As we arrive at the start of training camp, teammates and writers in-the-know have their seats reserved on the hype train for the first year of THE FUTURE: Luka Doncic.

Training camp starts Friday with “Media Day” where all the players report, we get first looks of them for the season in new uni’s, and we get to hear from several of the players and coaches in the first presser of the year. After Friday, we’ll have all new things to analyze and scrutinize about our favorite team as we get hyped towards the start of the 2018-2019 season for your Dallas Mavericks.

It would seem, however, that the hype surrounding the Mavs’ newest draft pick – Luka Doncic – is already strong with players and coaches in the organization and they just can’t be contained. The Luka hype train is in motion. We’ve had precious few glimpses into him since draft night and nearly none of them with a basketball in his hands, but nuggets of praise are starting to come out that should get you VERY excited for what’s coming. The best part of the praise we’re hearing is the sources: his teammates and people close to the coaching staff. As the season gears up, Mavs players and writers have started doing press and discussing the prized draftee in ways that sound so very excellent. It’s not blog hype anymore, it’s not analytics from previous seasons; it’s right here in Dallas right now.

So let’s grab our bags, put them in the overhead compartment, get settled as we board the hype train led by some Mavs authorities.

Harrison Barnes ushered us onto the hype train when he went on ESPN’s The Jump to discuss a myriad of things, including his new 19 year old teammate and gave some insight that is both vague and very exciting.

“You know I go, I gotta go out on the court and I gotta see it. Man…I (laughs) we played pickup the other day, man, he got dimes. HE GOT DIMES! It was just like, I mean, if you’re open – boom – the balls gonna be right there. I mean, he’s got the flair, he can see the floor, he can run a team. It was impressive.”

That is some high praise from a man who won a championship with Golden State where ball movement and distribution from Steph Curry led to titles, plural. And so far he has only played informal pickup with the guy! The team has had a hole at the floor general position since Jason Kidd in the 2011 championship and for Luka to step in before day 1 of training camp and earn Harrison Barnes’ respect like that is a fantastic thing.

ESPN ranked Luka Doncic #63 on their top 100 NBA players list where he is both the only rookie listed as well as ahead of Dirk Nowitzki (#96)Deandre Jordan (#80) and Harrison Barnes (#79). High praise alone for someone who hasn’t even played a game, but add to that the insider scoop from ESPN’s Mavs beat reporter Tim McMahon and this hype gets moving.

“The word out of Dallas is that Doncic has often been the best player on the court in pickup games at the Mavs’ facility despite not being in great shape by NBA standards. And before you make a crack about the Mavs’ talent or lack thereof, these games have included local products like LaMarcus Aldridge. Doncic, a special passer, is the most accomplished Euro teen ever and has a huge advantage over other rookies because he arrives in the NBA as a seasoned pro.”

Doncic is a consensus top player on the team already? We’ve been told he was a special rookie prospect and we know he’s been a pro in Europe for years, but to step in and dominate in front of teammates and coaches alike before camp even start is special. Let’s go!

Dirk got us going full speed as he went on the Ben & Skin Show on 105.3 The Fan to promote his charity Tennis event and spent some time waxing poetic about the new youngster he’s sharing the court with this year.

“I could shoot a little bit (at 19), but I never had the court vision, the savviness and the stuff that he brings to the game…He’s unbelievable in the pick-and-roll play. He did, like, over-the-head, between-the-leg passes to cutters. The savviness that he brings, the court vision is already unbelievable. I couldn’t believe what I saw for a 19-, 20-year-old. Unbelievable. He’s a good shooter when he has time. I think he’s going to be great for us for a long, long time.”

Dirk doesn’t talk like this often. When he does, it’s about Steve Nash or Jason Kidd, who both just went into the hall of fame! Too much? Fair enough, I’ll bring it down a notch. But the point still stands that Dirk sees some fantastic things from this kid after about a week of workouts and pickup games. Dirk knows what a good ball handler has done for him in the past and can see what The Future looks like for his team which makes the idea of retiring both easy and hard all at the same time.

We’ve made it to training camp, everyone. Mavs Media Day start tomorrow at 11:30 CST. First game in a week vs the Beijing Ducks at 7:30pm CST. We here at Mavs Nation will do our best to bring you the highlights and new storylines throughout training camp as we head into the season. If you’re as hyped as I am right now for Luka, let this video from the Mavs promotional team satiate you until we hear from the team tomorrow. LET’S. GO. MAVS.