They did it!! The Cowboys took the win from the Giants, doing it in a dominant fashion on the defensive side. But there was so much more to see in the Cowboy’s much needed victory. There was good, there was bad, but in the end, there was a W. Here’s some takeaways from the home win in the heart of Texas. 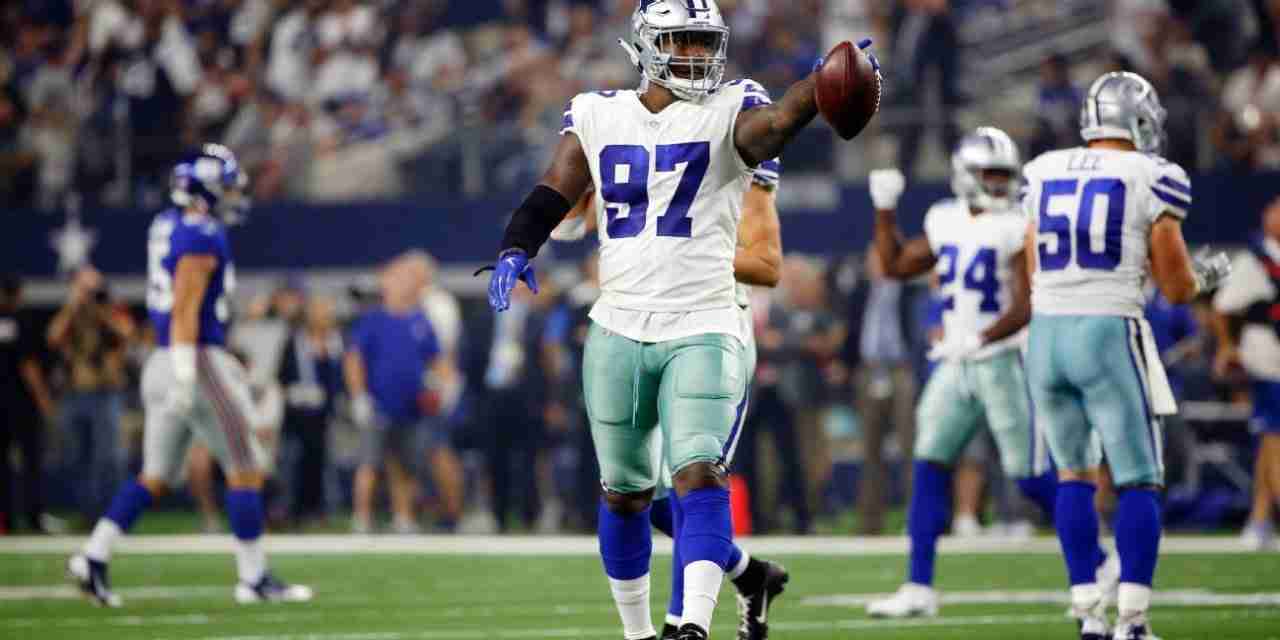 Demarcus “Tank” Lawrence led a defensive front that saw every starting defensive lineman earn a sack. In total, the Cowboys sacked Eli Manning 6 times, possible creating a meme for the ages in the process. In total, the defense hit Manning 8 times, while Damien Wilson forced a strip sack fumble and Taco Charlton coming in for the recovery. Even Tyrone Crawford got in on the action with a sack, but Lawrence was a constant force on the line, forcing double teams and tight ends to help incubent tackle Eric Flowers on the right side. Tank may be on his way to another double digit sack season to earn that mega contract.

Not only was the pass rush great, the Cowboys defense held #2 pick Saquon Barkley to 28 rushing yards on 11 carries, but also gave up 80 yards to him on 14 receptions. The defense definitely shined in the passing game though, limiting top receiver Odell Beckham to 51 yards himself after burning Jacksonville last week for 111 yards. Byron Jones’ transition to corner back is making new secondary coach Kris Richard look good, as he’s been great. He was shadowing Beckham for most of the game, but also taking his turn at covering Sterling Shepard as well. This Cowboys team is looking like a defense-dominant team, and that’s perfectly fine, since they’re allowing a lowly 14.5 points per game. 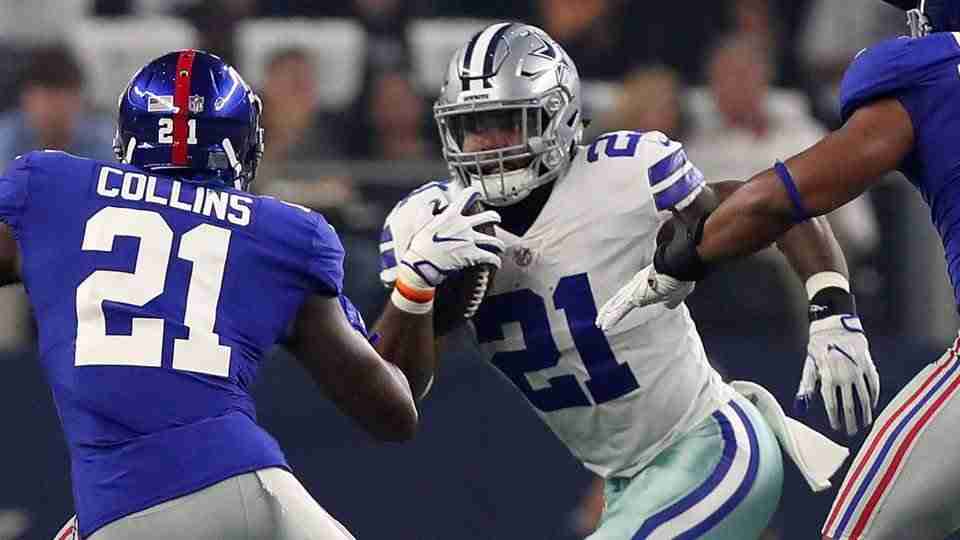 The offense, however, had it’s ups and downs. Let’s start with the very first drive of the game, where the offense started with a RPO (run/pass option). Dak faked a handoff to Zeke on 1st down and slung it to Hurns on a slant route. On 2nd down, Zeke runs for a first down, and on the ensuing 1st down, Dak fakes ANOTHER handoff and finds Tavon Austin running by Janoris “Jackrabbit” Jenkins down the left sideline for a 64 yard touchdown pass. Although it was a great start, Dak only had 96 more passing yards the rest of the contest, reverting back to the conservative offense Garrett is known for.

Great right? Well after that, the Boys go on to kick a field goal, but then take the pedal off the gas and let Zeke run the ball a total of 17 times for the game for 78 yards. Elliot has yet to reach 100 yards in a single game this season. It can be attributed to stacked boxes, playcalling, or whatever your opinion is. But the offensive line was struggling at times vs Damien “Snacks” Harrison, but stellar in the passing game, not allowing a sack. Rookie guard Connor Williams looks to be adjusting to the NFL game speed, as he was excellent in the run and passing game, opening holes on the left side of the line for Elliot. 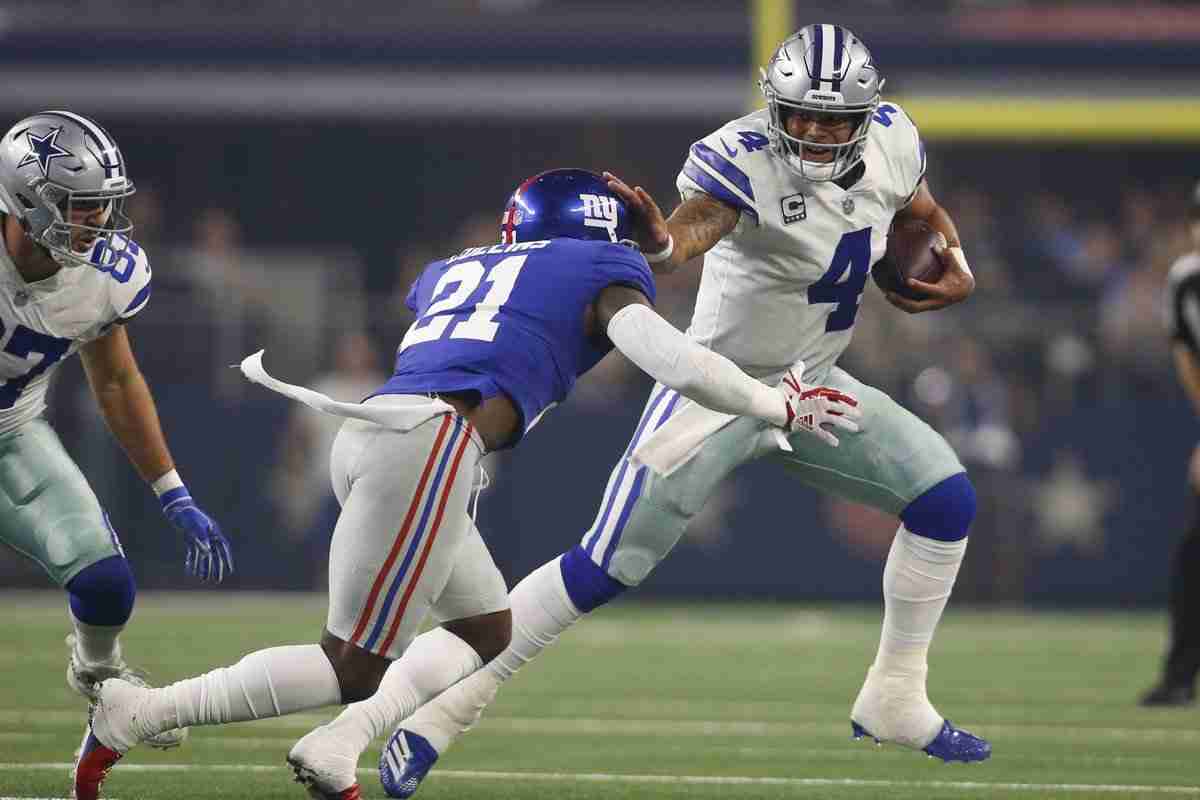 In the future, Dallas needs to push for more points, because after the first quarter, the offense slowed down and didn’t score another point until the 3rd quarter. The momentum was shifted so much because of the defense’s dominance, people didn’t realize Zeke never reached the century mark in rushing, Dak didn’t reach 200 yards passing, or that a single receiver didn’t have 5 catches. Deonte Thompson stepped up, if that’s what you want to say, for 4 catches for 33 yards.

Dak was efficient this week, but what if the Cowboys get into a shootout where they need a quick score? Dak’s legs would come in handy, as he ran for a career high 45 yards on 7 carries, but you don’t want your qb exposed to so many hits during the season. This offense needs a lot of work, but kudos to the coaching staff for throwing in a couple of wrinkles in the game plan, coming out with a win. 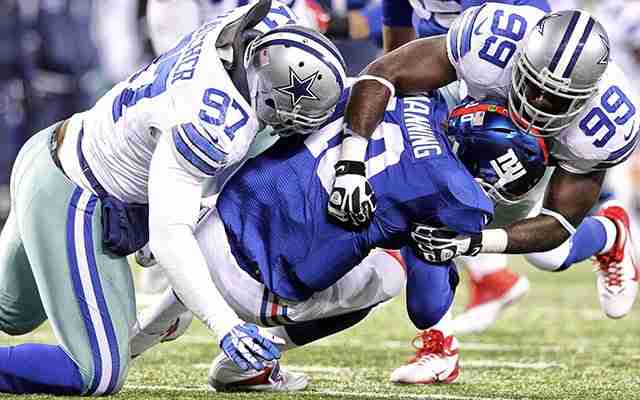 The Boys in Dallas did it again, but next week the Seattle Seahawks and their Pro Bowl QB, Russell Wilson are on the menu. Keys to that game will come, but until that day, enjoy the W Cowboy Nation.