We take a look at the new look Mavs and how each player stacks up. 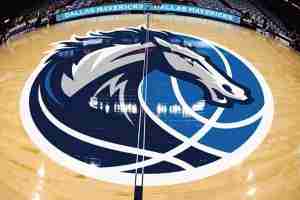 Excluding Dirk, DeAndre, and Harrison it’s hard to pinpoint the proven talent necessary to compete in the NBA at a high level. Since the championship season in 2011, a concerted effort has been placed on making Dirk the second best player on the team. With a little help from father time its safe to say this goal has been achieved. To start our rankings we look no further than the big man in the middle.

1. DeAndre Jordan – Being a legitimate defensive force inside is the only way the Mavericks see success in 2019 and why he is number one. Fans should have high expectations for the big man due to his growing impressive resume. Keep in mind 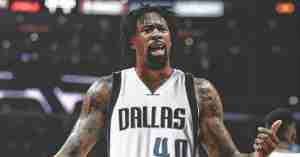 motivation shouldn’t be an issue due to his 1-year contract, which is mutually beneficial for both him and the team.  If he doesn’t produce next year he could be looking at another long free agency. Double-digit points and rebounds plus 2 to 3 blocks a game are legitimate presumptions for him this season.

2. Harrison Barnes – There is no questioning the leadership ability of HB which is why two is an ideal rank for him. Initially joining a team on a tanking mission Harrison will have a slightly different role this season. Barnes is most effective as a high-level role player but with the Mavs performing like a superstar was the expectation. Due to DeAndre’s signing this season Barnes should be able to take on a more aggressive offensive role. Energy previously spent on rebounding and defense can now be allocated towards offensive production. His points per game must increase to 23 or more to see a change in the win column.

3. Dennis Smith Jr. – Smith Jr’s best basketball is without a doubt ahead of him which is why his explosive untapped potential has him ranked third. This season we have to see maturity when it comes to his decision making and shot taking. A point guard is the gatekeeper of the offense. They must ensure a flow and confidence within the team. Ensuring quality field goal attempts are most crucial to his offensive success. Points per game won’t be as important as his assist to turnover ratio this upcoming season.

4. Luka Doncic – The rookie swing man hasn’t played an NBA minute and the potential has him ranked above an aging Dirk at four.  His accomplishments are well documented but to live up to the hype, a break out season is mandatory. Jason Kidd was the last Maverick to win ROY expecting the same from Luka is valid considering he is arguably the most decorated 19-year-old in basketball history.

5. Dirk Nowitzki – The rock of the franchise isn’t getting any younger which is why we find him at 5. 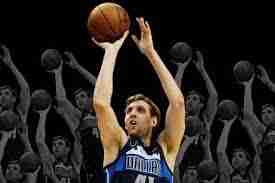 Relegated to a bench role its hard to believe this is our Mavs reality. Coming off a productive campaign Dirk averaged 12 points and about 6 (5.7) rebounds last season. These numbers clearly pale in comparison to vintage Dirk.  This is exactly why we have to cherish this Dallas treasure while he is still in uniform.

6. Wesley Matthews – After breaking the bank in 2015 Wes has remained consistent averaging 13 points, 3 boards and about 2 assist a game.  Although extremely underwhelming, considering the dollar amount he signed for its hard to complain about a guy that puts his hard hat on and comes to work every day. His professionalism is difficult to replace which is why offensive production will take a back seat this season. Mentoring his young back-court mates will be a primary focus, but I’m positive there will be plenty bow and arrow shots to enjoy along the way.

7. Dwight Powell – A consistent upward statistical trend is why we see Powell at seven. Each of Dwight’s seasons with the Mavericks has seen an increase in points and rebounds. Athleticism and transition baskets remain key to his growth. This season he will be expected to continue his upward momentum by reaching a double-digit rebound per game average.

8. JJ Barea – The 8th ranked Maverick, like most at his age, has lost a step but that didn’t deter him from leading the team in assist with 6.3 last season. He only started 10 games last year which surely stay the same this season. Like Wesley Matthews, Barea will more than likely see his minutes decline while his mentor ship minutes increase. Being the solid veteran he has always been will remain his role this season.

9.Devin Harris – A free agent signing expected to boost back-court depth comes in at 9.  The former Mavs fan favorite, like his colleagues, 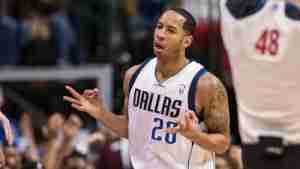 is extremely professional and will provide an ideal environment for the young back-court. Minimal turnovers, strong defense, and high-quality shot selection will be high on Devin’s priority list this year.

10. Jalen Brunson – This hard-nosed point guard reminds me of a young Devin Harris which is why he is slightly behind him at 10. Jalen will have to earn the trust of coach Carlisle with smart solid play.  Turnovers and poor shot selection will hinder his minutes considering the depth of the back-court.  Anything above 15 minutes a game should be considered a success for the rookie.

Rounding out our rankings are role players that have shown promise throughout their Maverick tenure. DFS only played 21 games after suffering a left knee injury last season.  His defensive prowess is comparable to Josh Howard which is definitely worth the patience. Kleber, however, arrived in mid-October from Germany and played 72 games. With grit and determination, he was able to work himself into the regular rotation. With tempered expectations its rational to think he could do the same this season.  Both players averaged about 5 points and 3 rebounds a game solidifying their place as potential mid-level role players.

Historically the Mavericks have had a love-hate relationship with free-agency.  At times not grabbing the big name free agent most teams and fans desire. Instead, electing to acquire high-class leaders like Jason Kidd. Moves like this have been a staple of the team for years. Players like Jason Terry and Vince Carter come to mind. Understanding how the Maverick front office builds the roster makes cheering for them that much easier. If these rankings stand the test of the season we could set our sites on playoff contention. Training camp starts in nine days.  I’M READY!!!