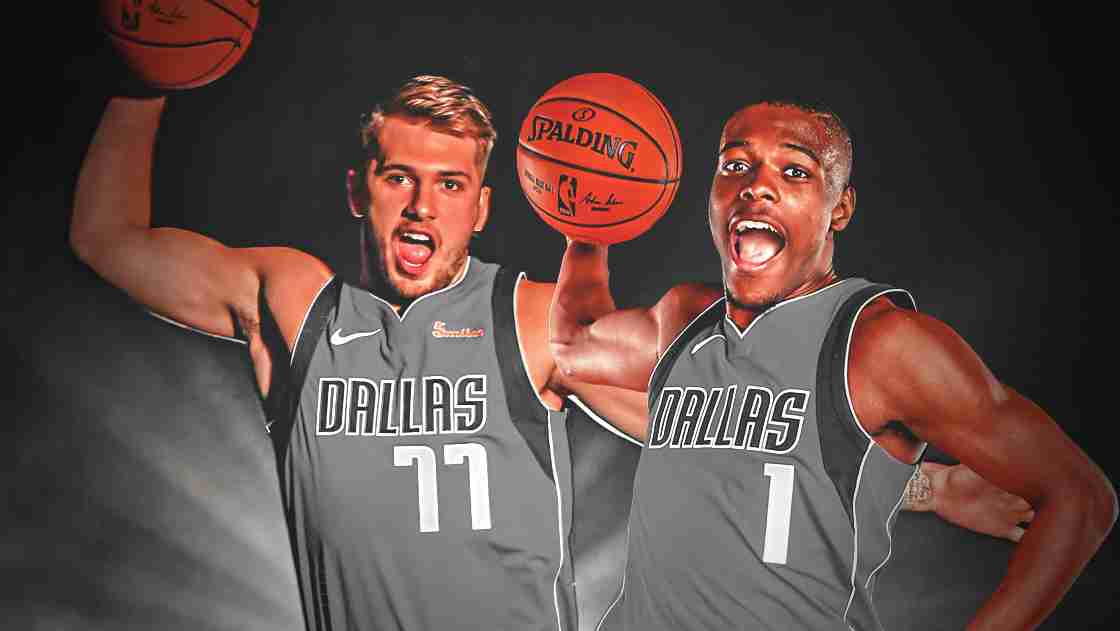 Before training camp begins, lets speculate on 3 Mavs who will have a better year than last year and 3 Mavs who’s year won’t live up to last year.

Your Dallas Mavericks had a decent amount of turnover this offseason, adding major pieces both in the draft (Luka Doncic) and in free agency (DeAndre Jordan), while losing several scoring threats in Yogi Ferrell, Doug McDermott and Seth Curry to other teams. So with these changes, let’s look at some Mavericks who remain from last year that will see their stat lines either move up or down.

3 Mavs Who Will Improve on Last Year

DSJ racked up a season stat line of 15.2 points, 5.2 assists, and 3.8 rebounds a game last season which puts him in some great company like Chris Paul and Russell Westbrook for rookie campaigns. However, he only shot 39.5% from the field and 31.3% from 3 point land, so there is absolutely room for improvement. First of all, I’m encouraged that his stats only improved as the season went on and he turned a corner after the all-star break. He’s been working with Steph Curry’s shooting coach all summer to work on his 3 point shot, so hopefully we can see improvement there and his decision making/shot selection in year 2 should also improve his shooting percentages. Also with the addition of another ball handler/scoring threat in Luka along with a lob threat in DeAndre, Dennis should have more weapons and more lanes to drive in which should give him a better sophomore season.

I’ve already written an article on this here, but it bears repeating. Wes Matthews has been disappointing to many fans in his time in Dallas, but he should be able to better his stat line and win some fans over before he departs the Big D. First of all, Wes has improved every year that he’s been in Dallas. Secondly, Wes has acknowledged he tried to expand his game trying to help a struggling team rather than just do what he does well in spot up shooting. He is a 3 & D wing that tried to put the ball on the floor and create, which resulted in turnovers and late clock Hail Mary shots. With better floor spacing this year on the court and a defensive anchor down low, Wes can focus in on his shot and defending just his position rather than running the entire defense from the 2 spot. Expect his stat line to look better this year as the team looks more like it did for him when he excelled in Portland.

Dwight posted a career year in nearly every category across the board in 2017-18 by discovering his true fit on this Dallas team serving as a roll man with the highly efficient second team. I don’t imagine him to reinvent the wheel, but I do expect him to continue this incremental improvement. I think his minutes go up just a bit with the departure of McDermott as well as what looks like the new team focus of flow, which Powell should excel in. Also, if Dirk’s minutes go down as the season goes on, I’d expect Powell to be the first to absorb those minutes.

First of all, let me say that Barnes was our most reliable go-to guy last year, leading the team in points scored and rebounds per game. I do not think Barnes has some sort of regression in store, but I do think his burdensome role changes some. First of all, his rebounding all came on the defensive end and I would expect his opportunities to get them (and the need) to go down with DeAndre under center. Additionally, with Dennis hopefully improving as he and Luka learn to play a two man flow-style game, the need for Barnes to be a pure CREATOR goes down. He works exceedingly well in a post-up, but hopefully we don’t need that ISO skill nearly as much this year. I expect his 3 point shooting improve with 2 facilitators on the floor, hopefully getting him to 37-38% from 3, offsetting some of his numbers going down. Luka will more than likely share some of his time at both the 3 and the 4, also eating into his overall numbers, but I hope this allows him to be as efficient while keeping him fresh for the duration of the season.

This year is a contract year for Dorian after going undrafted and being a stand out project for the Mavs the past 2 years. He did improve last year statistically, even with the injury, but only extremely marginally. He benefitted from being one of the few players on the roster to fill in backup 3 minutes behind Barnes, but now Luka will eat into those, as will new Aussie sharpshooter Ryan Broekhoff who shot 50% from 3 in Australia last year. With DFS not looking exceedingly good in summer league and the added competition for his place on the team, he’s going to have to fight for playing time all year and if he’s not improving, he’s not playing.

Maxi was a delightful surprise at the start of last season who managed to earn rotation minutes as a spark off the bench. Kleber looked like he might be part of this team’s new core, and being a new import from the famed Wurzburg Germany, he looked a cultural fit as well. He is on a the last year of his current low dollar deal and would like to earn a long term spot as well as some cash to go with it in a contract year. However, I think Maxi will be one to feel the squeeze of the new additions of DeAndre and Luka. DeAndre eats so many minutes at the 5 that there aren’t enough to go around for small ball lineups and Luka eating into minutes at the 4 as well with his 20 yr old young legs, I’m just not sure where he gets his minutes. I like Maxi, I’m pulling for him, but he needs to excel in his limited time on the court to even do what he did last year.

I hope I’m wrong about all 3 of these folks having a down year compared to last year. I want everyone to have a BETTER year because that would lead to winning games and wins are like a rising tide: it lifts all ships. But some of these things have less to do with the players themselves and more to do with roster construction. This team is built for the better this year, let’s just get to training camp (1 month exactly!) and see what we’ve got.