Tuesday, November 29th, 2022
THE LATEST
Home Rangers Ranger Weekly: The Core to Build Around, Are they Ready?

Nomar Mazara is back, Profar is looking more and more like an everyday player, and Rougie is the MVP for the Rangers of the second half so far. So the question is this: Do the Rangers have the right core to build around? The answer is complicated, and if you stick around, I’ll give you a rundown of what the Rangers need to do.The Rangers have an excellent young roster to begin the rebuild that includes the obvious suspects: Nomar Mazara, Elvis Andrus, Rougie Odor, Jurickson Profar, Joey Gallo, Isiah Kiner-Falefa and Willie Calhoun. One thing in common with all of these players are that they play in the field rather than pitch, which has been the downfall of the home team in recent years. In 2017 before being traded, Yu Darvish was far from his previous All Star self, and this year, Cole Hamels was far from good before being shipped off to the Cubbies for some young pitching prospects. We can score 10 runs at a time with this lineup, but if our pitching gives up 11 runs, those runs don’t really matter do they? 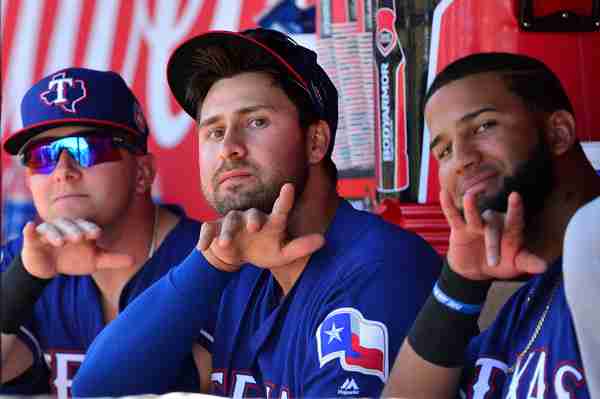 As much as we hate seeing the Rangers going through a struggle that we haven’t seen in almost a decade, a major overhaul of the pitching staff is needed. But its only half the battle finding the right positions to draft and sign, they have to produce once found. John Daniels did his part this season, wheeling and dealing for prospects left and right. No move he made was a blockbuster like we all wanted, but they were effective and smart. Pitching has always been a part of winning teams and successful seasons over the years, and he has made over 30 transactions involving pitchers since he was rewarded with a multi year contract extension in June.

This season from the beginning was set to be a wash, with the Rangers becoming sellers before the beginning of July, trading pitchers Jesse Chavez, Cole Hamels, Jake Diekman, and young stud closer Keone Kela. Not all of it was bad, as they received many pitching prospects in return, including Jason Bahr, Tyler Thomas, and Rollie Lacy. The hope is that they develop into good starting pitchers before 2020, giving the Rangers a young starting rotation for future years. One thing they CAN improve on besides the draft and making mid season deals, is free agency. They have generally strayed from paying big money to pitchers on the market, showing caution even with Mike Minor this past offseason, signing him to a short term deal. If they are willing to open the budget for solid starting pitching, they’ll realize there are many more options than they have limited themselves to in recent years. 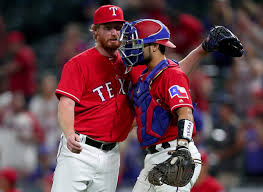 Pitching, pitching, pitching. The Texas Rangers need pitching, and they’ve done their due diligence in trying to stock up the farm system with strong young arms via trades and signings. However, with such a good lineup in place for the foreseeable future, they will need to figure out a plan to put a rotation together to take advantage of a young core that can do damage in a pinch. Do you think they have the right core for a rebuild? Go cast your vote on dalsportsnation.com!!