Texas Ranger GM John Daniels strikes again, dealing veteran left hander Cole Hamels to the Cubs for several low minor league players pending physicals and minor details. Hamels tenure as a Ranger has finally come to and end after a season where he was far from his best. 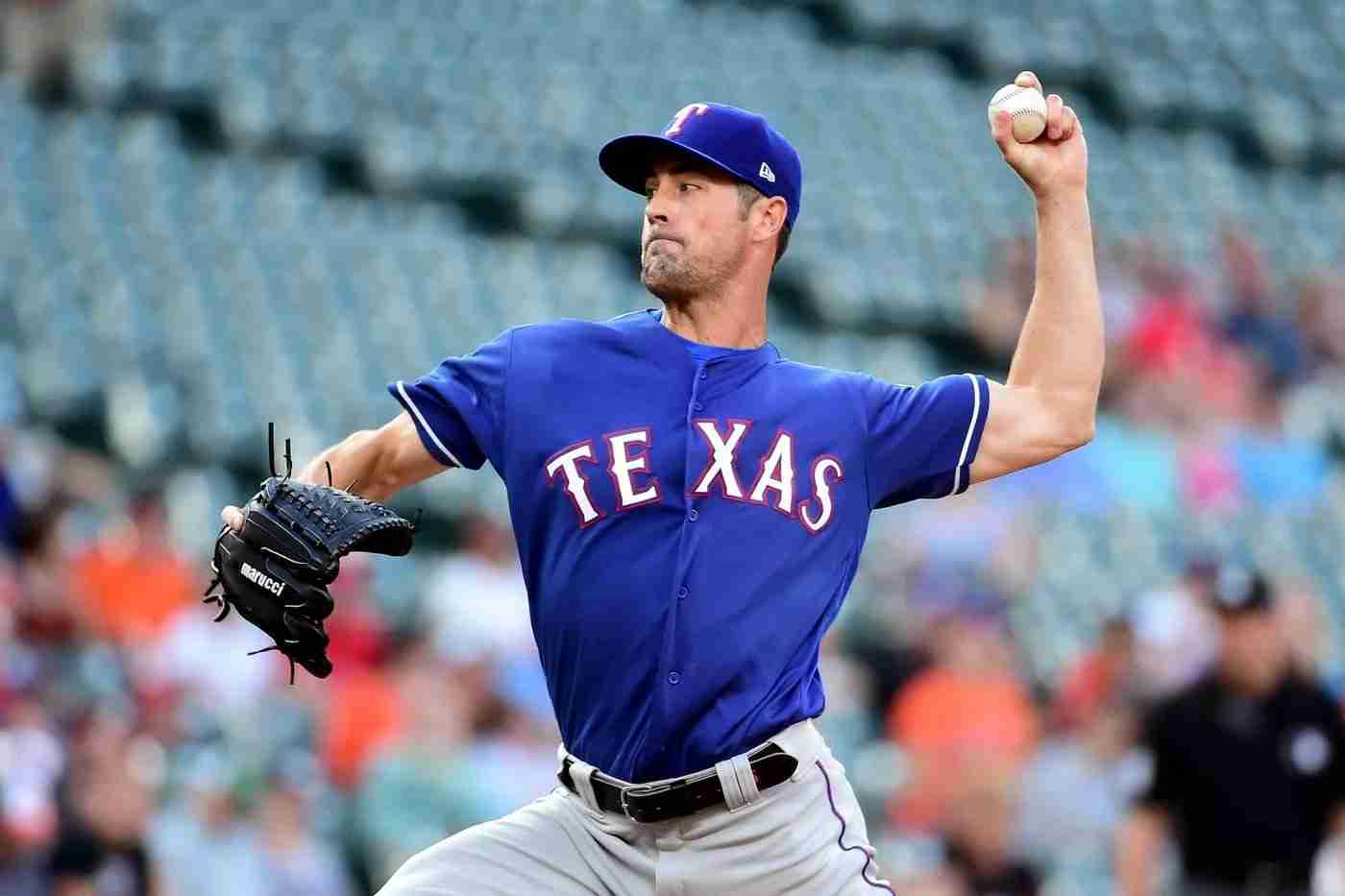 We knew the Rangers were shopping Hamels hard, looking everywhere from top to bottom for a compatible trade partner. The Cubs, losing out on the J.A. Happ sweepstakes, had to find pitching help before the trade deadline hits. Being in first place in the NL Central, the Cubs felt pressure from the streaking Brewers only 3 games behind them in 2nd place, forcing them to push for a trade.

Hamels is 5-9 on the season, posting a 4.72 ERA. He has given up a total of 23 home runs, but only 7 have come on the road away from the hitter-friendly Texas Rangers home field. He’s been much better on the road, shown by his 2.93 ERA and 4-2 record compared to 6.41 ERA and a 1-7 record at home. Maybe a change of scenery is exactly what Hamels needed, finally getting his wish, leaving Texas after a brutal month of July.

The Rangers received Rollie Lacy, 22, in return for Hamels. In his time in Low A and High A ball, he is 5-2 with a 2.45 ERA and an excellent strikeout rate of 10.49 per 9 innings pitched. He’s a former 11th round pick by the Cubs in 2017, towering at 6’4″ and 195 lbs. The Rangers have continued to bring in young pitchers to try and stock the farm system once again. The second player is yet to be named in the trade.

With one veteran gone, that leaves the ever intriguing Adrian Beltre left on the roster, hoping that J.D. can work his magic one last time before the clock strikes midnight. Finding a trade partner for an aging third baseman/DH may be a bit trickier though, but Ranger Nation can only wait and see.