The Mavs are nearing the end of the offseason and have let 7 players go. BUT they’ve also added 7 players. Let’s see what our roster looks like today. 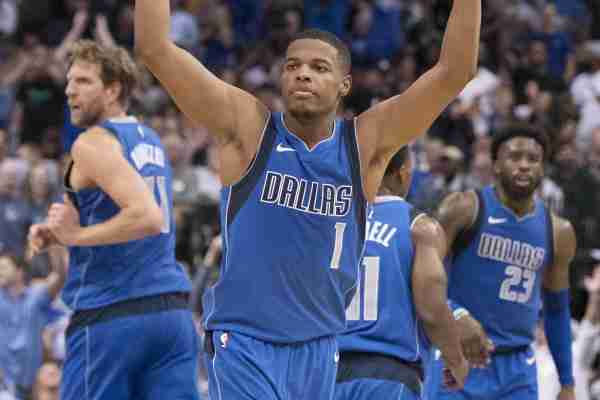 Since the Mavs won their title in 2011, one of the lasting and most stinging critiques of this organization is roster turnover. After they won the title, Mark Cuban famously broke up the championship team for favor of cap room declaring “We ain’t done yet!” while holding the Larry O’Brien Trophy. Since that specific decision, the Mavs front office has repeatedly cut mid-level players or let good players walk in order to have a CHANCE at signing a big time free agent every. single. summer. Then when it didn’t pan out every. single. summer. They would proceed to scramble and sign all players off the scrap heap to one year deals just to cobble together the season’s roster.

But after the 2016-2017 season, it seems that Cuban had finally realized that players would rather play with other players and try to win rather than an empty roster even if they get a good payday but lose 60 games. The front office managed to retain 11 of the 15 players from the previous season signaling that they turned a corner on that front. Then, they lost 58 games. So, the Mavs have revamped the roster by letting players walk again! But this time, you can see the future. You can see the light out of the darkness. You see Harrison Barnes growing into maturity, you see a dominant defensive presence in DeAndre Jordan testing out the Mavs on his one year deal and you see the future of this team in your young tandem of Dennis Smith Jr. and Luka Doncic. Let’s look at who’s gone and who’s here to stay (at least for now).

For those of you keeping track, that’s a 14 player swing with 7 players leaving and 7 players being signed. This roster is going to have some additional players join or leave as some of the contracts, like Ding, who are non-guaranteed and will have to earn a spot in training camp as well as folks like Devin Harris who may be brought before camp starts. The two things that are admirable and different than previous roster rebuilds:

These two things show that this isn’t pure turnover as we’ve come to know it the past few years, it’s planning for the future. Even if folks don’t stay, we have them as assets who can bring other pieces in return. Get to know your new team this year, you might be seeing them for a while.