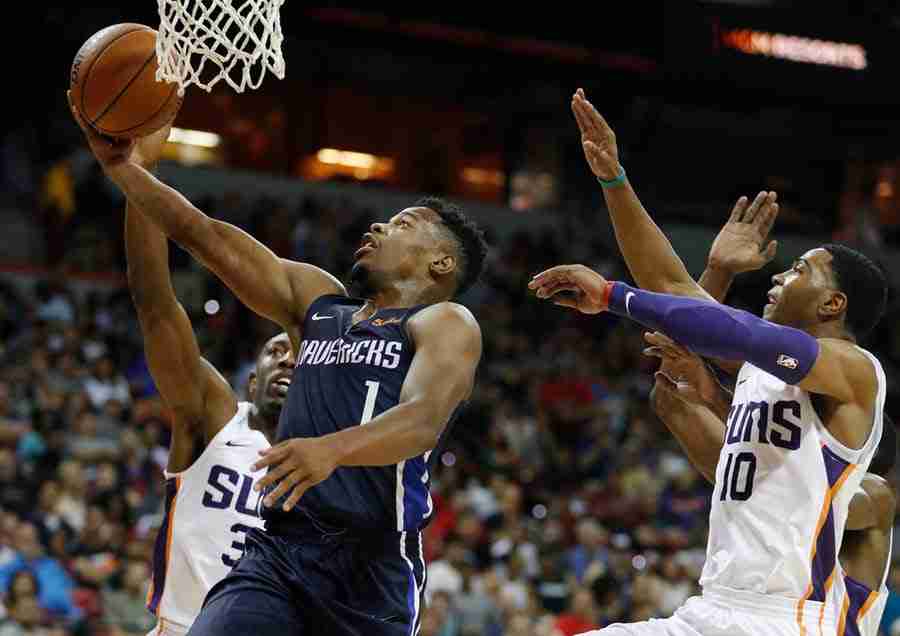 The Dallas Mavericks just celebrated a blowout win against the Golden State Warriors on Sunday night. Granted, it was the JV squads of both teams during summer league, but let’s celebrate all the wins, not just the big ones!

The Dallas Mavericks summer league goes into today’s tournament play with a record of 2-1 after falling to Deandre Ayton and the Pheonix Suns 85-92, beating the Milwaukee Bucks in a fun one 81-78, and finally crushing the Warriors 91-71.

Summer league is not for everyone as the teams are unfamiliar, most guys won’t end up on the roster and it’s not nearly the level of play people expect from the NBA product. This is all valid, but it’s our first taste of basketball since the finals and there is some nuggets that are worth seeing during play. What follows are some random thoughts from observing summer league games.

Due to getting his contract cleared from his FIBA Eurobasket contract he was not able to participate in practice or games until yesterday. So, unfortunately for all Mavs fans, we missed the chance to see Luka and Dennis Smith wreck shop on unwitting teams. There is a SMALL chance he plays now, but the staff just want him to get some work in practice with the team and aren’t at all focused on getting him into a game, even though Luka has expressed that he would play if he could choose.

DSJ should not have been in summer league this year, but he played the first 2 games and looked a few steps quicker and smarter than most people on the floor. His stat line wasn’t as pretty as it should be as he was working on the mechanics of his jump shot, so he didn’t impress there. But the good news is, he can still dunk.

Two players who needed excellent summer league games kinda pulled it off. Dorian Finney-Smith, in his 3rd year of summer league, and Jonathan Motley, in his second year, were both expected to take a huge step forward. In the first game vs Pheonix, neither one looked ready to go. They had poor stat lines for players with real NBA experience and just looked out of rhythm. The practice between games 1 and 2 must have gotten their head right as the pair wrecked shop on Milwaukee and looked like players that deserve roster spots.

Brunson has led a team to an NCAA championship only a few months ago, so my expectations for him in summer league were reasonably high. He looked good next to Dennis and his passing and IQ were on display, giving you hope for his role on the team. However, his shooting was pretty rough only shooting .160 over 3 games. His shot will come, just hopefully before he gets to training camp.

Ray Spalding can hit a decent looking three and looks like he’s going to be fun down in Frisco if you live in the area.

Jalen Jones looked really good one game and then really average the next. I don’t know if he makes this Mavs roster, but his potential might keep him around.

Kostas Antetokounpo is very springy, very long and very raw, but it was exciting to see his brother Giannis checking out the game and rooting for your Mavs. Kostas needs some work, but he has a very interesting ceiling.