So the Mavs came out of draft night with the player they wanted who just so happens to be the most experienced player in the entire draft. Luka Doncic seems to be the face of ‘The Future’ for your Dallas Mavericks and seems to do many things well. He can shoot, he can pass, he can defend a little on the perimeter, but he is only 6’6” and is not known as a rim protector or shot blocker. In a draft class full of high upside bigs, including some that set records with their measurables, the Mavs drafted a Small Forward and a Point Guard leaving much to do down in the paint.

They did draft two bigs later in the draft, but they are not at all ready for the NBA at this point. So the answer MUST come from Free Agency. Dallas is more than loaded with PGs, so we don’t need more of those. Dallas also has plenty of players to eat PF minutes so we don’t need those. That leaves your wings (SG & SF) and centers. Dallas does have some of these on the roster, but as we detailed here, not many of those are a lock to be retained.

Mavs finished in the bottom of the league in rebounding with Dirk as their starting center, so protecting the paint is a MUST with the newly constructed roster. Any other playmaker additions are just that:  playmakers. So a defensive anchor will help a team who won 24 games back to the NBA playoffs. The Mavs have enough money available and could easily clear room to fill out a max contract so for the purposes of this exercise, we will leave money out of it considering that we are looking at singular players.

So who is available? How do they fit? Do we want them on this young team? How realistic is it to get them? All questions we have to ask ourselves about anyone who wants upwards of $10M from our team.

Boogie was one of the most dominant big men in the NBA before he ruptured his Achilles. He could stretch the floor, defend the paint, get rebounds and average more than 2 blocks a game. But as we all know, an Achilles is not an easy injury to come back from. The question for the Mavs is whether they think Boogie can be close to his pre-injury dominance.

Is he a fit? I think PRIME Boogie is a great fit on the floor. He’s 27, can help space the floor and protect the paint, but his known attitude and work ethic lead me to believe he might not be PRIME Boogie ever again. And you don’t want a bad attitude around your new franchise cornerstones.

Realistic Option? I think he is a realistic option IF he is willing to acknowledge he is not a MAX player when coming off such a severe injury. If he drops to $20M or below, he might be a Maverick. I give it a 25% chance of happening.

He just helped the team with the best record in the NBA last year take Golden State to game 7 in the western conference finals. His Houston backcourt of Harden and Paul is the CEILING for what Dennis Smith and Luka Doncic can be, so why would he leave that? The only real answer is money.

Is he a fit? Clint Capela is the perfect fit for the Mavs free agency. He does everything well the Mavericks need from their center and fits their timeline being only 24 years old. If the Mavs get their hands on him, you have your team for the next 4 years nearly set.

Realistic Option? All the reasons that the Mavs would value him, the Rockets also value. He’s in a winning situation and there is no real motivation to leave. The biggest problem being that he is a restricted free agent, allowing Houston to match anything we offer him and I expect them to do so. Put this down as a 10% chance.

*GASP* Yes, that DeAndre. After one of the craziest free agency moments in NBA history, it appears that the Clippers want to fully embrace the rebuild and have numbered his days in LA by trading Austin Rivers for Marcin Gortat. Why pick up a center when you have one? Because he’s gone. It would seem that the Mavs are willing to let bygones be bygones as well, indicating they would be interested in a sign and trade for DeAndre.

Is he a fit? If he can be the same guy he was last year (Averaged 12 pts, 15 rebs & 1 blk a game) and still finish above the rim, he can help your Mavs. He’s older than the Mavs want their core to be at 30, but he would only be on the books for this season.

Realistic Option? I think he is a very realistic option if a sign and trade can be worked out between the teams. The real question is if all sides, DeAndre, the Clippers, the Mavs, Cuban, and the MFFLs can all move past 2015. If so, we have ourselves a good, one season stopgap. I say this one is 50-50.

Randle had himself a career year last year in LA and is looking to get paid. Randle has been long linked to Dallas because he was born here and grew up watching the hometown team.

Is he a fit? Randle is another offensive minded presence like Boogie that presents just as well as a power forward as he does a center. He would provide a 5-out offense, but really only provide rebounding on the defensive end while not being the defensive anchor we need. However, he is young (24) and strong, so he would fit the team’s needs there.

Realistic option? If the Lakers land big named free agents like LeBron or Paul George, he would most likely be cut loose first thing. Randle is an option for the Mavs at both frontcourt positions, but not at true top dollar pricing. If the deal is right, he could very easily be a Maverick. Handicap this one at 20%. 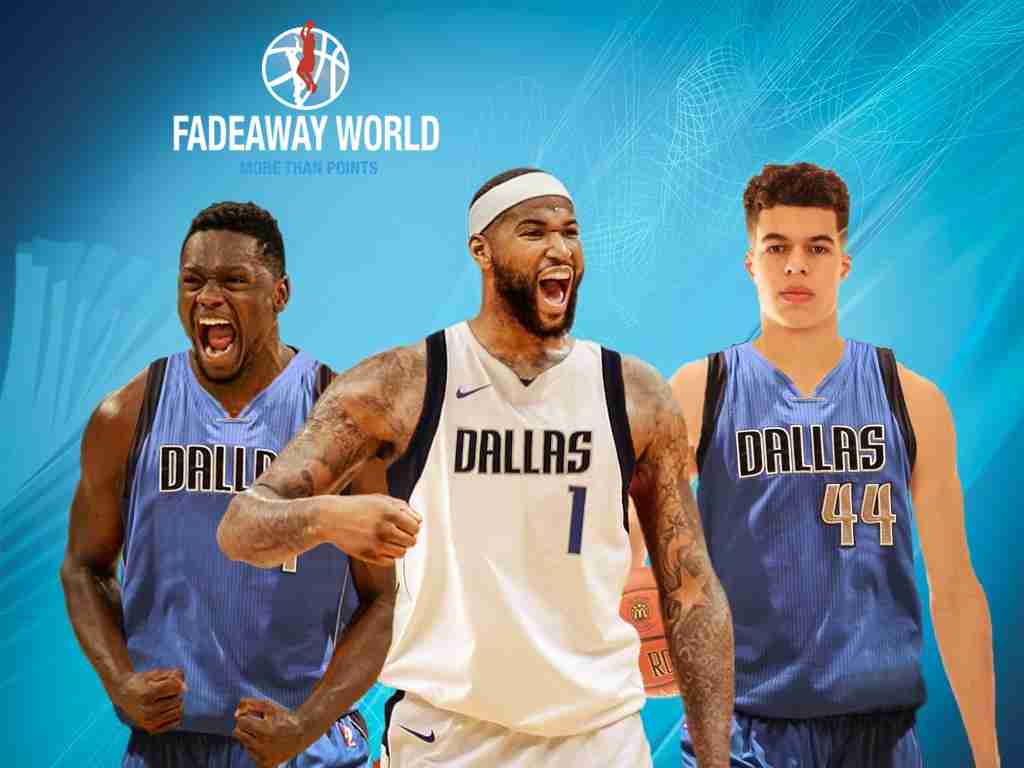 Now these folks could all be gotten by money whipping them, but the Mavs are looking to get bang for their buck both now and on down the road. I don’t foresee them blowing someone away with money, but I do foresee the real possibility of doing a sign and trade to get a bigger player than we have money for.

There are, of course any number of options out there like Alex Len, Enes Kanter, Brook Lopez and a dozen options including our own Salah Mejri are also available, but they are notably a step down from the options presented.

Saturday will tell us a lot about what the Mavs plans are and how our season might go. We’ll figure out together next week!