The NHL has released the full 2018-2019 regular season schedule, with the Dallas Stars playing a total 82 games – 41 at home, and 41 on the road. The Stars’ season will begin at home on Thursday, October 4, against the Arizona Coyotes, kicking off a four-game homestand for the Stars. The team will then fly to Ottawa, on October 15. 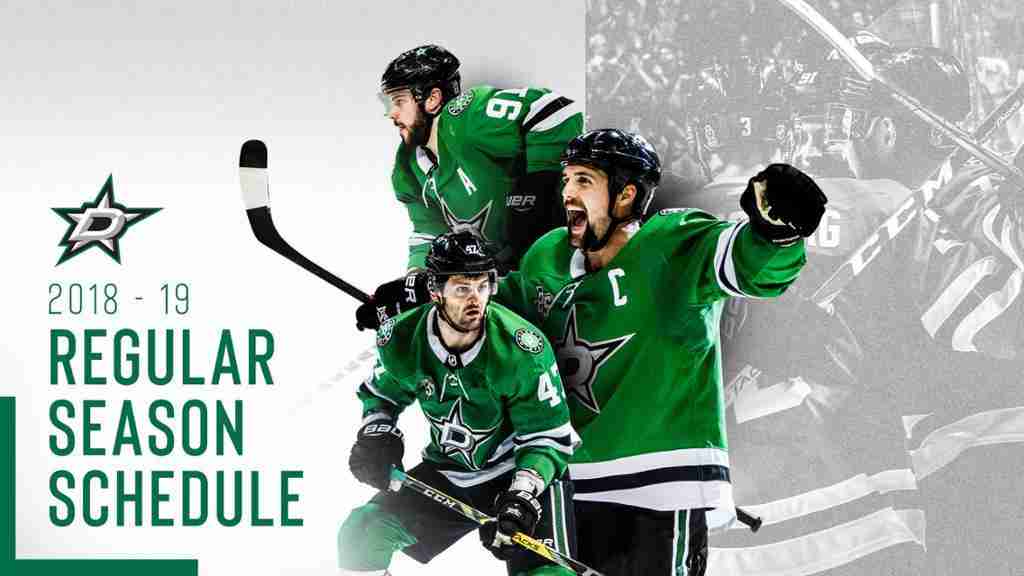 The team will go on a season-long six-game road trip from October 28 – November 6, visiting the Detroit Red Wings (Oct. 28), Montreal Canadiens (Oct. 30), Toronto Maple Leafs (Nov. 1), Washington Capitals (Nov. 3), Boston Bruins (Nov. 5), and Columbus Blue Jackets (Nov. 6). Their final road game of the season will be on Friday, April 5, against the Chicago Blackhawks, with the final game of the regular season taking place at the American Airlines Center on Saturday, April 6, against the Minnesota Wild.

Most of the team’s Monday through Thursday games are scheduled to start at 7:30 pm, with all Friday night home games scheduled for 7 pm. Keep in mind that all times are subject to change, so make sure to double check the schedule.

Full and Half Season Ticket packages are now on sale. Fan resale tickets are now available for purchase, while 10-Game Packages and Single Game tickets will be available at a later date.