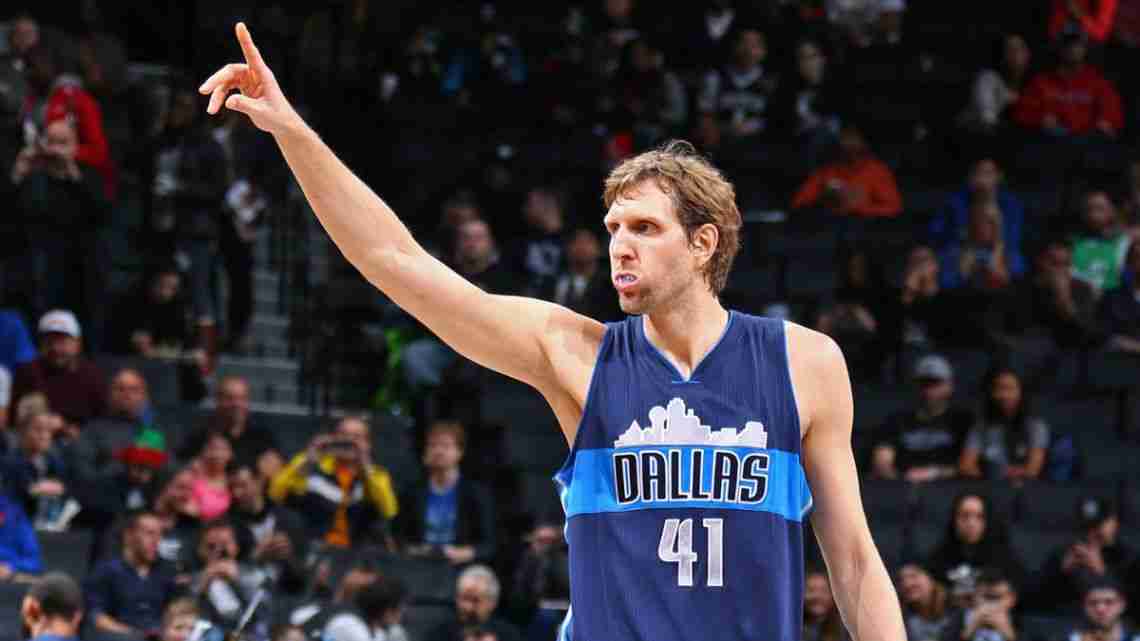 Dirk Nowitzki is the 6th leading scorer of all time with 31,187 career points. He is a 13x All-Star, 12x All-NBA, the 2006-2007 League MVP, and 2010-2011 Finals MVP while getting his championship ring. Over his 20 yr career in Dallas, he is the franchise leader in games played, minutes, points, free throws, rebounds, blocks, and player efficiency rating amongst a dozen other franchise records. Off the court he is the heart and soul of this team and a pillar of the Dallas community. Dirk is the greatest athlete the metroplex has ever had and you can’t convince me otherwise. I know all this, so please don’t bite my head off for the headline.

What I’m merely pointing out is that Dirk is playing year to year with the intent on retiring before the end of our 2018 first round draft pick’s rookie contract. With that in mind, I thought it would be interesting to look at the ways the potential draft picks are like Dirk, the ways they differ and impact that they can potentially have on Dirk on the court.

In part 1 of this 3 part series leading up to draft night, I will look at 3 of the players most closely linked to Mavs and their 5th pick. Most would agree that Deandre Ayton is going #1, Luka Doncic and Marvin Bagley III are set to go with the following 2 picks in some order. That would leave Jaren Jackson Jr., Michael Porter Jr. and Mohammed Bamba as the most likely picks for the Mavs at 5. So let’s look at ways that each of them can contribute in Dirk-esque ways, ways they are nothing like the greatest player the Mavs have ever seen, and ways that they can impact Dirk directly once they get here. 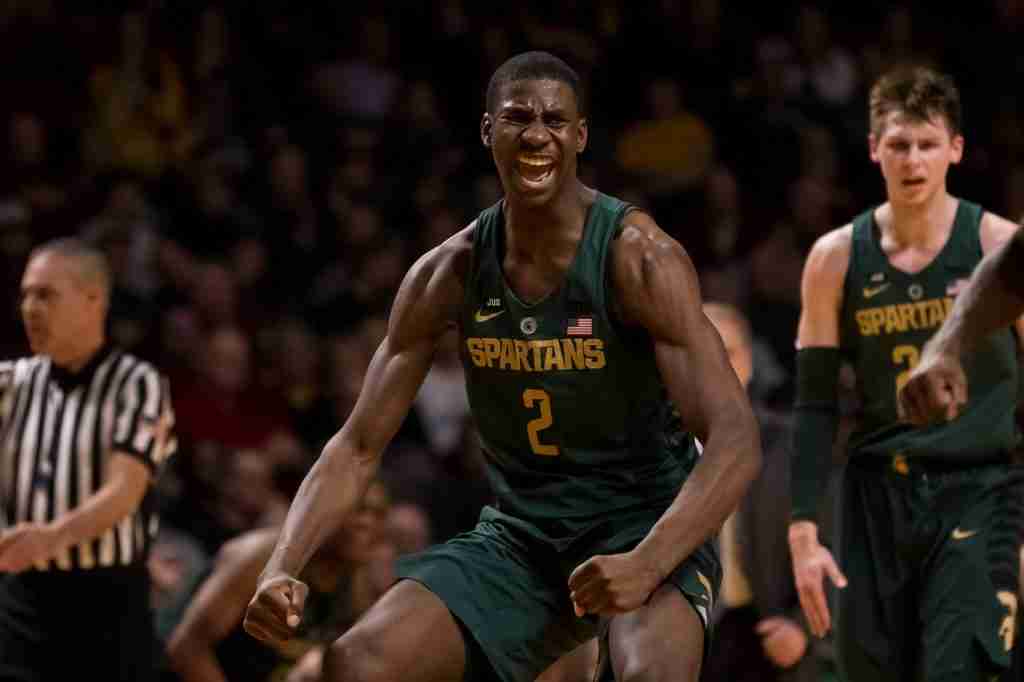 Jackson Jr. (JJJ) is probably the best 2 way player at this moment of the group we will be considering, but scouts point out that he lacks the ‘ELITE’ tag with any of his skills. He is a big man who can protect the paint, block shots with the best of college and shoots the 3 at a really remarkable clip all while being the youngest player entering the draft at 18. He played on a really successful team where he was a defensive cornerstone, but played somewhat out of position for the teams’ sake and only played 22 minutes a game. So his abilities are more than his stat line.

Per Basketball Reference, JJJ shot the 3 in his lone season at Michigan State at 39.6% and Dirk has a career 3 PT shooting percentage of 38.3%. While the NBA and NCAA 3 PT line are different, the ability to shoot the long ball at roughly the same rate is noticeable. Some scouts view a college player’s FT shooting as a better indication of what their shot will translate to in the NBA. Well, JJJ shot 79.7%, which was actually better than Dirk shot in his rookie year, 77.3%. Granted, Dirk never dipped below 83% after that, but JJJ is allowed to improve also. Point being that we know that he can space the floor and score by playing 5-out style of offense as Dirk does now for the Mavs.

How is he different from Dirk?

Pros– JJJ had one of the highest block rates (3.0 per game) in college and can use his athleticism to close distance out on opposing offenses in a way that Dirk never really could and certainly can’t now. At Michigan, he was able to defend both in the paint and on the perimeter which would be very beneficial in the Mavs zone defense that they use regularly.

Cons– Everyone can agree that Dirk’s shooting stroke is one of the smoothest and mechanically sound shots we can think of. JJJ’s shot is, to date, not. It is a push from in front of his chest and it concerns some that it may not translate to the NBA as well. And most strikingly different than Dirk, JJJ has almost NO midrange game. Dirk has made his career off of the midrange elbow and JJJ has no feel for the area focusing on his outside shot and points in the paint.

If the Mavs draft Jaren Jackson Jr., Dirk most likely still starts at center with JJJ coming off the bench soon after to relieve him and still play constructive minutes. There is a very real possibility that they play alongside each other with that second unit where JJJ is the defensive anchor while guarding the more aggressive forwards for Dirk. Dirk ends up helping JJJ shoot better and lets Dirk age gracefully by taking the burden of defense off of him. 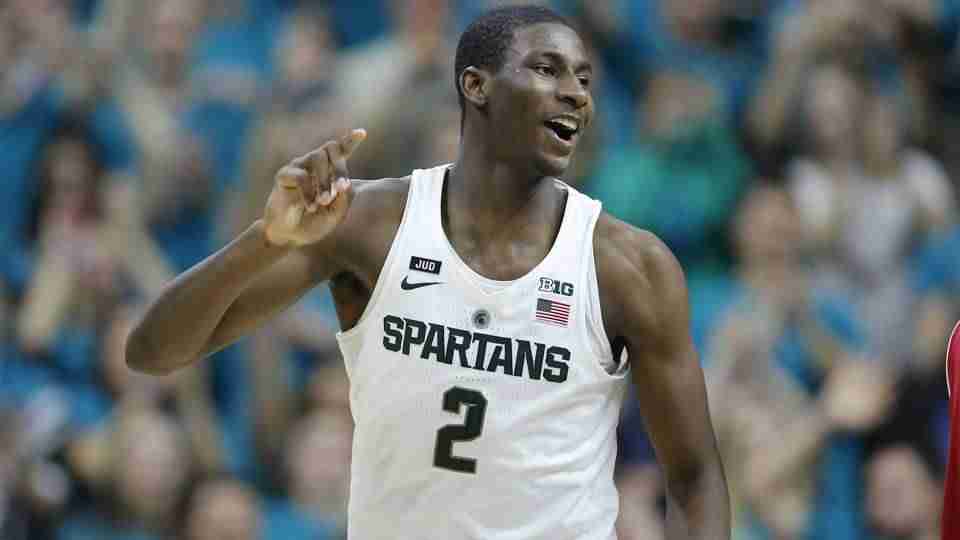 JJJ would be a great big man addition to the Mavs that will take some time to fully develop his skills, but would bring a tenacity that the Mavs need from their bigs if Dirk is ever going to feel like he’s fully leaving his team in good hands.